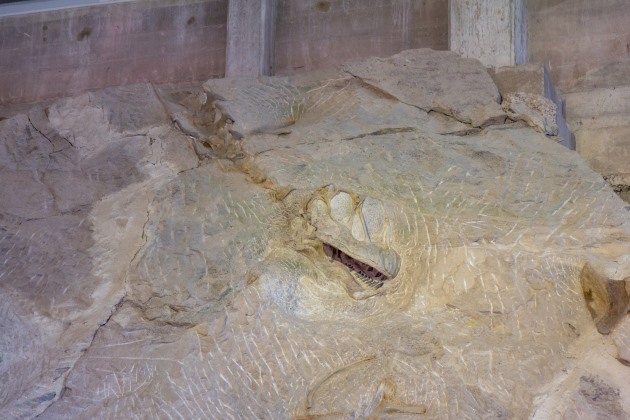 A fossil in the Dinosaur Quarry of Dinosaur National Monument in Utah.

With "Jurassic World: Fallen Kingdom" opening in theaters on Friday, the fifth installment of the blockbuster film series is certain to expand its already huge fan base of pint-sized paleontologists.

Parents can best prepare for the dino-mania by including a few fossil sites and dinosaur attractions in the family’s summer vacation plans. That’s easier to do than you might think: there are dino-digs scattered across the country along with a number of natural history museums that feature excellent dinosaur exhibits.

Here’s a list of some of the best sites to help you get started.

Discovery of late Jurassic epoch fossils at this site on the Colorado/Utah border began in 1909 when paleontologist Earl Douglass was searching for fossils for the Carnegie Museum collection.

Douglass uncovered a formation thickly layered with prehistoric plant and animal remains. A quarry was established at the site and in 1915, Dinosaur National Monument was created to protect 80 acres in the quarry area.

Today, the monument covers more than 200,000 acres. You can see some 1,500 dinosaur fossils exposed on a cliff face inside the Quarry Exhibit Hall — and follow a 1.5-mile trail to view the bones of a Sauropod, a giant plant-eating dinosaur.

This 40-acre private quarry, located an hour west of Delta, contains one of the world’s richest deposits of trilobites. These distinctively detailed fossils are a form of hard-shelled invertebrate marine life that lived more than 500 million years ago, roaming the ocean floor in search of food.

The fossils are found in limestone shale, easily split apart into flat sheets revealing the trilobites. For a modest fee — starting at $28 for adults, $16 for kids 7-16 — you can experience the thrill of digging up (and keeping) your own fossil trilobites.

Since excavation began here in the early 1990s, about 60 fossil sites have been located and work continues at four to six sites at any given time.

Begin your visit at the center’s 12,000-square-foot museum where several dozen mounted dino specimens are displayed — including an enormous 106-foot-long Supersaurus, a Triceratops (Wyoming’s state dinosaur) and the country’s only Archaeopteryx.

This is one of the few dinosaur museums in the world to feature active excavation sites, so join a 10-minute bus ride to one of the sites to see hundreds of bones, teeth and tracks made by Allosaurus and Sauropods.

Beneath this grassy mountain meadow just west of Colorado Springs lies one of the richest and most diverse fossil deposits in America.

During the Eocene epoch, some 34 million years ago, the region was buried in volcanic mud, petrifying the redwood trees growing there and entombing a variety of plants, birds and insects.

Explore hands-on exhibits and fossil displays in the visitor center — then walk the mile-long Petrified Forest Loop to view massive redwood stumps, many of which are 12 to 14 feet wide. Nearby is Florissant Fossil Quarry, a pay-to-dig site where you can find plant, insect and bird fossils. 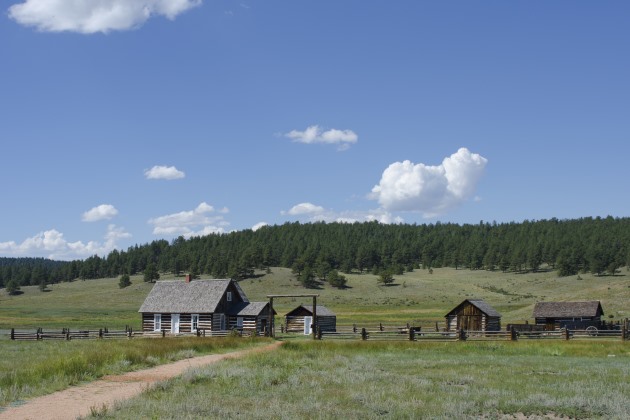 More than 260 skeletons, representing 17 species, have been unearthed at this site in northeastern Nebraska. Most of the skeletons are from a prehistoric rhino-like creature named Teleoceras.

The beasts were among those that perished after being enveloped in ash resulting from a giant volcanic explosion 12 million years ago in what is now Idaho.

Your first stop at Ashfall should be the visitor center with its interpretive displays and fossil preparation laboratory where you are invited to ask the paleontologists about their work. A short stroll leads to the Rhino Barn, an enclosure featuring a walkway overlooking a site where excavation is ongoing — and where you can view complete, articulated skeletons of the big barrel-bodied rhinos.

Designated a national monument by President Barack Obama in 2015, this site presents one of the richest ice age fossil beds in the world, preserving the only known nursery herd of Columbian Mammoths.

These huge animals died in a single event — probably a flood — about 70,000 years ago. Since the site was discovered in 1978, researchers have found 23 mammoths and numerous other fossilized remains, including those of a saber-toothed tiger. 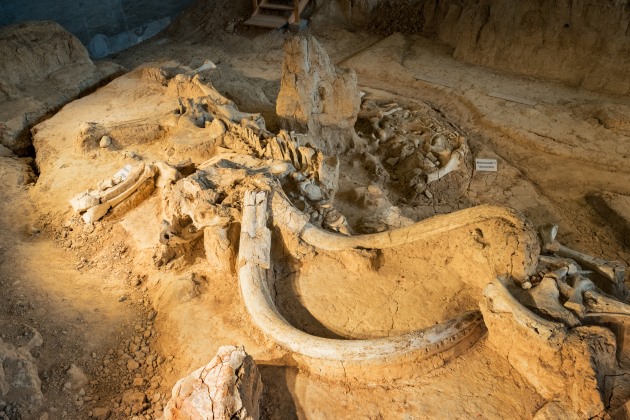 Visitors are welcome to join a ranger-guided tour to view the mammoth fossils in-situ (still in their original position within the bone bed) inside a climate-controlled dig shelter.

Approximately 113 million years ago, dinosaurs left footprints in the mud at the edge of an ancient ocean. Today, you can walk in those tracks in the bed of the Paluxy River. This long trip to the past is just a short drive south of Fort Worth.

Herbivorous (plant-eating) Saroupods came here to browse tropical palms and conifer trees that grew along the shore. Carnivorous (meat-eating) Theropods, most likely Acroanthosauras — a smaller relative of the Tyrannosaurus — followed in search of prey: the plant-eaters.

You’ll see their tracks intermingled along the riverbed — silent reminders of life in prehistoric times.

This dinosaur park offers another great opportunity to view dino tracks — these laid down by carnivorous Dilophosaurus some 200 million years ago during the early Jurassic period.

In fact, it’s said to be North America’s largest dinosaur track site, featuring more than 500 distinctive three-toed prints protected beneath a soaring geodesic dome. An additional 2,000+ tracks — discovered in 1966 when workers unearthed them while digging the basement for a new state building — were reburied to preserve them.

The park’s Exhibit Center features interactive exhibits and fossil displays, and there’s an arboretum containing living representatives of plant families — conifers, ginkgoes, magnolias and others — that flourished during the age of dinosaurs.

American institutions best known for their dinosaur displays include New York’s American Museum of Natural History, featuring nearly 100 dino skeletons and cast specimens, including the first virtually complete Tyrannosaurus Rex and a Velociraptor — made famous by the "Jurassic Park" films. 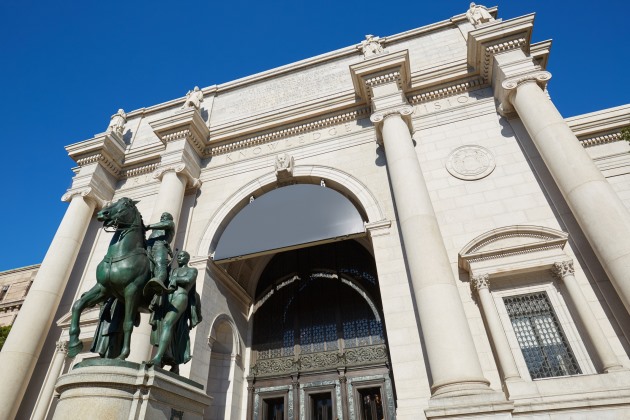 The front of New York’s American Museum of Natural History.

The Smithsonian Museum of Natural History in Washington, D.C., boasts a collection of some 46 million fossils — largest in the world. While the National Dinosaur Hall is undergoing renovation until sometime in 2019, there’s an excellent exhibit, "The Last American Dinosaurs," on view on the museum’s second floor.

At Atlanta’s Fernbank Museum of Natural History, a flock of Pterosaurs flies overhead while murals and life-size dino models — including an Argentinosaurus, one of the largest dinosaurs ever classified — conjure up life in prehistoric Georgia.

Chicago’s Field Museum is justly famous for its dino named Sue, the largest, most complete and best-preserved Tyrannosaurus Rex skeleton in the world.