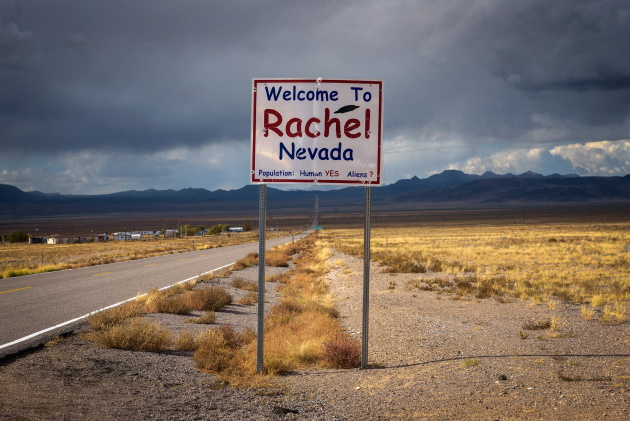 One of the more unusual memes to emerge from the COVID-19 pandemic has been the unprecedented increase in UFO sightings across the nation.

Data from the nonprofit National UFO Reporting Center, an organization that records UFO-related events, indicates sightings are up 51% so far this year compared to the same period in 2019. Among the more than 5,000 sightings recorded this year, most have occurred since the COVID-19 lockdowns began in earnest. Apparently, there are plenty of homebound eyes scanning the skies these days as the quarantine continues for many.

With the thought in mind that we earthlings may not be alone in the universe after all, the time might be right to take up your own investigation of UFO hotspots. Here are four of them, all notably located in the Western U.S.

This U.S. military installation — officially known as the Nevada Test and Training Range — is located in the desert about 100 miles north of Las Vegas. Closed to visitors, it is a facility so secretive that the government won’t even acknowledge its existence or purpose. The mystery surrounding Area 51 has long fed UFO conspiracy theories, including the belief that the area is a storage facility for an alien spacecraft (and its occupants) that reportedly crashed near Roswell, New Mexico, in 1947.

Conspiracy theorists also believe the area is used to manufacture and test aircraft based on alien technology. It has since become the icon of American UFO legends, featured on episodes of “The X-Files,” scenes from “Independence Day” and noted in virtually every published reference ever made to extraterrestrials.

The dusty little desert town of Rachel (pop. 96) near the entrance to Area 51 plays along with visiting UFO enthusiasts, offering lodging at Little A’Le’Inn, a local motel and restaurant that is said to serve a pretty decent burger. Several local residents offer tours of the Area 51 perimeter.

With its clear, dry desert skies, high elevation (4,350 feet), numerous spiritual vortices and a population some say indulge in the occasional hallucinogen, Sedona is one of America’s most popular destinations for spotting UFOs. The number of reported sightings in the area is actually quite staggering.

This small town in the heart of Oregon’s wine country may be better known for flying saucers than for its pinot noir. The story began in 1950 when Paul and Evelyn Trent shot some black-and-white photos of flying saucers above their farmhouse near McMinnville. The pictures were published in Life magazine and newspapers across the country and are often cited as the most famous photographs ever made of UFOs.

Never debunked, the Trent images became the iconic photos of the era’s UFO craze. To keep the buzz going, McMinnville hosts the nation’s second largest UFO festival — the UFOFest — each May, featuring films, speakers, music and a parade where everyone dresses up like aliens and astronauts. The 21st annual UFOFest is set for May 13-15, 2021. 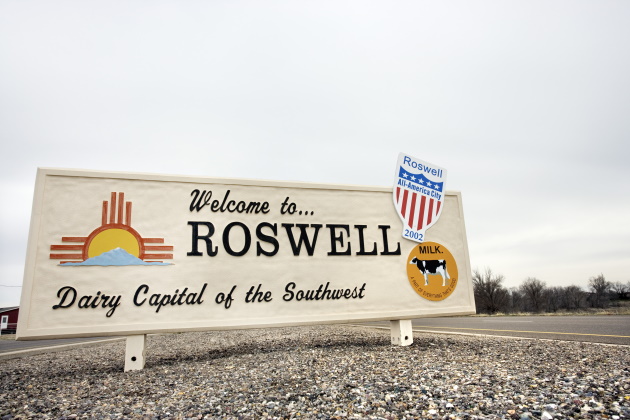 Despite the welcome sign, Roswell remains synonymous with UFOs more than 60 years after the July 1947 incident.

The golden age of extraterrestrial encounters no doubt began in July 1947 when the military announced it had found the remains of a crashed flying saucer (the term UFO hadn’t yet been adopted) in the desert near Roswell. Ever since the legendary find, alien conspiracy theorists have claimed that the remains of the flying saucer and its dead alien occupants were secretly transported by the military to highly classified Area 51 in Nevada.

Local interest in the crash and research by several eminent “ufologists” eventually led to the founding of the International UFO Museum and Research Center and the formation of an annual UFO Festival staged every Fourth of July weekend. The event attracts tens of thousands of visitors for live entertainment, guest speakers, fireworks and a gala parade. The event has been renamed the AlienFest for 2021 but owing to uncertainties surrounding the COVID-19 pandemic, further information about next year’s festival is TBD.