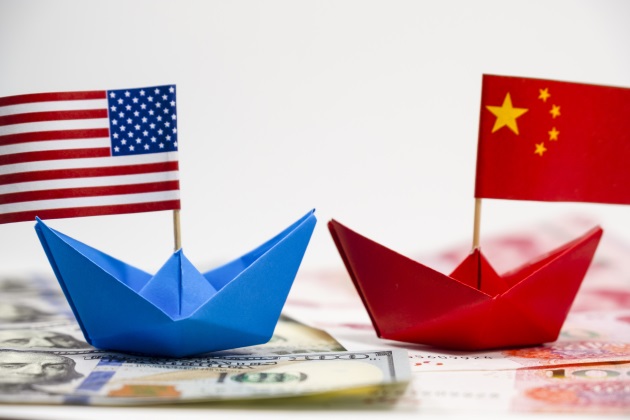 It took three days for the Chinese government to retaliate against President Trump imposing new import tariffs from 10% to 25% on $200 billion of goods earlier this month.

U.S. imports in China will face retaliatory tariffs, according to China’s Finance Ministry, rising from 10% to 20 or 25% on thousands of goods from alcoholic beverages to apparel. What does this latest move in the two nations’ escalating trade war mean for American businesses and consumers?

Douglas K. Barry is director of communications and publications for the U.S.-China Business Council, a private, nonpartisan, nonprofit group of about 200 U.S. firms doing business with China.

"New tariffs imposed by China will hurt U.S. manufacturers," Barry told MultiBriefs in an email. President Trump ran for the White House in part on a plan to revive American manufacturing.

The data does not indicate that manufacturing revival is happening. U.S. industrial production dropped 0.9% from April 2018 to April 2019, according to the Federal Reserve Bank.

What about agricultural businesses in the U.S.-China trade tumult? "Farmers, already feeling the pain from an earlier round of tariffs, will be harmed even more," Barry said.

Soybean farmers in red states that supported Trump in his successful campaign for president have been dealing with China’s imposing of import tariffs. The same red state farmers might take cold comfort in what agricultural interests in blue states such as California are experiencing.

"The real damage associated with the third Chinese tariff increase (effective June 1, the total tax and tariff on U.S. wine will be 91%) is the loss of market share in a rapidly growing market," said John Aguirre, president of California Association of Winegrape Growers, to MultiBriefs in an email. "China was once the fastest growing market for California wines and had the potential to be a very large market for U.S. wines."

In essence, China’s new U.S. import tariffs will slow consumer and business demand for California wine. Do you think that competitors are standing still, as California wine exports to China dropped roughly 25% in 2018? If so, you might think again.

"As the Europeans and Australians capture a greater share of the market, we can expect to see a much smaller market in the future for U.S. wines (compared to what would have been without tariffs)."

It is unclear when talks between China and the U.S. will resume. Meanwhile, their trade war is heating up. When it will stop is anybody’s guess.