Amazon vs. Walmart shaping up like Mayweather vs. McGregor 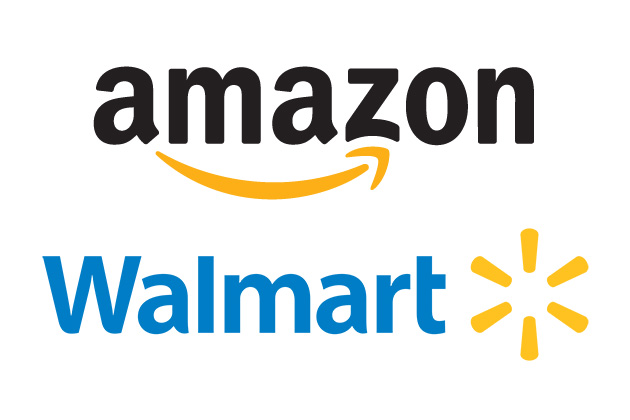 As Amazon continues to enter and disrupt new markets (e.g., medical records and meal kits), its grip on retail appears ever-tightening. The collective sector faces the lingering question: Can anyone compete with Amazon?

If anyone can, it's probably Walmart. The discount giant has put huge investment into bolstering its online business, and its recent earnings report revealed noticeable progress in e-commerce. Furthermore, Walmart is quietly mechanizing to battle Amazon on another front: advertising.

It's shaping up like the retail version of the upcoming boxing showdown between Floyd Mayweather and Conor McGregor.

Let's begin with our quick tale of the tape.

We'll call Walmart our Floyd Mayweather — the long-standing champion of the traditional sport. On the other hand, Amazon is like McGregor — a powerful, fearless and boisterous upstart emerging from a new breed of pugilism (mixed martial arts) and stepping into new venues.

Amazon came out swinging with its online commerce, and clearly dealt Walmart a significant blow, but Walmart gathered in its corner and put together a fighting strategy.

This past week's earnings reports revealed that Walmart's online sales grew 60 percent over the past quarter as more shoppers used its online outlets, including Jet.com. Profit has been slowed by the costs of competing, including the acquisitions of Jet.com and other online retailers like Modcloth and Moosejaw. But the gains in e-commerce are significant for Walmart and its omnichannel approach.

Of course, Amazon recently counterpunched, purchasing Whole Foods in a surprising move that came at a tab of $13.7 billion. It was another encroachment on Walmart, which currently boasts the leading market share of the grocery vertical.

It appears the next round between the two will come in an unexpected ring — advertising. Neither Walmart nor Amazon typically comes to mind when you think of advertising players, but their continued forays into both online and brick-and-mortar commerce are putting them into a position of power in advertising due to a highly valuable resource: data.

Walmart has begun collecting and combining in-store shopping data with that of its online properties. Many concluded Amazon's primary interest in Whole Foods was access to data.

Amazon has the clear early lead, with one analyst expecting Amazon's advertising revenue to reach $5 billion by next year. Amazon is attractive to advertisers because many consumer begin their product searches with Amazon.

But as Walmart's online customers and sales increase, so does its ability to entice advertisers. Walmart.com has recently increased the number of third-party display ads it serves, straying from a tendency to promote only its own products and discounts. It also now offers native ads and programmatic buying programs.

Both Amazon and Walmart have made it clear that advertising is a part of their plans going forward.

Unlike Mayweather-McGregor, though, a true winner between Walmart and Amazon won't be declared anytime soon. They will likely be rivals for the foreseeable future, and most likely not just in retail.