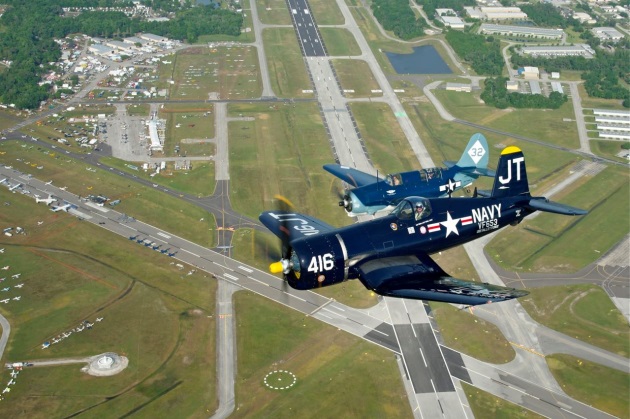 Lakeland’s Linder Airport in central Florida will soon be the focus of large cargo jets and thousands of extra workers as a deal to bring a new Amazon air cargo facility is approved.

While the roar of the Blue Eagles and historic piston aircraft at this year’s Sun ‘n Fun Fly-In and Expo were still entertaining the crowds at the airport, the deal to bring Amazon in was entering its final stages.

This will see Amazon invest over $100 million in constructing a 285,000-square-foot air cargo complex on a 47-acre site, with space for seven of the company’s large Boeing jets to park up.

The deal is initially for a 20-year lease, with scope to expand the site to 62 acres in the future, and to extend the lease every 10 years. In return, Amazon will pay the city $80,000 per month, and the airport will have a surcharge on the amount of cargo used and aviation fuel uplifted.

A huge benefit for the area will be the creation of around 1,000 jobs, with many qualifying for Florida’s Qualified Target Industry Tax refund program as an extra incentive.

Lakeland city commissioners signed off the deal on May 20. It will see the retailing and logistics giant vacate its premises at Tampa International and move its operation to the new site.

Lakeland Linder director Gene Conrad has been quoted widely as saying, "This is a game changer for the airport," which otherwise is quiet for much of the year and has no airline service, but plenty of potential for an air cargo operation.

Part of the terms Amazon set for coming to Lakeland include some restrictions around the Sun ‘n Fun event, usually held in March or April. Under the agreement, the fly-in would never be held during the busiest times of Amazon’s year, in July and the November-to-January period. As a concession, Amazon will clear space on its own aircraft parking areas during Sun ‘n Fun.

The airport will also need to assess its own facilities before the first aircraft arrives. It is expected that a new instrument landing system will be installed, the main runway resurfaced, and extra capacity for jet fuel installed. It seems that by succeeding in pulling off the bid to attract Amazon, these are mere formalities for the capable and ambitious airport.

Amazon’s move, which Lakeland has been discussing behind closed doors since 2015, forms part of Conrad’s plan to develop certain aspects of the airport, like aircraft maintenance and, in this case, cargo facilities. He said, "Our goal is not to be the next Tampa International or Orlando International. We want to be Lakeland at the end of the day."

He added, "We have certain niches we are going to go after, and that’s what we’ve been doing over the past four years."

However, ultimately airline service would also be welcome with thousands of Lakeland residents making unnecessary journeys each day to fly out of Tampa and Orlando.

It was confirmed on the same day as the Amazon announcement that Conrad has been in talks with American Airlines to hopefully introduce a few daily flights to a hub like Charlotte, North Carolina. "American is adding 10 to 11 gates in Charlotte," Conrad said. "We want to be one of those."

A recent message on the city of Lakeland’s Twitter account suggested that the first Amazon planes could be landing at Lakeland Linder International in July 2020, with construction commencing in July this year. Once in full operation, around 10 daily Amazon flights would be operated.