Alaska is a deadly place to fly 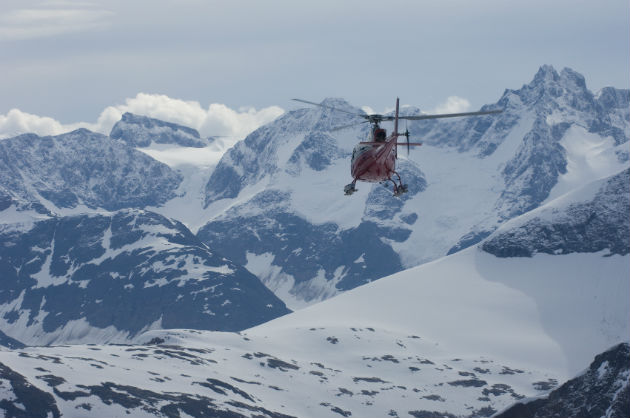 Flying in Alaska is a whole different cat. I've done it exactly once. It was both awe-inspiring and occasionally terrifying: one-way upslope gravel runways, wicked shears off the mountains, and snow and storms that come out of nowhere in the middle of a whole bunch of nowhere.

Even Alaskan pilots considered at the top of their game likely have bent some metal along the way. The environment is hostile, and the skill set needs to be greater than flying just about anywhere else.

"Good" pilots get killed in Alaska all the time; a bad pilot doesn't stand a chance. So when an Alaska State Police helicopter cratered back in March 2013 while flying a search-and-rescue mission — killing the pilot, trooper observer and just-rescued patient — it wasn't a big surprise. But what came out in the NTSB investigation was.

Those of us at Heli-Expo last year got a nauseating preview of it when cellphone and flight recorder data were used to recreate a 3-D model of the final minutes of flight clearly out-of-control: rapid climbs, descents, turns and speed variations — a symphony of spatial disorientation that culminated in a fatal crescendo of impact into terrain and post-crash fire.

The helicopter had been dispatched to rescue a stranded snowmobiler after dark who was quickly succumbing to hypothermia. The snowmobiler had made his initial 911 call nearly four hours earlier, but weather and darkness had ruled out a ground rescue to his location near Talkeetna. And now it was closing in on midnight and the call went out for the helicopter.

The weather at the time was suspect with instrument meteorological conditions reported in the area. There were hints of trouble more than two hours before when the Talkeetna airport reported 10 miles visibility, but only a 1,000-foot broken ceiling and a mere 1 degree temperature dewpoint spread — a harbinger that lousy visibility was right around the corner.

Until recently, pilots who flew for the government or law enforcement typically didn't have to worry about adherence to Part 135 (charter) weather or operational standards. The really good outfits adhere to standards that are at least equivalent, but there is room for improvement.

NTSB Acting Chairman Christopher Hart noted that, since 2004, the NTSB has investigated the crashes of 71 public helicopters responsible for 27 deaths and 22 serious injuries.

"Public agencies are not learning the lessons from each other's accidents," Hart said. "And the tragic result is that we have seen far too many accidents in public helicopter operations."

In Alaska, you either learn or you die.