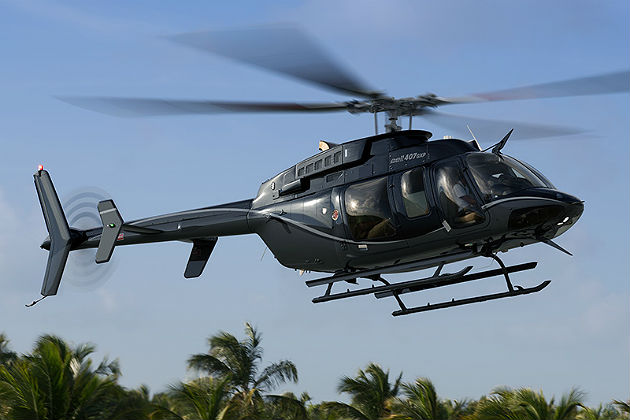 I've always liked company executives who make big moves and have a passion and a vision for their business. Air Methods CEO Aaron Todd is one of those guys.

Over the last several months, the nation's largest HEMS provider has made two huge moves that amplify the company's safety mantra. The most recent came in March at Heli-Expo when it placed a monster order for 200 new Bell 407GXP helicopters over the next 10 years.

The order guarantees a minimum annual run rate for the 407 at Bell's Mirabel, Quebec, plant for many years, and it is fair to assume Air Methods got a nice discount on the purchase — valued at around $600 million if they would have paid full retail. The agreement represents more than just a savvy business deal. It should also enhance safety.

The 407GXP features the Garmin G1000H glass panel avionics system that provides a quantum leap in situational awareness for light helicopters. That system on the GXP has been upgraded to include a hover performance calculator and the ability to add a low-cost autopilot.

But the biggest safety feature on the aircraft is the increased performance courtesy of an engine power push that provides for 50 pounds more payload capacity along with much better high/hot performance and higher hover and service ceilings. If you fly in the mountains or where it is hot, you are going to notice and appreciate this. More power can get you out of a lot of tight places.

Training in Level D simulators is not appreciably cheaper than in-helicopter training in single-engine helicopters, the bulk of Air Methods' fleet. However, it does provide an added level of safety when practicing emergency maneuvers and scenario-based training, particularly inadvertent flight into instrument conditions. It is just one more way the company differentiates itself from competitors.

That's important, as some serious money is moving into the sector, and competition likely will heat up. Bain Capital agreed to sell Air Medical Group Holdings, the second-largest HEMS provider and parent of Air Evac and other HEMS companies, to legendary leveraged buyout firm KKR on March 11.

You may recall that KKR is the same company that acquired RJR Nabisco back in 1989 for $25 billion, a monster deal that later became the basis for the movie "Barbarians at the Gate." The deal for AMGH is much smaller at a reported $2 billion, but it is a clear signal that the HEMS market is going to get a lot more interesting.

Backed by KKR, will AMGH make a serious run at Air Methods by investing in quality or just try and undercut it on price? Stay tuned.