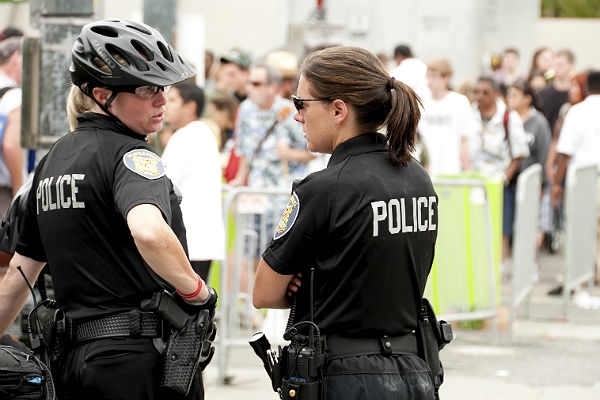 The last week of January saw hundreds of women attending a law enforcement recruiting seminar, "Women in Law Enforcement," hosted by the San Antonio Police Department. The interest and attendance, while not a surprise, is definitely a boost for the force as whole.

According to a recent study released by the Bureau of Justice Statistics, women make up just 20 percent of all law enforcement officers in the country. But their need in the force is immense and growing.

The joint effort by the local, state and federal agencies in San Antonio was telling. This seminar was one among the many that are being conducted across the country to highlight the important role women do and could play in all the different law enforcement agencies.

As the job seekers soon realized, this could a rewarding career that many of them had never even considered before. As the female agents and officers pointed out, not all were focused on a law enforcement career early in their lives. Many of them stumbled upon it but never had a reason to look back or regret their decision.

Together, they are now on a recruiting spree, and not just to get more officers but to bring in that diversity, skill set and unique perspective that only women can bring to a job. One thing that stood out is how nothing could stand in their way to join the force — a lack of prior experience, a stereotypical strong muscular build, experience with weapons or a specific degree.

Like any other officer, they undergo the same training that will prepare them for future field action and the job in general. One of the key things pointed out is that female officers have been found to exhibit extraordinary communication skills that make them invaluable team members.

The exceptional turnout for the event was heartening and showed promise, since participants were full of questions, and many stayed back to ask more. The joint efforts of the San Antonio PD, the Texas Parks and Wildlife and the FBI, which is on a nationwide recruiting spree, was an open call for South and Central Texas women to join their ranks.

On the West Coast, we had the Women in Law Enforcement Career Fair in Burien, Washington, where close to 60 agencies were represented. The recruiting team and the speakers' panel was made up of female law enforcement from several agencies across Washington state. They joined hands to increase the number of females on the force, which are now as low as 11-14 percent across agencies.

Pitching for their profession by calling out to the new generation of job seekers, they are actively working on changing these statistics — not just to bring more balance in the force but also to set shining examples for the younger generations as well. The typical questions faced here were quite similar to the San Antonio seminar, related to physical agility, experience and backgrounds and of course one that women in any profession wonders about — Can they balance this demanding job and a family at once?

Though we have come a long way from 1968 when the Indianapolis Police Department first assigned two female police officers on patrol duty, on an equal status with their male counterparts, we still have a long way to go.

Experts predicted that the turn of the century would see women represent nearly 50 percent of the workforce, but over a decade after that we are nowhere near that mark. Research supports that women face multiple barriers like social and professional prejudices, workplace stressors and issues like language harassment, sex discrimination and unequal physical challenges at times.

Numerous studies have also shown that despite barriers, women officers excel in their work, have been known to successfully handle dangerous situations and are exceptionally gifted at "community policing" due to their superior interpersonal and communication skills. They are also less likely to use excessive and deadly force or escalate potentially violent situations — instead relying on a more proactive problem-solving approach.

In the light of the fierce criticism that police departments are facing for their aggressive behavior, these qualities in their female officers could be a boon for their dented image. It is no wonder that agencies across the country and up at arms to recruit more women within their ranks.