After Vegas shooting anniversary, we are closer to a federal bump stock ban 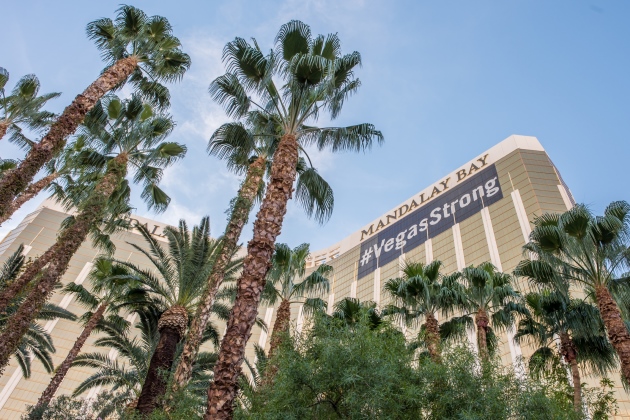 Just over one year ago on Oct. 1, 2017, people watched in horror as a Las Vegas gunman open fire on a large crowd gathered for a country music concert.

That day, the 64 year old shooter fired 1,100 rounds from the 32nd floor of the Mandalay Bay Hotel — killing 58 or 59 and injuring hundreds of other people. He took his own life in the same hotel room, leaving his motive in question. He also left behind his arsenal of 23 guns that facilitated this massive tragedy.

This incident is now known as the United States’ deadliest mass shooting committed by an individual — Stephen Paddock. Paddock’s motives remain unclear, but it was discovered he was a high-stakes gambler in serious debt at the time of the shooting.

Of course, it didn’t take long for gun control reformers to seize on the moment and call for stricter gun safety laws, such as stronger background checks. Another agenda item is the banning of firearms enhancements, like bump stocks. The Vegas shooter used 12 bump stocks to enhance his weapons, and the devices are now under greater public scrutiny.

Many people had never heard of bump stocks before the Vegas shooting. Bump stocks are added to firearms to make them shoot faster. The device allows an AR- or AK-style rifle to fire faster.

Simply explained: After firing, the stock bumps the gun trigger against the shooter’s finger. This causes the gun to fire round after round in a rapid-fire sequence mimicking automatic assault rifles.

As kind of a boutique gun owners’ item, before the Vegas shooting these devices weren’t on average people’s radars. After Vegas they became a focus for people frustrated by automatic weapon-style gun violence.

Ten states and three cities have banned the devices. These states include: Washington; New Jersey; Florida; Massachusetts; Connecticut; and Maryland. Denver and Columbia, South Carolina, have passed bans on bump stocks as well.

While California supposedly banned the devices decades ago, a recent law was passed to clarify that bump stocks are illegal in the Golden State.

After the Vegas shooting, it didn’t take long for President Trump to weigh in with the intent to ban the device on a federal level. Trump asked the Justice Department to rewrite the federal regulations on bump stocks.

The responsibility then shifted to the U.S. Bureau of Alcohol, Tobacco, Firearms, and Explosives that tried to reclassify the devices. The Bureau received over 35,000 public comments on the issue, which ended on June 27, 2018. It’s likely that the comment volume is a direct reaction to the Vegas shooting.

On Sept. 27, the Justice Department submitted its proposed final rule on "Bump-Stock-Type Devices" to the White House’s Office of Management and Budget. This begins the Office’s 90-day review period, now under way. At issue here is the ability to place bump stocks under the federal definition of machine gun — resulting in a ban.

These dates suggest we could witness an announcement about a new federal bump stock ban by early 2019.