After the storm: Lessons learned from a hurricane cancellation 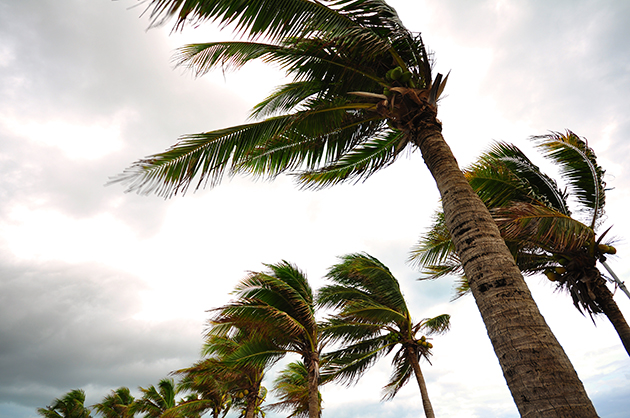 As the National Association of State Procurement Officials (NASPO) watched Hurricane Irma bear down on the Caribbean and, ultimately, the state of Florida, the clock was ticking. The Category 5 storm was due to make landfall in Tampa, Florida, on Sept. 10 — the first day of the association's 2017 annual conference.

Less than 48 hours before staff was due to arrive on the ground, NASPO made the tough decision to cancel the conference and reschedule the following month. From there, it was up to the NASPO team to kick planning back into high gear, securing a new venue, re-registering participants and planning an entirely new agenda — all in three weeks.

Now that the association is on the other side of the storm, there were certainly some valuable lessons learned that apply to any event.

As soon as the storm was named, the planning team initiated constant contact with the local vendors in Tampa. As the path of the storm continued to shift, planners and venue partners continued to discuss and explore all the different options.

Ultimately, it became clear that the venue, suppliers and local partners for the event needed to focus their attention on their own community and that for the safety of NASPO members and the local community, the only decision was to cancel. These conversations led to invoking "force majeure" clauses without conflict, and everyone could turn their attention to the more immediate concerns at hand.

Then, there was the communication with members and participants. Participants received updates throughout the week leading up to the conference, reassuring everyone that every consideration was being taken to monitor the storm and ensure their safety.

When the event was canceled, the NASPO team knew an email wouldn't suffice. Each member of the staff made individual phone calls to registered participants to inform them of the decision and address questions.

Rescheduling was another challenge. The NASPO team developed a new communications plan to ensure that all participants were prepared to update registration for the rescheduled event and to reach out to all members so even those not originally scheduled to attend were included.

You need a road map

The education program is the core of any association conference and generally takes 6-12 months to plan, so determining how to reimagine an event agenda in a matter of weeks is no easy feat. NASPO's Annual Conference Committee set clear goals and objectives, which is best practice for any event, but became even more critical given the circumstances.

By allowing the targets, goals and vision for the conference to drive decisions about the rescheduled education, NASPO ensured that the needs of participants would be met. Not all speakers were available and not all sessions could be replicated on such a short planning timeline, but using conference goals to craft the course meant only the best, most relevant and most engaging sessions would be considered.

Without a good road map created by the overall goals, it would have been virtually impossible to create a meaningful education experience in so little time.

Every limitation is an opportunity

Fewer participants, smaller meeting rooms, a condensed agenda, speakers not being able to reschedule — all of these constraints were frustrating at times, but they also provided a critical opportunity to look at the conference in a new way.

Smaller formats provided avenues for more intimate conversations and peer-to-peer learning that proved valuable for all participants. Some components of the agenda that everyone thought were essential to the experience had to be skipped or included in a different format, and evaluation results showed that not only did people not necessarily miss them, they liked them better in their new iterations!

To reach participants who could not attend the rescheduled events, some sessions were broadcast or replicated in virtual environments, reaching new audiences and engaging members in new ways.

The experience of canceling and rescheduling an annual conference in less than a month may have been a significant professional challenge, but it is nothing compared to what thousands of individuals have dealt with over the last few months as hurricanes, floods and wildfires have devastated their communities.

The long days and short timelines were difficult, but seeing the generosity and resilience of people throughout affected areas has been inspirational. Associations are about community, and these experiences show just how important it is to build those networks of support, throughout our professions and beyond.

Molly Marsh has 10 years of experience in association management, conferences, education and program development. In her current capacity as AMR's Director of Education and Engagement Design, she is responsible for innovating new approaches to conference education through design principles, adult learning, new technologies and engagement strategies.