Advancements in forensic science to aid in fighting crime 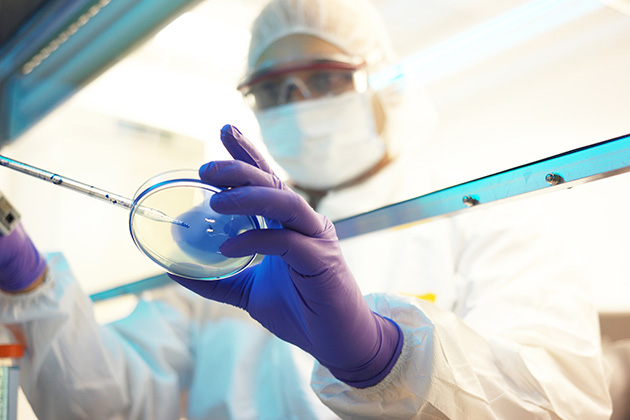 The Department of Justice recently announced new policies on forensic science, including guidance on how to implement better quality assurance measures. Advanced practice and technology will improve coordination and collaboration between the various local, state and federal departments.

The implementation and application of these new practices will enhance the capacity and efficiency of forensic investigations. This is good news for law enforcement officers across the country.

Among other notable features, the new guidelines will adhere to a uniform language for reports and testimony. These will in turn aid in testimonial consistency and accountability by forensic examiners across departments.

This announcement comes at an opportune time when scientists and crime-fighters want to strengthen the application of forensics. For example, DNA evidence — while important to solving crimes — seldom reveals secrets as easily as shown on TV. Now, Rutgers University-Camden has developed a new DNA database that can help unravel the complex web of genetic evidence in a crime scene.

Often, the genetic material found at a crime scene comes from multiple sources. Scientists often find partial matches while analyzing DNA mixtures. This makes the DNA evidence linking between suspects and the scene of a crime dubious in most cases. It is usually dependent on an individual forensic scientist's interpretations.

At present, there's accreditation of crime labs but no standardization of tests. The latter will help labs to meet the critical thresholds of match statistics. It will also bring reliability to the interpretation of this complex DNA evidence.

Called "The Project Research Openness for Validation with Empirical Data" (PROVEDIt) database, it promises to be a valuable tool in police work. The PROVEDIt database, which consists of approximately 25,000 samples, is accessible to anyone for free.

The National Institute of Justice (NIJ) has funded a range of projects with a similar aims to develop forensic science. The advanced scientific research will create tools and techniques to collect, analyze, identify and interpret forensic evidence. From enhanced identification of body fluids to novel spectroscopic techniques, they will help in efficient crime solving and to preserve the evidence.

These will act as a benchmark for future developments in DNA analysis. Departments are already gearing up to explore more into this arena.

Forensics is not only helping in homicides but is also proving to be a boon for combating crimes like human trafficking. West Virginia's Marshall University has developed a forensic science program for this very matter.

The university teamed up with the nonprofit organization Operation Underground Railroad (OUR), known for their tireless efforts to combat child trafficking around the world. The program has helped to free nearly 40 child trafficking victims in Latin America, the Caribbean and Southeast Asia.

Law enforcement officers are also beginning to use forensic genetics to protect the world's endangered wildlife. It is difficult enough to catch the poachers and the criminal networks behind them. Even if they get caught, proving their link to a crime is even more difficult.

But rangers and police have now found a new friend in forensic technology that uses a mix of human DNA evidence and animal genetic testing. These are now accepted in more court systems, leading to more jail time. The officers hope these outcomes will act as a deterrent for future crimes against wildlife.