Acquired savant syndrome: A positive side to brain injury? 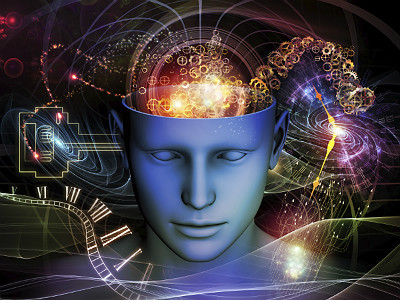 Savant syndrome is a rare condition in which a person exhibits genius-level ability, such as photographic memory, artistic brilliance or exceptional mathematical skill — in the face of a cognitive handicap.

It is estimated that 50 percent of congenital savants also meet criteria for autism spectrum disorder, while the other 50 percent display some form of central nervous system (CNS) disorder or injury. Acquired savant syndrome is attributed 100 percent to CNS damage — typically to the left frontotemporal area — and the syndrome develops following the disruption.

Orlando Serrell was hit in the head by a baseball at the age of 10. Following this injury, he developed a remarkable ability to perform high-level calendrical calculations.

Repeated kicks to the head during a brutal mugging left Jason Padgett with more than a few bruises. A college dropout working at a futon store, he was now able to turn complex mathematical formulas into intricate diagrams called fractals.

Each of these individuals developed savant syndrome following a traumatic brain injury; once areas of the left frontotemporal area were shut off, latent genius was activated. In these cases, left-brain damage resulted in right-brain compensation.

Snyder and colleagues showed this effect experimentally, by temporarily disabling this area of the brain with low-frequency magnetic impulses and running pre- and post-tests. Here, savant-like skills were induced by inhibiting a specific area of the brain.

Takahata and Kato reviewed several previously suggested explanations for this phenomenon, including a paradoxical function facilitation model that emphasizes the role of reciprocal inhibitory interaction among cortical regions and the underconnectivity theory that highlights enhanced local connectivity resulting from disrupted long-range connectivity. Few other theorists have posited explanations.

Snyder, expanding on his initial line of research, hypothesizes that as a result of some nonfunctioning areas of the brain, savants gain privileged access to low-level, unprocessed information. This objective reservoir of knowledge is typically viewed through a holistic, processed lens — subjectively changing the meaning of the knowledge and making it more difficult to access in nontraditional ways. But failure in top-down processing, as is also seen across autism spectrum disorders, allows savants to access this same information in novel ways, resulting in exceptional abilities.

By now you may be scanning your mind for a few of the many traumatic brain injury cases you have seen that involved the left frontotemporal area. Why is it that none of these patients went on to develop savant-like traits? The early work of Mitteraurer may provide the answer to this query.

Mitteraurer's hypothesized savant-model successfully builds on previous theories, but is based on glial-neuronal interactions in astrocyte megadomain organization. Post-mortem examination of TBI brains vs. TBI brains with savant-like qualities, using Storm microscopy or a similar device, may allow one to count the number of human astrocytic processes in vivo; although this investigation has, of yet, gone unpursued.

The phenomenon of acquired savant syndrome is a largely unsystematically studied area, and thus remains in a state that may lend itself to more questions than answers. What is clear, however, is the great overlap between TBI cases and the potential to develop savant-like skill. Thus, keen awareness of this phenomenon among TBI leaders is recommended.

As the headline suggests, there may at last be something positive that results from what are otherwise devastating effects of circumstance.

Maria Frisch is a healthcare consultant and clinical research scientist. She received her medical training from St. George's Medical School and graduate training in public health from the University of Minnesota. Maria is the founder and CEO of Wolters and Brown Consulting.

Is there a link between acquired savant syndrome and TBI?