A quick guide to Robert’s Rules of Order 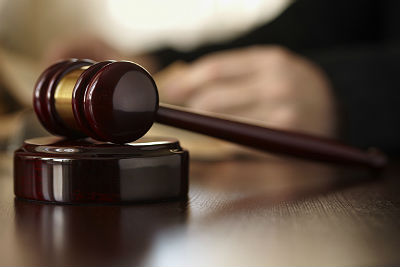 Have you ever attended a meeting and felt like nothing was achieved? Using meeting rules of order is the key to a high-performing organization.

In 1876, Army engineer Henry Martyn Robert published "Robert's Rules of Order" to establish a firm set of guidelines for conducting meetings and making decisions. These rules of order still hold up, and here is a quick look at Robert's formal meeting procedures and how they are used in meetings today.

When making a motion, say, "I move that we accept the plan set forth by the executive director," wait for a second and then start the debate with a final vote to decide if the motion will pass. If there is no second, then there is no motion on the floor to debate. The meeting moves forward efficiently.

Which motion to make?

Attached motions: These are attached to a main motion, which is debatable and open for discussion (i.e. motion to table the motion, previous question, limit/extend debate, delay, amend, table indefinitely).

Incidental motions: These are motions that come up during the course of a meeting and are not debatable (i.e. motion to suspend rules, parliamentary inquiry, opening/closing voting).

Special motions: These take precedence above all motions and are not debatable (i.e. motion for adjournment, recess, call for orders).

The ability to use all of these motions allows for healthy debate for the entire board, not just one person.

Respect: Be respectful, and speak when it is your turn. Address issues by not naming the person but addressing the point of the "person who made the last remark." Remember, it is not about the person but the issue on the table.

Speak: Do not speak more than two times (give others a chance to speak).

No debate: After two votes and two discussions, debate is closed for any other voting unless the board approves consent.

How do I vote?

Putting the question: If discussion is closed or you have a motion that is not debatable, then the chair can "put the question" or ask for a vote.

Voting yay or nay: Each member of the board will be asked to vote either yay (yes) or nay (no).

Voting by paper ballot: Paper ballot is typically used to vote privately on sensitive issues where board members are not comfortable to vote in public.

Acknowledging the vote: The president will determine whether the motion passes (dependent upon majority or two-thirds vote — check your bylaws) and let the board know what passed at the same time by restating the motion.

Proxy voting: Proxy voting is the practice of assigning your vote to a board member's selected proxy if they are not able to attend the board meeting. This practice is not common and typically explained in your bylaws.

Invalid votes: If a motion and a second is made with deliberation, and an affirmative vote is received by a simple majority or as stated by the bylaws and conflicts with the state or federal statutes, legal or other guiding documents (articles of incorporation, bylaws, etc.) of the organization, then the vote is considered invalid.

Two-thirds vote: Required only to adopt any motion that takes away a rule of order or modifies one previously adopted (i.e., amending, rescinding, suspending, limit debate, increasing the length of the meeting, remove an officer).

Why Robert's Rules of Order?

As a member of the board, you were selected because you have great ideas. Making a motion puts your ideas "into motion."

William Pawlucy, MPA, CAE, IOM is president and founder of Association Options, a global consulting company. Bill works with nonprofit organizations and nongovernmental organizations across the United States and globally in Jordan, Palestine, Israel and Turkey, where he consults with the Center for International Private Enterprise to help strengthen democracy and private enterprise in the region. He also has served on the national Board of Examiners for the Malcolm Baldrige National Quality Award and offers board resources, strategic planning, executive recruitment and other services at Association Options.