A new Golden Rule for leadership 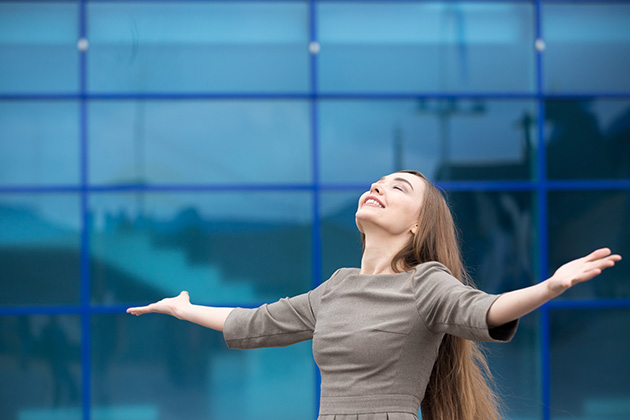 Leaders and managers seeking to engage, motivate and retain employees should consider adopting a slightly revised version of the Golden Rule.

"Manage others as you want to be managed" is the lesson that can be drawn from a recent study of the relationship between varying degrees of work autonomy and levels of employee satisfaction and perceived well-being. The findings indicate that a traditional top-down, command-and-control management style — still widely in use — is counterproductive in many of today's businesses.

Researchers at the University of Birmingham Business School compared data collected in two separate years from some 20,000 employees in the United Kingdom in order to examine employees' reported changes in well-being relative to levels of work autonomy.

Their analysis found that those in management reported the highest level of autonomy, with 90 percent saying they experienced "some" or "a lot" of autonomy, along with high levels of perceived well-being and job satisfaction. Professionals reported having lower levels of autonomy than managers. Around 40 to 50 percent of mid-level employees reported they had little autonomy, and half of those in lower skilled jobs reported no autonomy in how they carried out their work.

In particular, the study found, employees want greater control over their work tasks and schedule. The study also found that the types of autonomy employees prized varied by position and gender.

Professionals, for example, wanted more flexibility in the pace of work and work hours. For women — to whom the duties of family and informal caregiving most often fall — flexibility over the timing and location of their work, including the ability to work from home, allowed them to better manage their work/life balance. Men, on the other hand, value having more control over how they carry out their work, such as determining job tasks, pace of work and task order.

"Greater levels of control over work tasks and schedule have the potential to generate significant benefits for the employee, which was found to be evident in the levels of reported well-being," project director Dr. Daniel Wheatley observed.

Autonomy is closely related with self-esteem and sense of purpose, which are prime drivers of productivity, creativity, engagement, satisfaction and well-being. Employees who reported higher levels of autonomy — especially schedule control — were more likely to say they "enjoyed" their work.

That may seem like a rather minor consideration until one compares the findings of this study with other related studies that have shown lack of job autonomy increases stress and the incidence of health issues related to stress, hastens employee burnout, and has a negative impact on employee morale, retention and productivity. Similarly, research has shown a strong correlation between employees' control of their physical environment (e.g., lighting, space arrangement, temperature) and job satisfaction, productivity and sense of well-being.

Why do so many employees dream of being their own boss? Surely it is not because they want the headaches, stress and risk that come with running one's own business. No, it is for the same reason people strive to become managers and leaders in their organization. They want more control over their lives and how to do their job.

Yet, Wheatley notes, "Despite the reported increased levels of well-being, in many cases managers remain unwilling to offer employees greater levels of autonomy and the associated benefits, because their primary role remains one of 'control and effort extraction.'"

Giving employees more autonomy requires not an abdication of management but a different approach to management. It involves shifting focus from how, where and when to what and why, from outputs to outcomes, and from directing to coaching.

Autonomy is not license. Employees are still held accountable for their results, their hours worked and level of effort, and their use of company resources.

Holding them to a different standard than that which leaders and managers apply to themselves — one which, it deserves noting, implies a lack of trust and respect — only perpetuates an outmoded business paradigm that is proving increasingly dysfunctional in today's knowledge- and innovation-driven global economy.