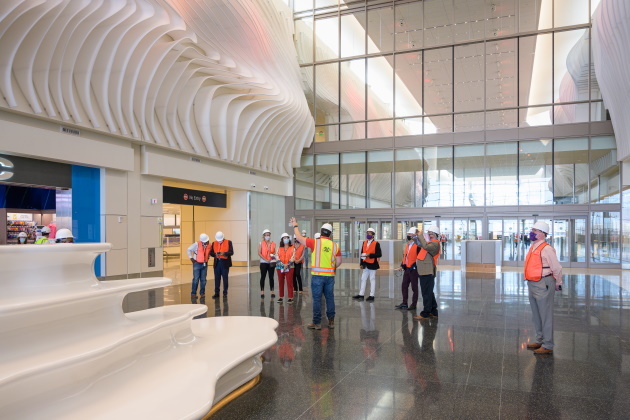 Salt Lake City (SLC) International Airport has entered a new era with the opening of its new airport terminal, replacing aging older structures that had become increasingly unable to cope with demand and today’s expectations. But is this the worst possible time to open a new airport terminal and expand capacity?

Overnight on Sept. 15, the existing terminals 1 and 2, plus the International Terminal and associated parking garages at SLC closed, replaced by the new central terminal and initial Concourse A-West, which opened at the same time.

The first flight to leave the impressive new terminal was Delta’s service to Atlanta — a link between two of the airline’s bases, and significant as SLC’s largest operator.

Speaking at the launch, Bill Wyatt, executive director of Salt Lake City Department of Airports, said: “This day has been years in the making,”

He added: “To say we are excited to be here today is an understatement. After six years of construction and many more years of planning, we are proud to open the first new US hub airport in the 21st century.”

The new $4.1 billion terminal project opens up the airport to today’s standards and amenities. It replaces the existing 1960s era structures which had become outdated and crowded.

Also of note is a 28,000-square-foot Delta Sky Club lounge and a range of large-scale art installations by artist Gordon Heuther, which show off the best of Utah. 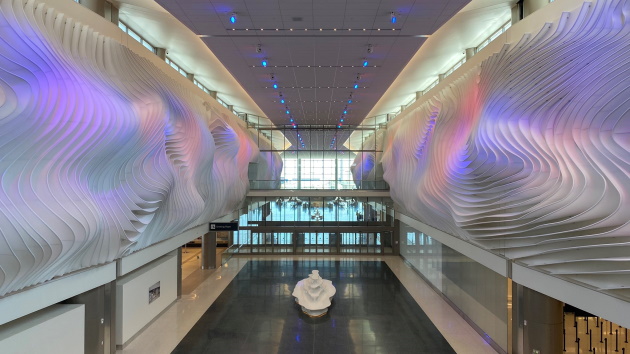 The SLC terminal renovation project has been in development for four years, but it could be argued that opening in the midst of a global downturn in aviation is not particularly wise.

The existing terminals were designed for 10 million passengers per year, whilst in 2019 SLC handled 26 million. This year will be a fraction of either figure, as maybe 2021 will be.

One particular feature of the new terminal is The Greening Room — a large area where up to 400 friends, families and others can wait to pick up arriving passengers. This will only reach its potential once social distancing measures are eased.

However, recent design changes have also allowed the airport to introduce new measures recommended in a post-COVID world to aid in touchless technology.

These include automatic bins and Automatic Screening Lanes in the new security area. These bigger machines automatically take bags, screen them, and return them to the traveler.

Extra space has been provided to allow social distancing, and passengers must scan their own boarding passes on touchless machines.

Concourse B-West will open on Oct. 27, adding a further 20 gates for use by Alaska, American, Frontier, JetBlue, Southwest and United Airlines.

The second phase of SLC’s new airport terminal is planned to be completed by 2024 when an extra 33 gates are added to the concourses. At present this is still the plan, but it could be that these are put on hold or revised until we see a return to pre-COVID demand for flying. No doubt HOK architects, who are responsible for the impressive design so far, will continue adapting it to meet new safety standards and reflect the revised projections on air travel.