A net loss: Why focusing on Net Promoter Scores can hurt your business 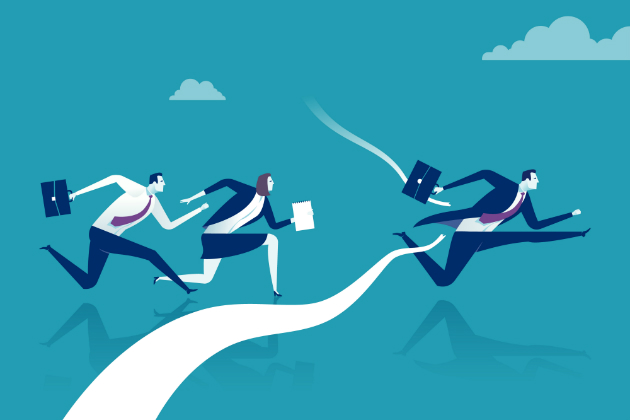 Net Promoter Score (NPS) is a customer loyalty metric introduced in 2003. It scores customer loyalty based on a single question: “On a scale of 1-10, how likely is it that you would recommend our company/product/service to a friend or colleague?”

Customers who respond with a 9 or 10 are considered Promoters, and the advice is to focus sales and marketing efforts on this segment of your customer base. Anyone scoring below 6 is considered a Detractor; those who answer 7 or 8 are considered Passive.

The NPS score is calculated by subtracting the percentage of customers who are Detractors from those who are Promoters.

It’s an interesting methodology. The problem is it isn’t necessarily right much of the time.

About 20 years ago, I set up the customer satisfaction/loyalty measurement program for Sun Microsystems globally. We tried implementing an NPS-type of question and found it backfired because results are influenced greatly by culture.

So, customers with the same level of loyalty to the company in different countries answered the question very differently. In Japan, people don’t refer or recommend, because that goes against their culture. In Latin America, everyone will recommend you, even if they just met you for drinks — because that’s their culture. In neither case did the scores reflect changes in our business.

NPS also guides you to make your happiest customers even happier. While it makes sense to invest in your loyal customers, you ignore those who are unhappy at your peril. These are the ones most likely to make your life difficult, especially in the age of social media. Research shows that an unhappy customer with a problem that is appropriately solved becomes much more loyal than one who has never had a problem to start.

Furthermore, some people who are in the middle of the road can be converted to being highly loyal with not a lot of work — and that’s much less expensive to do than to continuously look for new customers.

It’s important to remember that being the most satisfied does not necessarily make you the most profitable. Some customers who tell you they love you and are high on the net promoter scale are also the most expensive to service. Focusing on them will only eat into your profit margins.

It’s also more valuable to look at behavior vs. professed intention. One of the reasons so many pollsters were caught by surprise in 2016 was that many voters said they intended to vote for Hillary Clinton but actually voted for Donald Trump — and they didn’t want to publicly admit that before the election. Professed intentions did not match actual behavior.

NPS advocates say your NPS scores should help you Initiate conversations with your customers. I agree that maintaining a dialogue with customers is critical. But all customers should be considered — the most loyal and happiest, those that are somewhat satisfied, and those that are truly unsatisfied.

Neutralize those who are unhappy so they don’t come back and sabotage you. Build middle of the road customers into loyal advocates. And review your most loyal customers to ensure they are still profitable.

At the end of the day, you may choose to fire some customers that are either hard to service or unprofitable. This should be done as a thoughtful choice after reviewing the specific situations — not because of the answer to a single customer loyalty question.

Building customer loyalty is critical to your business. But Net Promoter Scores are not the way to do it.