The right mind to negotiate 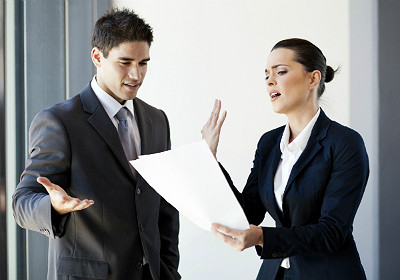 Much of a business leader's time is spent in negotiation. Brokering a deal, cutting costs, expanding distribution channels, selling a proposal, hiring talent, managing staff — all require the skill to negotiate with others effectively.

Negotiation can be exhilarating; it can also be stressful. For that reason, some leaders relish the opportunity to negotiate, while others dread it.

As it turns out, how you feel about negotiating can have a significant impact on the outcome of your negotiations.

A recent study conducted by researchers at MIT’s Sloan School of Management has found a strong correlation between an individual’s attitude toward negotiating and their performance during a negotiation. The stress induced by the process of negotiation, which involves confrontation, persuasion, apprehension and gamesmanship, can evoke strong emotional states in the negotiators that produce notable physical effects, such as an accelerated heart beat, rise in blood pressure, muscle tension and sweating.

Previous studies have shown that these effects may unknowingly be heightened by the presence of other stimuli in the room, such as physical attraction, distracting movement or noise. The researchers were interested in finding out whether an individual’s attitude toward negotiation was positively or negatively affected by these types of physical arousal.

They conducted two experiments. In the first, the subjects were asked to walk at different rates, fast or slow, on a treadmill while negotiating the price of a used car. In the second, subjects negotiated an employment compensation package over mobile phones while either seated or walking.

The implication for leaders is quite striking. First, leaders must be aware of their own attitudes toward negotiation. Do you consider yourself a good negotiator and look forward to these situations, or do you dread having to negotiate and seek other ways to resolve issues?

If you enjoy negotiating, you may find that engaging in some moderate physical activity prior to a negotiation, such as taking a brisk walk or climbing some stairs, will boost your confidence and performance.

If you hate negotiating, then you want to avoid physical activity and emotional stressors prior to entering into a negotiation. This will help lower your anxiety and reduce your physical discomfort, which should help to improve your performance.

Secondly, leaders should, if possible, assess the attitude of the other party or parties in the negotiation. It may appear as though those individuals with a positive attitude toward negotiation have an edge and can capitalize on the discomfort of those with a negative attitude by creating a more aroused environment.

Bear in mind, however, that intensifying the other party’s negativity makes them less willing to give ground or could cause them to break off negotiations altogether. Accommodating the other party may turn out to be a more fruitful, if less enjoyable, course to follow.

Finally, pay attention also to the physical environment in which the negotiation is taking place. Inadequate lighting or glare, excessive noise, uncomfortable furniture and distracting movements can exacerbate the physical and emotional intensity of the situation and affect the outcome of the negotiation.

If the parties involved have mixed attitudes toward entering into the negotiation, seek an environment that will appeal to both sensibilities. The room should be well lit but not overly bright, neither too hot nor cold, free of distractions like phones and computers, visually appealing but not distracting, and with comfortable furniture that is well arranged to allow for “social space” but with a feeling of “togetherness.”

In such an environment, all parties can focus on the matter hand rather than on their physical and emotional churnings.

Do you enjoy business negotiations?