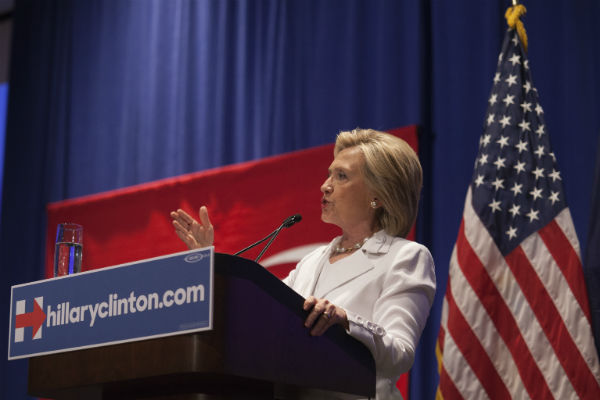 At a time when all eyes are focused at higher education and improving graduation rates across the nation, Hillary Clinton has announced her support for universal pre-K. She first mentioned this in June during her campaign in Rochester, New Hampshire, but has since then gone on to be vocal about how and why she wants it implemented.

Pointing to rather low figures in pre-K attendance for 3-year-olds and 4-year-olds in the last two decades, she said it is high time a stronger stance was required for this issue. The plan focuses on making high-quality preschools more accessible — especially to kids from low-income families — by 2025. With only 55 percent of American youngsters enrolled in preschool, this is a debate that can expand in the coming months.

As Pew Research has pointed out, U.S. students show average performance and ranking when compared with many other advanced industrial nations — particularly in math and science. This has been a growing concern with educators, economists and parents.

If the future generation is not well equipped to face economic competitors on an equal footing, America could well lose its place as a leading nation. According to Clinton, reforms should start right at the preschool level so future generations are groomed and empowered from an early age.

As per the data shared by Organization for Economic Cooperation and Development (OECD), the United States ranks 26th globally for preschool enrollment. Significant investments are required not just in the K-12 level, but also in preschool and early education.

Clinton plans to ensure an increase in federal funding for states that make preschool available to all 4-year-olds. She has mentioned building on President Barack Obama's Preschool for All proposal, which is another effort to help more Americans access high-quality preschool.

While Obama's program calls for a high budget of $75 billion over the next 10 years, Clinton has yet to put a price tag on her plan. Going back to the archives though, one can ferret out a $10 billion per year budget recommended by her in 2008. Clearly, this agenda has been on her mind for some time now.

In the past, she has also been quite vocal about inequities in the public school system, more effective extracurricular activities, longer school years and advanced methods of education for children with ADHD and other learning disabilities. Lending her voice to the issue of early education will go a long way to bring far reaching reforms to American education.

However, Clinton's right-wing critics say her plan is seriously flawed. They have attacked her views for quite some time, and more so when her book "It Takes a Village" was released in 1996.

But she has stuck to her beliefs and has come back with a broader and stronger plan for child advocacy. According to Clinton, the universal pre-K plan will be one of the best investments for our children and the future of the nation.