A look ahead: Most women physicians feel financially prepared 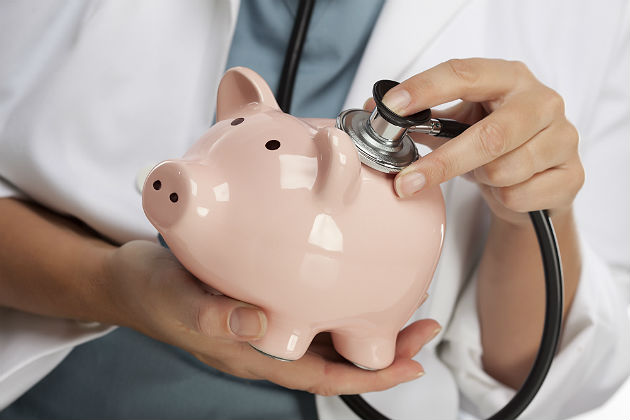 For women physicians, life never slows down. Patient appointments, lab results, medical records, prescription refill requests — it's all in a day's work, and the list could go on. And that's not including the kids and household chores when you get home.

But one day it won't be as busy — if you can dream far enough into the future to retirement, that is. Have you thought about that?

The good news is that many already have, according to new research by AMA Insurance, a subsidiary of the American Medical Association. The survey of 3,077 U.S. women physicians found that 53 percent considered themselves on track or ahead of schedule for retirement savings.

The researchers found that this number was the same across all age demographics — which ranges from the group under 40 to those over 60.

"We discovered that it's not contingent on age, income or your practice years," said Denise Friday, vice president of sales and marketing for AMA Insurance. "What it tends to be is more of an attitude and commitment to take steps that are necessary to secure a personal financial future."

Women are a fast-growing healthcare demographic, too — they total 30 percent of practicing doctors. That number is expected to rise even more in the future now that they make up half of current medical students.

"We recognize that this segment is going to be changing the makeup of medicine," Friday said.

Additionally, they face challenges that are unique to their profession. According to the report, 71 percent of female physicians are family breadwinners, earning 75 percent or more of their family's income.

Most respondents were married (67 percent). Many were working moms, too. The study found 43 percent of them have children under 18 at home. And half of them said they are primarily responsible for their family's fiscal-planning decisions.

"They have a huge responsibility for financial planning," Friday said.

So what does it mean to be financially prepared? Take a look at the following six traits shared by the respondents, respective of age, who said they felt secure for the future.

"We thought the six traits were of interest because we didn't expect to see that kind of summary that would typify that kind of physician respective of their age," Friday said.

However, still 47 percent of women surveyed said they feel behind on their overall financial plan. But they can catch up, said Robin Robertson, a California-based senior wealth and insurance planning strategist who was involved with the study.

So what's the first step? Robertson recommends finding a financial adviser, starting with getting a few recommendations from colleagues.

"Then interview two or three people," she said. "You want to find someone you trust. It's like having a good physician-patient relationship."

Also, be sure to seek a full comprehensive adviser, which is different from an adviser who would just manage money, Robertson says. They would look at your overall financial plan — retirement, disability, updating wills, life insurance and any other financial issues you may have.

And according to Robertson, getting on track could be easier than you'd think, since people's perception of where they are often doesn't match up to the (better) reality.

"If you do an assessment of your needs, you can see accurately and precisely to catch up to where you should be," Robertson said.