A long road ahead for Heathrow expansion, despite optimism 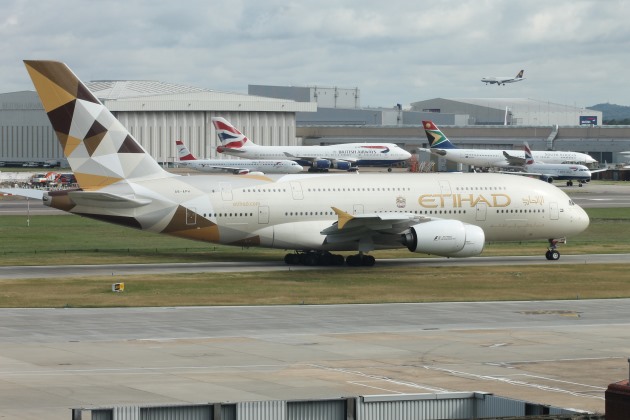 Heathrow is one of the world's busiest airports, but has only two runways.

If anyone needed convincing on just how full London Heathrow airport is, the month of May saw a staggering 6.7 million travelers pass through, thanks mostly to a royal wedding and the start of the summer tourist season.

So, when the U.K. government gave almost unanimous support for expansion on June 5, most of those who have to use the airport gave a sigh of relief. Yet, this 20-years-in-the-making saga has only taken a small step forward, and more agonizing hurdles could still blight the airport’s bid to expand and keep pace with its rivals in continental Europe.

Following the government’s pledge of support, Transport Secretary Chris Grayling told Members of Parliament "the time for action is now," and that they have less than a month to vote on the proposal.

Approval will kick off an 18-month process of public consultations and planning, but it is not a dead certainty. Successive governments have pushed and pulled at plans for Heathrow since expansion was first seriously considered 20 years ago.

There are also many opinions of each MPs constituents that will shape their vote, ranging from concerns over the environment and overcrowding, to those whose lives will be turned upside down.

With the expansion set around a new, third runway for the airport, it will controversially see areas of population demolished to make way for the new strip.

The government will offer a generous, $3.4 billion compensation packet to residents and communities, but most would prefer to stay.

It’s 15 years since a previous government said of Heathrow expansion, "Doing nothing is not an option." Since that time, rivals Amsterdam Schiphol, Frankfurt and Paris Charles de Gaulle have all expanded with new runways while Heathrow has become excessively crowded with no sign of a break in the drawn-out discussions.

Doing nothing has cost the airport its status as the busiest in the world, and it is already losing new business to other airports. Meanwhile, the number of domestic destinations served has fallen to just eight, leaving regions of the country without a link to the most important hub.

The decision by the government earlier this month is a welcome step in the right direction for those who support a new runway at Heathrow and all that comes with it, including more routes, better choices and lower prices.

Heathrow CEO John Holland-Kaye said, "We have a robust plan to expand Britain’s hub airport, unlocking billions in growth and creating tens of thousands of new skilled jobs — from Plymouth to Perth and Swansea to Southend. With strong cross-party support and a united voice from business and unions — MPs must finally seize the opportunity to expand Heathrow and secure a prosperous future for all of Britain."

However, the road ahead will be dominated by legal challenges, judicial reviews, government infighting and debates before any construction crews can move in.

Any hope of opening the new runway by 2030 still seems a big ask at this stage, by which time the landscape of world airports will be very different, and the rise of new hubs in China, Turkey and Dubai will far outshine dated Heathrow.