A culture of inclusiveness: Diversity matters in medical education 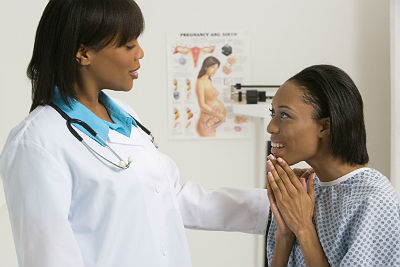 No greater words can be echoed to produce the idea of the many who believe in the past ideology of what it means to have "diversity." In medicine, many on various committees and boards still believe diversity is not an issue. They think that a few seats at the table — which make up less than 9 percent of "diverse candidates" in some cases — means that somehow we have all arrived and that the system is equal.

That view is not only morally profane, but also incompetent. It shows the lack of interest to go further and increase not only physical bodies for diversity, but also the cultural dynamics of diversity in their student body and full-time faculty (which includes positions of leadership). A diverse education is needed to improve cultural competency and social awareness of the communities that many hope to serve.

Quality and fairness are not the same. There's a reason why diversity is still being spoken about by many organizations. They see that without having a cohort of diverse physicians, the medical disparities that affect the poor and rural communities will worsen and can impact all of us as a whole.

The Affordable Care Act has projected to fix the gap of the more than 30 million uninsured Americans who need access to basic primary care and public health prevention. But due to gridlock and the need for some to partake in political games, the gap is not being filled at a fast rate.

Even more so, the lack of funding for increasing residency spots has allowed for more competition, which can keep costs higher than many countries that do more for less because the demand for primary care physicians is at an all-time high.

The sad thing about the issue of diversity in medical schools is that it started before the Flexner Report in 1910. Even then, separate medical institutions had to be created in to increase the pool of physicians from the black populous and even women, because the accepted consensus was that medicine was for the affluent white male.

Issues with economics still play a role. Money allows for access to resources and networks that can help one get into medical school over someone who came from a tough background but has shown the ability to handle the rigors of medical school.

Yet there still seems to be some criticism of using one's personal experiences — including race, gender and poverty — during the admissions process to showcase strength during periods of one's life under extenuating circumstances.

I, however, have come to the realization that outside of the number of diverse students to full-time faculty ratio, real people are affected by the lack of diversity in medical education. It would be easy to highlight the statistics of diversity in medical schools and the reasons why it is important from the medical physician standpoint to increase diversity.

However, it is more imperative to write this article from the perspective of those who are personally affected by the lack of diversity. Their struggles in finding culturally competent and socially conscious medical care are due to the lack of a real push by academia to improve diversity in the workforce — in particular, through the pipeline that is medical school.

Diversity in medicine is not an esoteric idea of just putting bodies to count in ratio to a majority to say that the makeup is diversity. I am referring to a broader sense of creating a culture of diversity within medical schools that would pivot into mainstream medicine. This diversity could improve the cultural sensitivity and social responsiveness between physicians and their patients.

The old narrative of diversity used to be about increasing the physician population with people from various racial backgrounds. Though this is important, there needs to be a greater focus on increasing cultural, economic, gender, age and educational diversity.

Also, it is not enough just to recruit diverse candidates for medical school admissions. Medical schools must move beyond that traditional narrative and not only be more inclusive to broaden their student population, but also increase their full-time faculty and directors.

In essence, medical schools should be more open to creating a culture of inclusiveness and support to foster an education that is not only student-centered and interdisciplinary, but also globally focused to include challenges that occur in patient populations across the world in relation to our current population.

With the transition of our healthcare system from the notion of "the physician can only treat a disease" to the more relative patient-physician relationship, we must include facets of medical school courses to include sociological, epidemiological and economic impacts of diseases in the curriculum.

Also, medical schools need to have more opportunities for students to be a part of the education decision-making. This can include courses with a focus on the sociocultural impact on health, language barriers and social norms. Those issues are real to the patient population, and the future physician must understand those realities to provide better care.

Medical schools have a duty to make sure their students are receiving a world-class education to promote health. In terms of diversity, the AACOM and AAMC should increase their efforts by working with all schools to create more inclusive free webinar training and provide recommendations in collaboration with prominent groups in the LGBT, African, Hispanic, Asian and Native American communities.

In addition, there should be an increase in gender pronouns on the AAMC's and AACOM's medical school applications as well as future research reports, so that gender diversity is promoted for discussion as well.

As the great orator and public intellectual James Baldwin once said, "The paradox of education is precisely this — that as one begins to become conscious, one begins to examine the society in which he is being educated." I am not saying that our society was designed to be infallible, but I am saying that with truth of consciousness, we must critically (and lovingly) remove ourselves of the traditional sense of diversity and use a more applicable sense of the term due to our current state as a society.

We have to come to the realization that sometimes in order to grow, we have to critically analyze our own system and make the steps to change it so that it can run more efficiently to meet the demands of the future.

For documents on the why there needs to be a more diverse physician population in the U.S., please click here.