A crisis in leadership 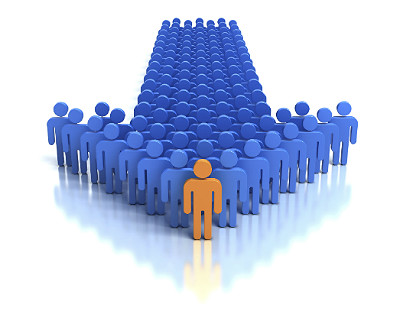 As the global economic slump drags on, pressure builds on heads of state and other leaders to find some means of setting things right. Tough times call for extraordinary leaders. Yet, as one scans the world stage, few — if any — are to be found. Studies by the Pew Research Center’s Global Attitudes Project reveal declining faith in leaders in most countries. Political paralysis, sex and corruption scandals, unfulfilled promises, and government-sanctioned spying on private citizens have undermined the public trust.

Corporate leaders have not fared much better. The widening gap between compensation for executives and that of their employees, even in underperforming companies, has deepened skepticism about leaders’ allegiances and motives. Revelations of questionable, illicit and illegal practices help affirm suspicions that leaders are not always rewarded for their abilities.

Can it be that our own era suffers from a paucity of good leaders? Leaders always look better through the distant lens of history, of course. Many of those we now esteem — Lincoln, Jefferson, FDR, JFK — were not universally admired in their own time. Leaders must make difficult decisions that are not always popular. They instigate changes that upend people’s lives and shift the balances of power and wealth. Are we too close to our time to recognize truly gifted leaders or to fully appreciate the effects of their decisions? Should we not be concerned about the ostensible leadership vacuum?

Perhaps. But I suspect there are other forces at play. Social media and 24/7 global news coverage have made the workings of government and companies more transparent than at any other time in history. In 2000, Bill Gates could talk about managing at the speed of thought. Today, leadership occurs in nanoseconds, and every decision is placed under the microscopic scrutiny of the blogosphere and the twitterverse, where the gladiators and lions give thumbs-up or thumbs-down to the emperor. Even bold and brash leaders must tread carefully in this digital no-man’s-land in which communication can quickly become disengaged from its source and distorted.

Because information now spreads exponentially at blink-of-the-eye speed, decisions are judged and verdicts rendered often before they are implemented and their effects can be evaluated. In the court of electronic opinion, few are found guiltless, and the public scoldings are harsh. This has a tendency to neutralize leadership, to bring every decision to the level of the same common denominator—the roar of the crowd. This makes it harder for originality and innovation to get a hearing.

Add to this the pressure from the public, stockholders or stakeholders to gin up quick short-term solutions to long-standing systemic problems and you get a formula for tepid and ineffective leadership. Leaders cannot lead if they are consumed by reacting to every blip on the radar screen.

Leadership is a shared responsibility between those who wish to lead and those who choose to be led. If leaders expect support for their ideas and visions, then they must earn the trust of those they want to lead through consistent and appropriate action. If the public or employees want better leaders, they need to be willing to accept some risk and be open to new ways of thinking and doing.

Are we suffering from a lack of good leaders today?