A closer look at the College Board’s controversial ‘adversity score’ 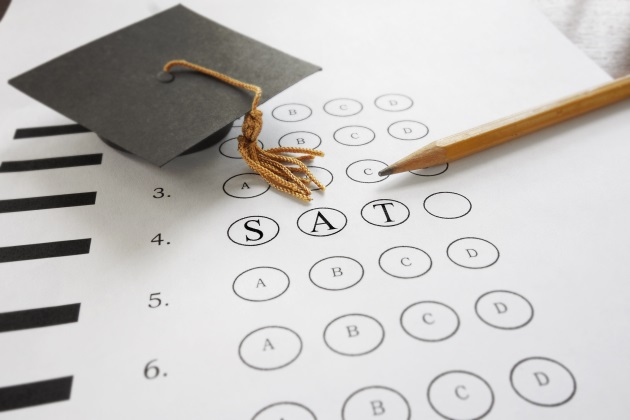 In yet another instance of the truism that no good deed goes unpunished, The College Board — which creates and administers SAT tests — seems to have angered educators of several political persuasions with its recently announced "Adversity Score," a tool designed to allow college admissions officers to take students’ hardships into account when deciding their college eligibility.

To understand just how widely and almost instantly unpopular the CB’s latest attempt at leveling the playing field has become, read no farther than "The SAT’s Bogus 'Adversity Score,'" by Thomas Chatterton Williams in the May 17 edition of The New York Times.

Williams, who dismisses the scoring as "a pseudoscientific index of oppression," is African-American. White critics writing in more conservative publications have been no less unkind.

Getting ticked off at The College Board has become almost mandatory in recent years. In 2016, there was the flaky, way-too-late-to-the-ball procedure for providing PSAT/NMSQT results. If those initials don’t ring a bell, not to worry; knowing what they stand for won’t change your life. Just know that a lot of parents and students were very upset because it took so long to find out their scores.

Then there was the 2018 screw-up where an SAT math test, for very avoidable reasons, was far easier than usual, which paradoxically resulted in a grading curve producing unusually low scores.

Again, no need to ask how that worked, although knowing that a class-action suit was filed against the Board will give you an idea of how some parents felt about it.

Trying to compensate for student hardships without actually taking race into account seems like a plausible solution to the well-understood problem of inequality in education — unless you think about it.

David Coleman, the College Board’s CEO, emphasizes: "This is about finding young people who do a great deal with what they’ve been given. It helps colleges see students who may not have scored as high, but when you look at the environment that they have emerged from, it is amazing."

The underlying problem with the CB’s Panglossian approach becomes clear when you understand how it intends to do this.

First, know that the adversity score won’t change students’ SAT test results. Instead, the Board decided, it would provide a separate, additional score calculated with a formula incorporating 15 different factors that include neighborhood crime rates, housing quality, percentage of students eligible for free lunch, quality of the provided high school education, and so forth. Students won’t see the scores (why not?), but colleges will and can take them into account (or ignore them) when deciding who wins and who loses in the college admissions game.

And, of course, who would ever conclude that “housing quality” or “quality of high-school education” could be considered subjective and lead to controversy?

As a former college teacher, who once ill-advisedly agreed to assume a short-term administrative role with the benighted College Board, I can tell you that there was little hope of getting something like “the adversity score” by a wide range of parents, from ultra-liberals (who still may not want the equalizing to affect their own children) to determined conservatives who think the whole "equality of education" idea is just another way for lazy people to get by despite their underachievement.

Even a widely respected educational institution would get pushback on this one, and the College Board, as you may have noticed if you’re now or ever have been a parent, is not universally loved.

For the record, I do not agree that we’ve done what we need to do for minority students; if you’re a person who still believes in data, you may accept that in the past couple of decades inequality in education in this country has actually worsened. Data from the National Center on Education Statistics, for example, shows that between 1996 and 2016 the percentage of minority students in segregated schools, far from diminishing, has actually doubled

But, unfortunately, as we better recognize today than we did before, many Americans are suspicious of any statistic that could justify giving minority students extra help. We’re a widely and sharply polarized nation.

I’d like to end this dire introduction to the College Board’s latest effort by suggesting how it could work better or even work at all. But I doubt there is an available suggestion that would begin to accomplish that short of radically overhauling an American educational system that is constructed to give the best educations to the wealthiest (and generally whitest) students and the worst educations to poor students who are brown and black.

I also think it would be unfair to put the blame for this latest College Board ineptitude entirely on the CB. It’s become something of a cliché in journalistic opinion pieces to conclude on a high note by quoting Shakespeare, but I’ll do it anyway: the fault in this instance lies not in the College Board, but in ourselves.

As Americans, we’ve never really come to terms with our unfortunate racial history and before any specific solutions can be agreed upon, we need to do that. If, as many believe, minorities should recognize that 15 decades have passed since African-Americans were held back by slavery — just get over it, in other words — then let’s just be honest about that belief and quit trying to provide patches here and there to the sinking ship of affirmative action.

No one gets extra help and, at least in principle, everyone gets the same help. It’s cruel and wrong in my opinion, but it’s not hypocritical. The various workarounds to compensate minority students for their disadvantage without calling it that, which one college administrator admitted as a motive in defense of the CB’s latest solution, just makes all these attempts at achieving equality look hypocritical and sneaky.

If, on the other hand, we can finally come to terms with the harm done to minorities in this country, then we should honestly say, yes, we’re providing poor Latino and African- American students with compensatory help that middle-class white students will not receive, and then really do it, which to date we have not.

Unfortunately, providing help on the basis of race is already illegal in some jurisdictions and the Trump administration is working to make race-blind admissions mandatory from kindergarten to college.