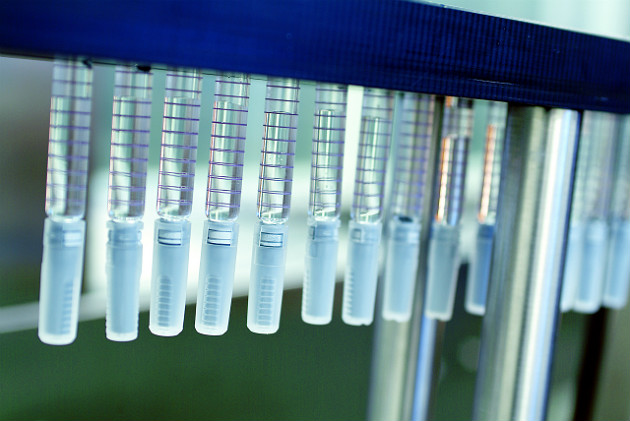 The point of departure

Biopharmaceutical companies are under enormous pressure to compete in new ways if they are going to survive. Shrinking product pipelines of many pharma companies; increasing costs associated with drug development; a blockbuster model that is giving way to more advanced treatments; and growing regulatory oversight are contributors to this added pressure.

The drug development model of today is far more sophisticated than the model of just a few years ago. This is mainly due to the greater degree of complexity of new compounds being developed.

Essentially, what companies must do in order to compete is to take an innovative approach to the way in which they manage their drug development business. This is especially true in their early development work.

Traditionally, biopharmaceutical companies have relied on drug development almost only in vials for good reason. They are “well known,” and the initial setup work is simpler.

Vials also make best sense for dose-ranging studies. With the overall high cost of drug development, it is understandable that in the early stages of the development process, companies are hesitant to add extra costs and complexity upfront, due to the general risk of trial failure.

In the past years, more progressive companies have been looking beyond the traditional methods of drug delivery in clinical phases. A reason for this includes several syringe market reports that show the global prefilled syringe market expected to show continued positive growth due to rapidly increasing development of biologic drugs and other suitable compounds.

One additional reason for this positive trend is the rising demand for greater "friendly" patient and caregiver administration, both in the clinical as well as in the market stage.

However, when a biopharmaceutical company is looking to differentiate their product, the delay of inclusion of a prefilled syringe delivery system into the development process until just before market entry can actually result in costly and competitive consequences.That is because syringe development requires various steps and tests, including stability and functionality/bioavailability tests.

In subsequent development, the transition from vial to syringe is being realized sequentially, starting at, or near the end of phase lll. This approach means that it will typically take up to two years to complete the transition to syringes, from packaging selection through validation/registration runs. Companies starting syringe development earlier, in full or partial parallel with vial development, can cut transition time by as much as 18 months, depending upon when syringe work begins and the complexity of the compound.

This shift in thinking can enable not only an immediate start with the advanced primary packaging device, but also a smoother and quicker market entry. Consequently, biopharmaceutical companies can gain an earlier return on investment.

With more biologics competing in the same therapeutic space, launching directly in a syringe can set a drug product apart from the competition and offer an advantage that other companies may not be able to beat. Partnering with a CDMO can make it both easier and faster to start syringe development earlier in the development process, thus benefiting from the described advantages early on.

Such a partner, being equipped with the necessary experience in this field, can help design a robust development process that both meet a compounds specific requirements, and already mirrors commercial production for a smooth scale-up to subsequent large-scale production.

For many indications, prefilled syringes seem to be the way of the future. And, being part of the future with clinical syringe development provides an advanced approach for innovative companies to gain an early advantage.

Dr. Paul Nelles is vice president of Vetter Development Service and is responsible for process development, process implementation and packaging development. Before joining Vetter, Nelles held a VP position in global R+D activities for Becton Dickinson, a market leader for prefillable syringe systems and medical devices. Previously, he managed as VP of the European and Asia Pacific R+D activities of West, a market leader for elastomeric components for the pharmaceutical industry. Nelles holds a Ph.D. in organic chemistry and a degree as pharmacist.