A Carolina crop of all-black Corvettes 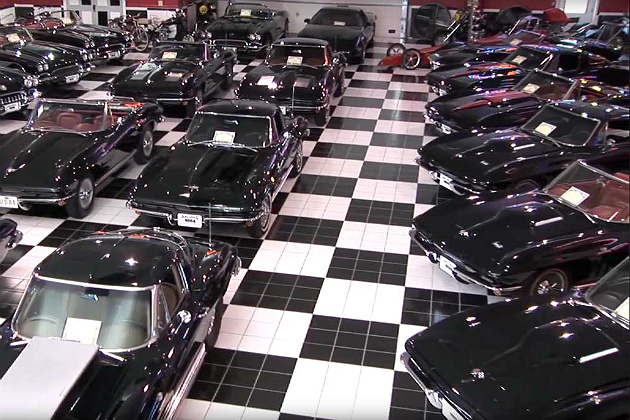 Though this photo is in color, black and white dominates the elevated view of the Bill Mullis all-black Corvette collection.

A few years ago, while visiting a mountain getaway place my wife and I own in western North Carolina, I took a vehicle into Asheville for service. I was there about four hours, and in the course of talking with the service manager, I learned about a Corvette collection that was nearby.

When he realized I was a "Corvette guy," he immediately said, "You need to meet Bill Mullis."

On our next trip there, I met Bill Mullis.

A mountain of a man but as gentle as a North Carolina sunrise, Mullis welcomed my video crew and me with open arms. Soon, it was my mouth that was wide open.

There, within the walls of two or three purpose-built structures, was a collection of Corvettes, Chevrolet muscle cars and motorcycles that were beyond impressive. All of the vehicles in the massive collection invited closer examination. But before that, the first impression was immediate.

This monochromatic assemblage shared one thing — they were all black.

"My first Corvette was black, and I really liked the way it looked," Mullis said. "Of course, with black, they show every spec of dust and every imperfection. So, you really have to have nice cars." 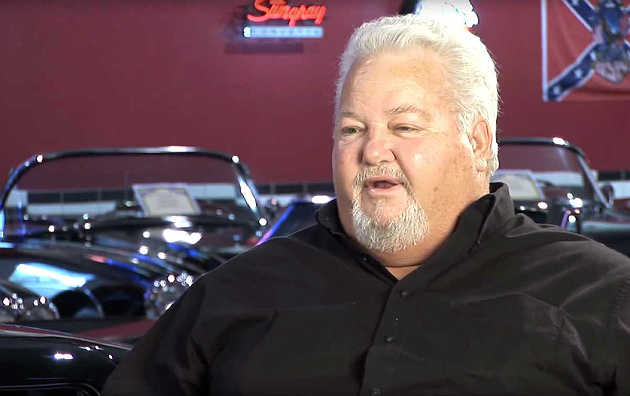 Corvette enthusiast Bill Mullis said he's loved cars as long as he can remember. His affinity for black Corvettes grew when he realized they were harder to find and collect than most other colors.


Mullis remarked that as the collection grew, he soon came to realize that black Corvettes were among the hardest to find when compared with other colors. It became a challenge, of sorts, to add to the Corvette finds in black.

The corral of Corvettes was heavily weighted toward the first three generations of the brand, with a sprinkling of later models of C5s and C6s. 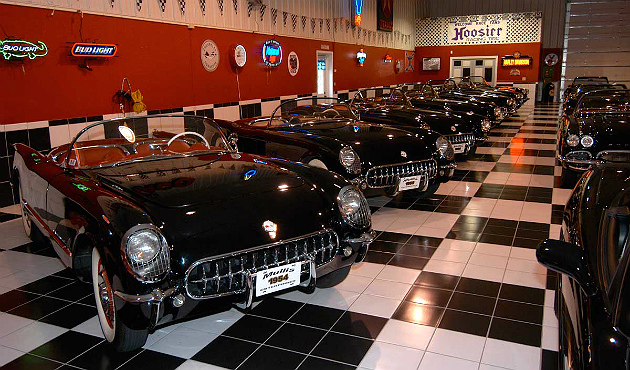 The first generation of Corvettes dominates this view of the Corvette collection assembled by black Corvette enthusiast Bill Mullis.


And virtually all of them were fuelies or big blocks and included one C2 tanker, which he acquired early on. Both coupes and roadsters could be found in equal abundance. His attraction to cars in general and Corvettes in particular was not a new-found desire.

"Ever since I was six or seven, I was fascinated with cars and could name just about any make on sight," he remembers. "My Dad liked to show me off to others by pointing at cars driving by and having me name the manufacturer. I pretty much knew them all."

If there was anything deceiving about the presentation of all those black Corvettes, it was the setting. And what a great deception it was.

The buildings in which the collection was housed were the focal point of an idyllic landscape of cross-fenced, freshly-mowed pastures on a 100-acre spread. There were a few horses grazing outside, but obviously several thousand more "horses" inside — tucked under the hoods of almost four dozen vintage Corvettes. 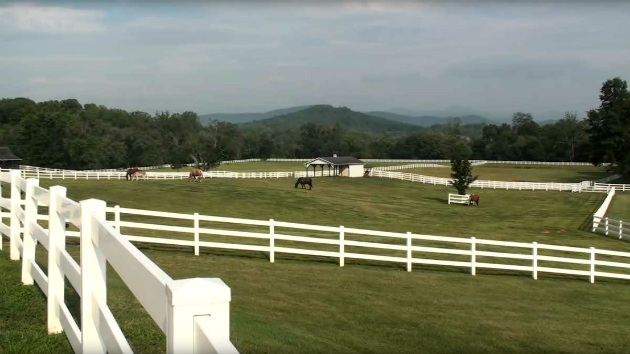 While only a few horses appear in this idyllic setting for the Bill Mullis all-black Corvette collection, there were several thousand more "horses" under the hoods of the cars nearby.


"You have at least one of every year of the first three generations of Corvette," I observed, "except the very first year, 1953. Why not one of those?"

Admittedly, I had baited him with the question.

"Simple answer," he replied. "I'd love to have a '53 Corvette. But they didn't make any black ones that year."

The Mullis collection of black Corvettes always seemed to strike a nerve among Corvette enthusiasts. The short video feature my crew and I produced on the black Corvettes (see above) continues to attract viewers — more than 600,000 to date.

Alas, nothing good lasts forever. In 2011, Mullis sold the collection during a Mecum Auction at the Bloomington Gold event that year. 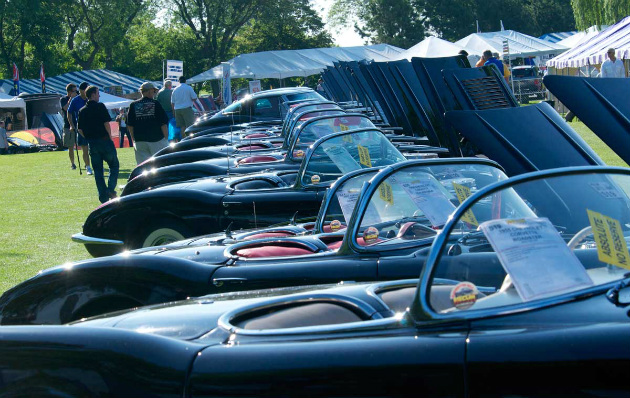 In 2011, prospective buyers stalked the grounds of the Bloomington Gold event at Pheasant Run. All the black Corvettes from the Bill Mullis collection crossed the auction block and were sold to new owners.


It can be said now that there are some happy new Corvette owners after that sale. And Mullis can take comfort in the fact that his black Corvettes have now moved on to greener pastures.

Michael Brown is a filmmaker and Corvette enthusiast/collector. He has co-hosted TV episodes about Corvettes on Discovery's Velocity Channel and produced the documentary "The Quest."