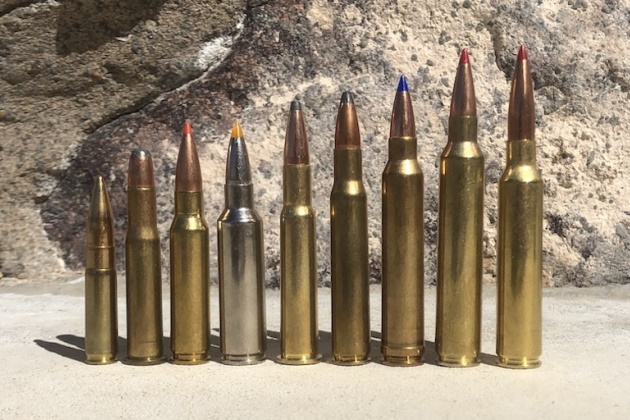 At least among American hunters, .30 caliber reigns supreme for all-around big game hunting in terms of raw popularity. This is not meant as a slight to fans of the other popular rifle calibers out there.

Indeed, there are a bunch of outstanding rifle cartridges for hunters, including 6mm, 6.5mm, .270 caliber, 7mm, and .338 caliber (among others). However, while that may not always be the case, .30 caliber cartridges are still far and away the most commonly used for hunting virtually all species of big game around the world short of cape buffalo.

What follows is a short history of modern .30 caliber rifle cartridges.

.30 caliber emerged as a clear favorite with American gun designers during the transition from black to smokeless powder in the 1890s with the .30-30 Winchester and the .30-40 Krag. The U.S. Army replaced the .30-40 Krag with the legendary .30-06 Springfield at the beginning of the 20th century, which also quickly became a favorite among civilian hunters and shooters.

Since then, the .30-30 and the .30-06 have both consistently ranked among the Top 5 most popular centerfire rifle cartridges in the United States. Other .30 caliber rifle cartridges like the .300 Savage, the .303 Savage, and the .30 Remington experienced varying degrees of commercial success at the beginning of the 20th century, but none were able to dethrone the .30-30 or the .30-06. The same goes for the little .30 Carbine, which served admirably alongside the .30-06 with the military and achieved somewhat noteworthy commercial success with civilian hunters and shooters.

Indeed, the .30-06 was the standard by which new rifle cartridges were usually judged in the U.S. for most of the 1900s. The middle decades of the 20th century saw the development of various magnum cartridges like the .300 H&H Magnum, the .300 Weatherby Magnum, the .308 Norma Magnum, and the .300 Winchester Magnum. All of those cartridges offered improved ballistic performance compared to the .30-06, but the .300 Weatherby Magnum and the .300 Winchester Magnum were the most successful out of that group and both are still extremely popular with hunters today.

The past few years have also seen the development of a number of specialty .30 caliber cartridges.

For instance, the .300 Blackout offers .30 caliber performance in a standard AR-15. A barrel change is necessary to make the conversion from .223/5.56 to .300 Blackout, but the bolt, gas system, and magazines are completely interchangeable. At the same time, the .300 Precision Rifle Cartridge (300 PRC) and the .300 Norma Magnum are both designed for to shoot extremely long, high BC bullets for optimized performance at extreme long range. Finally, the 30 Nosler is a .30 caliber magnum cartridge designed to maximize the performance hunters can wring out of a standard-length rifle action.

Through all of that, the .30-30 Winchester and the .30-06 Springfield are still trucking along and remain among the most popular centerfire rifle cartridges with American hunters. While they’ll certainly get the job done for the vast majority of hunting situations, hunters who want or need a little bit of extra power or slightly different capabilities also have access to the incredible variety of other .30 caliber cartridges that have come along in more recent years as well.