7 workplace changes to expect from a Trump presidency 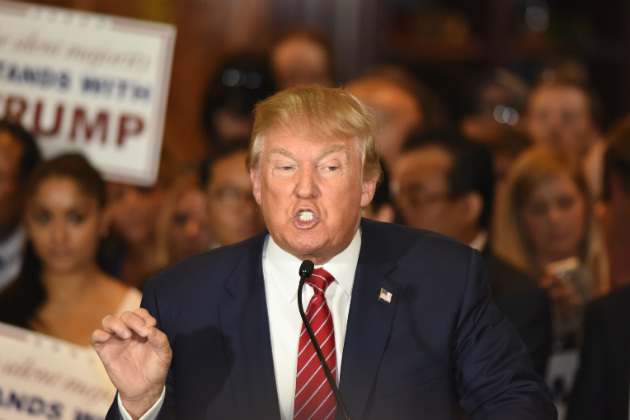 Donald Trump will soon be our nation's 45th president. While many are still reveling in the historic significance of this election, this article contains some quick predictions on what a Trump administration could mean for workplace law and the nation's employers.

It appears that Trump will have an opportunity to fill at least one vacancy on the Supreme Court (SCOTUS), the seat previously held by Justice Antonin Scalia. If Trump has the opportunity to nominate a replacement, it is fair to assume that the conservative status quo will be restored, especially if he nominates one of the individuals he named during his campaign.

Future vacancies in the SCOTUS cannot be predicted, but it is worth noting that the three oldest justices — Ruth Bader Ginsburg (83), Anthony Kennedy (80) and Stephen Breyer (78) — are liberal or moderate. It is highly likely that there could be at least one additional vacancy before 2020 and a real chance that Trump will be able to appoint two additional justices besides the current vacancy.

The make-up of the SCOTUS becomes important when you consider the workplace law issues that could come before the court. Arbitration provisions, class action litigation (including class waivers), union agency shop fees, the scope and coverage of Title VII, immigration programs, wage and hour law, healthcare and administrative agency powers are just some of the issues likely to confront the SCOTUS.

Moreover, currently more than 100 federal judgeships are vacant. Some pundits are already challenging Trump to fill these seats in the first 100 days. With a Republican Senate, this ambitious goal could be achieved. Given that federal judges are appointed for life, this influx of conservative judges could affect judicial interpretations for decades.

In the face of a resistant Congress, President Barack Obama made liberal use of the presidential power to issue executive orders. While it is difficult to know exactly what is in store, it is possible that Trump could unilaterally undo some of the more burdensome or objectionable executive orders, such as the one on Fair Pay and Safe Workplaces.

In the area of affirmative action, Trump's background as a businessman might lead employers to believe he will resist efforts to increase data collection. However, Trump may want to reach across the aisle and support female-supportive programs in an effort to repair some of the issues raised during the campaign.

Trump made immigration reform the centerpiece of his campaign. While he may moderate his views, expect to see an increase in workplace enforcement actions, including both I-9 audits and raids by the U.S. Immigration and Customs Enforcement agency. Trump may also move to cancel the work authorization granted under Deferred Action for Childhood Arrivals (DACA) and counteract any immigration reform measures put in place by the Obama administration.

During the campaign, Trump promised he would mandate E-Verify to check the employment eligibility of all workers in the country if elected. He also said he would alter temporary work visa programs (such as H1-Bs), which allow employers to bring on highly skilled foreign workers.

Exactly how he will alter these programs is unclear. He could do it by either decreasing the number of visas issued or by increasing prevailing wages for such workers. In any case, he will vigorously support the hiring of American workers first.

Hillary Clinton's campaign included proposals for expanding the Family and Medical Leave Act to include up to 12 weeks of paid family and medical leave and to implement an earned paid sick day plan for American workers. While Trump did not provide specifics regarding his plans for such leaves, he did express his general agreement with Clinton's position during the first presidential debate in September.

Specifically, on the topic of child care and similar initiatives, Trump said, "I think Hillary and I agree on that. We probably disagree a little bit as to numbers and amounts and what we're going to do, but perhaps we'll be talking about that later." Employers across the country will continue to wait to see what proposals might spring forth from the Trump administration on these subjects.

The Trump administration will at least be receptive to a federal minimum wage increase. During the campaign, he expressed support for such a hike, and many states have already adopted laws providing for minimum wages in excess of the federal minimum.

The Trump administration may attempt to reverse or suspend the coming changes to white collar exemptions currently scheduled to take effect on Dec. 1. However, this about-face could implicate some knotty administrative-procedure matters, and it is difficult to predict how extensive Trump's reversal could be.

It is probably safe to forecast that Trump's victory could slow down the tide of anti-employer developments at the National Labor Relations Board (NLRB). In time, we may get a more employer-friendly panel of board members.

However, Chairman Mark Gaston Pearce's term goes through August 2018, and Member Lauren McFerran's term extends through December 2019. Member Philip A. Miscimarra, the most pro-business of the current three members who has frequently been outvoted, will remain until December 2017. So, little is likely to change with the NLRB in the foreseeable future until the current vacancies are filled.

The Republican Party platform criticized the role labor unions have enjoyed under the Obama administration, and proposals put forth by the GOP seek to minimize their influence. It promises to require transparency so union members know how their dues are being used, limit veto power of union officials, and support right-to-work laws permitting workers to opt out of forced membership.

Trump signaled his agreement with these concepts during the campaign, specifically stating the country needs to be "very careful" with public sector unions.

Several OSHA initiatives will likely be in Trump's crosshairs. He could reverse course on OSHA's penalty increases. Even if Trump decides to not repeal the penalty increase rule in its entirety, look for him to at least remove the rule's requirement that Fed-OSHA's maximum penalties increase each year to account for inflation.

Employers may see an elimination of the electronic reporting rule scheduled to take effect July 1, 2017. This rule will require certain employers to report injury and illness information to Fed-OSHA, which will then post this information online for public viewing on its website.

Trump may seek to create more state plans or provide existing state plans more jurisdiction. Trump may view expansion of state OSHA plan jurisdiction as an opportunity to shrink the federal agency and save taxpayer dollars.

Also, Trump may scale back the federal whistleblower oversight of Fed-OSHA, which currently enforces whistleblower provisions in approximately 22 statutes. These claims demand a significant amount of federal resources, especially because many are unfounded (only about 1 in every 30 whistleblower claims may have merit).

Trump may attempt to eliminate Fed-OSHA's jurisdiction over many of these statutes, heighten the threshold for a claimant to establish a prima facie whistleblower claim, or both. These changes would allow Fed-OSHA to focus on high-hazard industry enforcement, accident and fatality inspections, and safety outreach consultations with employers.

Trump campaigned on an agenda of change. He will be able to use his executive powers to impact the federal judiciary and to reverse the tide of executive orders and regulations swamping employers. But he will need the cooperation of Congress to get many of his other initiatives passed.

For now, we need to be patient and stay tuned to see what changes he can actually make.