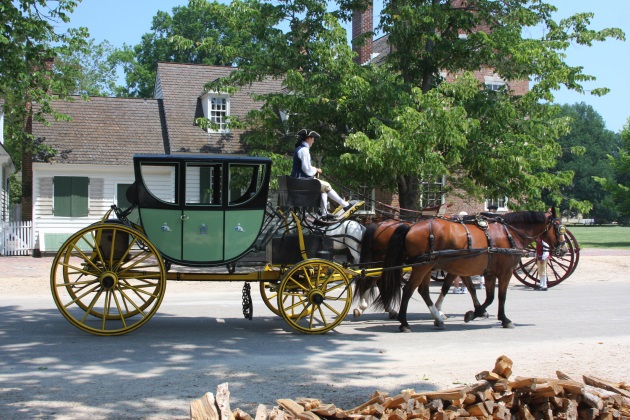 A carriage at Colonial Williamsburg.

Living history parks and museums invite us to step back in time — and into our ancestors’ world — for a glimpse into what our predecessors’ lives were like all those many years ago.

There are far too many excellent living history destinations around the country to include them all in one article, so we’ve chosen seven of them that truly standout for their emphasis on interactivity and hands-on experiences — and for their great visitor reviews.

OSV was founded in Sturbridge, Massachusetts, in fits and starts just before World War II and finally opened to the public in 1946. It is the largest living history museum in the Northeast, covering more than 200 acres and showcasing some 60 antique buildings, three water-powered mills and a working farm.

Buildings, including homes, a meetinghouse, a school, bank, print shop, country store and blacksmith shop, have been authentically restored to show how they would have been used during the 1790s through the 1840s. Costumed and well-schooled interpreters occupy most the buildings, offering cooking and handicraft demonstrations, while others carry out daily farm chores, sometimes with assistance from visitor volunteers.

Often cited as the cream of the crop when it comes to living history museums, Colonial Williamsburg presents a masterful showcase of 88 original historical buildings, lovely grounds and formal gardens, and nearly 500 reconstructed buildings from the Colonial and Revolutionary War eras.

Meticulously restored to appear as it did when it served as the capital of Virginia from 1699-1790, Williamsburg also was the center of education and culture for the colony. Great political thinkers of the time, including George Washington, Thomas Jefferson, Peyton Randolph and Richard Henry Lee met to debate the issues of the day at the Raleigh Tavern.

The flames of freedom from England were fanned here and today’s visitors can join in daily street theater performances as talented character actors recreate the events of the revolution that gave birth to the nation. 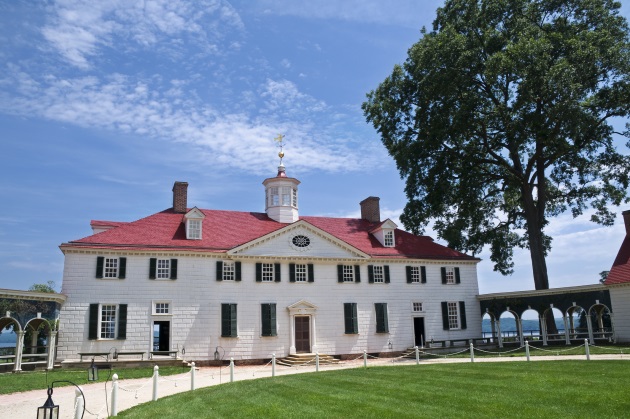 George Washington’s Mount Vernon, situated 15 miles south of the nation’s capital, is the historic home of George and Martha Washington. Owned and operated by the Mount Vernon Ladies’ Association, it stands as an enduring tribute to America’s founding president where visitors can explore the historic mansion, outbuildings and grounds preserved to the year 1799 — the last year of Washington’s life.

In its entirety, the estate encompasses almost 8,000 acres, much of which were actually farmed by Washington, who was known at the time as a visionary farmer. The Mansion Tour is a must, but admission tickets also are good for a look at fully functioning reconstructions of Washington’s grist mill and whiskey distillery.

Also of interest is a 16-sided treading barn (Washington’s very own invention that was used for processing wheat) and replica slave cabin where visitors can learn about the lives of enslaved workers who helped put Washington’s agrarian ideas into practice. Visitors keen on history will also want to explore the galleries of the Donald W. Reynolds Museum and Education Center.

More than 600 vessels were constructed along Connecticut’s Mystic River between 1784 and 1919 — the golden age of America’s maritime enterprise. Today, the Mystic Seaport Museum explores the long, historic relationship between America and the sea, and stands as a tribute to the nation’s rapidly disappearing seafaring traditions.

A visit starts with a stroll through the re-created 19th century whaling and shipbuilding village comprised of dozens of authentic old New England buildings staffed with historians, musicians, storytellers and craftspeople that strive to bring America’s seafaring past to life. More than 30 homes, shops and businesses from the 1800s were transported to Mystic from locations around New England.

On Mystic’s waterfront you can climb aboard historic vessels such as the Charles W. Morgan, the world’s last wooden whaling ship. Later on, a visit to the Henry B. DuPont Preservation Shipyard provides a rare chance to watch skilled craftspeople — shipsmiths, coopers, riggers and woodcarvers — performing the lost art of wooden shipbuilding. 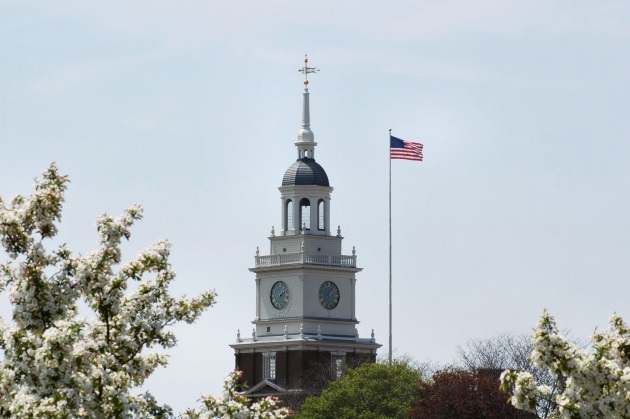 The clock tower at Greenfield Village.

Greenfield Village, near Detroit in Dearborn, showcases historic homes and buildings that Henry Ford had moved to the site from their original locations around the country as well as exhibits on transportation and the history of American innovation. The sprawling, 80-acre attraction features seven historic districts that lead visitors on a trip through three centuries of American history.

In a matter of hours, you can drop by Noah Webster’s home where he compiled the first American dictionary, explore a courthouse where Abraham Lincoln practiced law, visit the former home of poet Robert Frost, and check out a bike shop once owned by the Wright Brothers.

Not to be missed either are districts/buildings dedicated to American innovation, such as Henry Ford’s Model T District featuring Ford’s home and a replica of his first factory (where you can take a spin in a restored Model T). Another such venue is the Edison at Work District where guests are invited to tour the legendary inventor’s Menlo Park laboratory.

There’s much more to do — a steam train ride, farming demonstrations and a visit to the Henry Ford Museum among them — but you’ll need more than a day to do it all.

Wisconsin’s 19th century settlers had a tough life, and Old World Wisconsin was founded in 1976 with a mission to tell the stories of hardy homesteaders in a new and more compelling way — by inviting visitors to spend some time in immigrants’ shoes.

The park, located about 40 miles west of Milwaukee, routinely lets guests wander among 60 reassembled historic structures to glimpse life as it was lived by European newcomers. During fall months, visitors wishing to go deeper can join a special tour, assuming the identity of an actual immigrant.

Details of that person’s life — including all the ups and downs involved in surviving in the Wisconsin wilderness — are revealed bit by bit as the visitor moves through the village. According to the park director, visitor reaction to this attempt to personalize history has been quite positive.

This is the Place Heritage Park, Utah

This 450-acre living history park offers visitors a look at life in 19th century Utah from the Mormon arrival in 1847 to statehood in 1896.

The location of the park is where, on July 24, 1847, Brigham Young first saw the Salt Lake Valley, soon to become the Mormon pioneers’ new home, proclaiming “This is the Place.” Tens of thousands of Mormons (members of The Church of Jesus Christ of Latter-day Saints) followed the original settlers, enduring a long migration to escape religious persecution in Illinois.

The Park’s Native American Village pays homage to the five tribes that inhabited the area long before pioneer settlement. It offers guests an opportunity to watch ceremonial dances, grind corn and weave rugs.