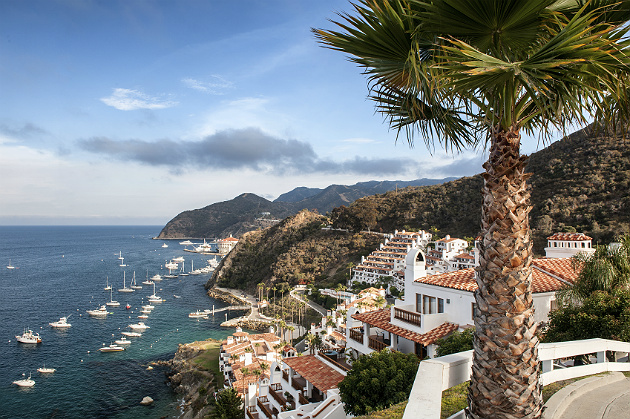 Catalina Island is one of eight islands just off the coast of Southern California that offer a diversity of visitor activities.

You don't need a passport to experience some of the world's best island getaways. There are plenty of amazing island destinations nestled around American shores. Whether you're seeking a relaxing escape from city life, a heart-pumping action vacation or an encounter with nature or the nation's history, there's an island out there to suit your interests.

Read on to learn more about six of America's most exceptional getaway islands — from sea to shining sea.

This chain of eight islands just off the coast of Southern California offers a diversity of visitor activities. Five of the rocky islets (San Miguel, Santa Rosa, Santa Cruz, Anacapa and Santa Barbara) were designated as the Channel Islands National Park in 1980.

Free of commercial development and human habitation, these five islands are home to an extraordinary variety of indigenous wildlife. More than 2,000 species of plants and animals flourish in the mountains, canyons, coastal cliffs, sea caves and tide pools protected within the park.

The best-known and only developed island in the archipelago is Santa Catalina Island — popularized as "the island of romance" in the '60s hit single "26 Miles" by the Four Preps. Catalina Island — as it is commonly abbreviated — is easily accessed by ferries from several ports in Los Angeles, Long Beach and Orange County.

Most activities here center on the picturesque Mediterranean-inspired port and bay of Avalon. No cars are allowed so most visitors amuse themselves by walking or renting a bike or golf cart to explore Avalon's many boutiques, spas, bars, restaurants and night clubs. More energetic types can hike or bike into the rugged interior, now largely preserved as a nature conservancy. 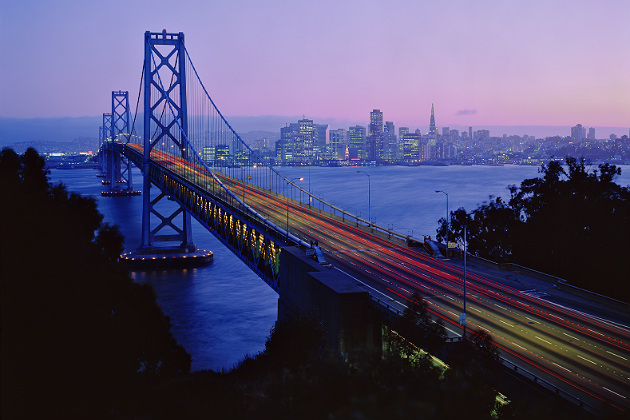 Treasure Island provides stunning views of The City by the Bay.


Treasure Island is an artificial island in San Francisco Bay, built in 1936-37 for the 1939 Golden Gate International Exposition (World's Fair). During World War II, the island became a naval station and remained so until being decommissioned in 1997 and eventually redeveloped for public use.

Today, the island stands out as one of San Francisco's unique neighborhoods, serving as home to 2,300 residents and as a popular getaway spot for city residents and visitors alike. The island is easily accessed from off-ramps on the San Francisco-Oakland Bay Bridge/Interstate 80 or from downtown San Francisco using the MUNI 25 Treasure Island bus line.

Although it’s a tiny islet — only about a square mile in size — there's quite a variety of things to do here. Many visitors come to rummage through the Treasure Island Flea, a sprawling marketplace staged on the last weekend of each month, or to attend musical events. A museum, housed in one of the old Art Deco-style Exposition buildings, recounts the island's colorful history. Wine lovers can do a tasting tour of the island's seven wineries.

Treasure Island Sailing Center provides sailing instruction and boat, paddleboard and kayak rentals. Or you can rent a bike and cruise the perimeter of the island for stunning views of The City by the Bay. 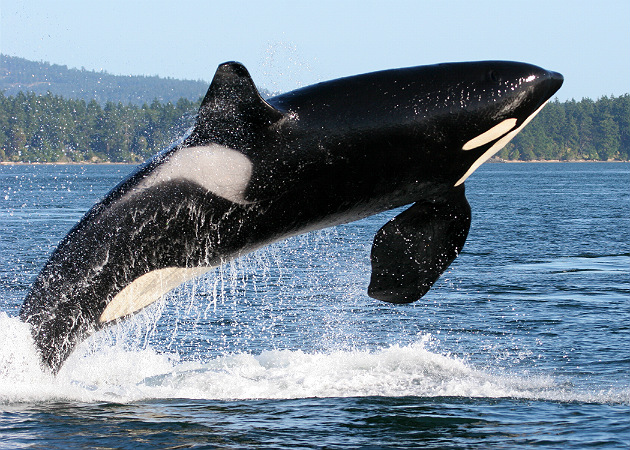 The San Juan Islands is one of the best places in the world to see killer whales, commonly known as orcas.


Waters surrounding the San Juan Islands (Orcas, Shaw, Lopez and San Juan) are teeming with porpoises, seals, sea lions and trumpeter swans — plus, it's one of the best places in the world to see killer whales, commonly known as orcas.

Ferries to Friday Harbor on San Juan Island depart several times daily from Anacortes, about a 90-minute drive north of Seattle, and additional ferry routes connect the rest of the islands. You can take your car or bike on all ferries.

If you have only a day to spend, you'll find plenty to do on San Juan Island. You can kayak among orcas and sea lions on a guided paddling trip or head to Lime Kiln Point State to catch site of the creatures from dry land. During you visit, be sure to stroll through Friday Harbor, a quaint and walkable village where you'll find the Whale Museum, boutiques, antique stores, art galleries, bars and restaurants. 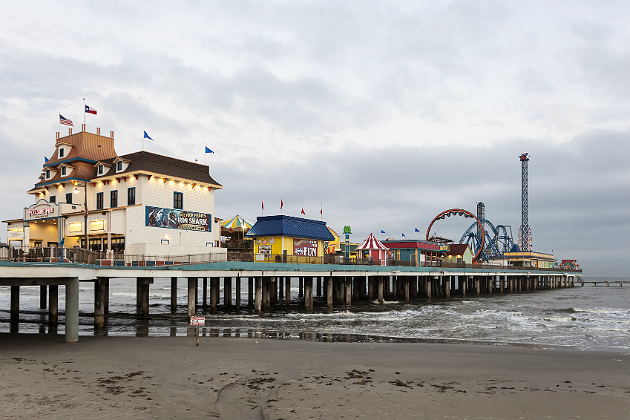 
Located on the Gulf of Mexico just an hour south of Houston, Galveston sits on a long, thin barrier island, notable for its 32 miles of beaches. That's reason enough for beach-going being a prime visitor activity.

Best choice among the beaches is at Galveston Island State Park on the island's west end. It was recently named among the top five "Best Gulf Coast Beaches" by the Travel Channel — and not just for sunning. Visitors can enjoy kayak tours, nature field trips and fishing clinics — all at no cost.

The park features 2,000 acres of coastal habitats — beaches, salt marshes wetlands and prairies — that host an amazing variety of wading and shore birds and other wildlife.

Attractions and activities of an entirely different kind are to be found in the city of Galveston, where there always seems to be a festival or musical event underway. A beach band concert staged every Tuesday night during the summer at Sealy Pavilion attracts large crowds. Another big draw is Galveston Island Historic Pleasure Pier — 1,130 feet long and loaded with restaurants, rides and amusements, including the infamous Iron Shark roller coaster.

The city also is justly proud of its history and culture, as exemplified by The Strand, a multiblock National Historic District often cited as one of the nation's largest and finest concentrations of Victorian architecture. Among its standout structures: the 1859 Ashton Villa, 1892 Bishop's Palace, 1895 Moody Mansion and the 1894 Opera House. 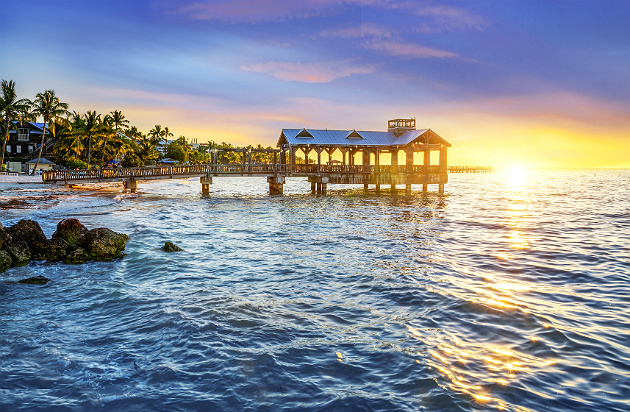 Sunsets are special in Key West, the southernmost city in the continental U.S.


No roundup of American island getaways would be complete without including Key West. It is unquestionably the country's most extraordinary island outpost.

You can cruise or fly there, but driving the fabled Overseas Highway is really the way to go — hop-scotching a 126-mile-long string of keys and bridges that isolates Key West from mainland Florida and, for that matter, all of America. It is slow going but eventually you'll find it there — a two-by-four mile sliver of limestone at the end of the road, surrounded by a pastel sea.

Although it may be best known for Hemingway and Jimmy Buffet's "Margaritaville," the real essence of the place is its Caribbean atmosphere and appearance. It is the southernmost city in the continental U.S. — closer to Cuba than to Miami — and many of its early residents hailed from the Bahamas and Cuba.

You'll see evidence of this in the island's colorful architecture. Most distinctive are the frilly gingerbread-trimmed Victorian and Queen Anne wood-framed houses and beautifully crafted Bahamian-style "conch cottages."

While there's more to see and do than you could accomplish in a month-long visit, here's a short list of must-see Key West attractions and activities:

The city’s most famous landmark is the Ernest Hemingway Home. You'll feel a palpable presence of one of America's greatest authors as you explore the old Spanish Colonial-style mansion where Hemingway lived from 1931-40 with his family and a dozen or more cats, whose offspring still reside in the mansion.

For many visitors the island's most fascinating attraction is the Mel Fisher Maritime Museum. It features the world's largest collection of 17th century maritime antiquities, including a stunning array of gold, silver and gems that the late treasure hunter Fisher retrieved from the Spanish galleon Atocha that wrecked off Key West in 1622.

Following on the boom in ecotourism are two of the city's newest attractions, the Key West Butterfly & Nature Conservatory, a glass-enclosed habitat that’s home to thousands of tropical butterflies; and Florida Keys Eco-Discovery Center, notable for its impressive Living Reef exhibit. Both are proving popular among visiting nature lovers.

Sunsets are special in Key West, and so is the quirky celebration they inspire nightly on waterfront Mallory Square. You absolutely have to attend this ritual affair that brings together a throng of entertaining characters — torch jugglers, sword swallowers, tightrope walkers, psychics, artists, mimes, musicians and food vendors — for a manic backup performance to the setting sun. 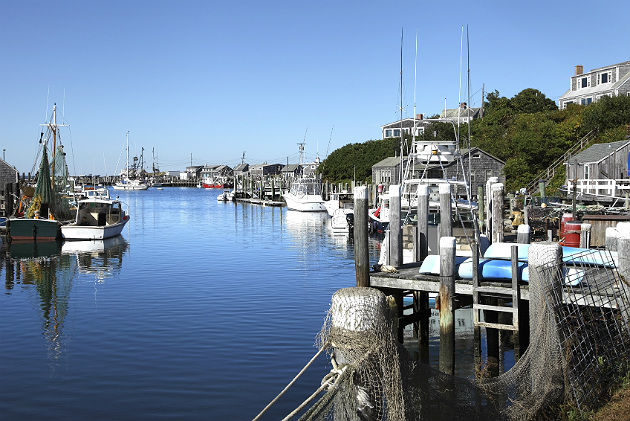 Make your way to Menemsha where docks bustle with fishing boats unloading fresh catches —and where a seafood lunch or dinner will cost a fraction of mainland prices.


A longtime summer colony for the rich and famous, Martha's Vineyard has a reputation for exclusivity, attracting the likes of presidents Bill Clinton and Barack Obama, Oprah Winfrey, David Letterman and Spike Lee with laid-back elegance and idyllic summer weather.

But that shouldn't dissuade more common folk from visiting this charming little islet that sits just a few miles off the Massachusetts coast. There's no need to empty your wallet on a Vineyard escape.

Unless you insist on taking your car, getting there and back is downright cheap utilizing the Steamship Authority ferries that run a busy schedule between Woods Hole on the mainland and Vineyard Haven. During the summer season it costs $137 round-trip for a car but only $17 if you go afoot and just $8 more to take a bike. Two-wheeling is the way to go, and if you don't have your own bike there are at least a half-dozen rental outfits in Vineyard Haven where you can rent a bike (starting at $18 a day) or moped (starting at $99).

If you wish to stay more than a day, there are a number of reasonably priced B&Bs in the island's five small towns with rates ranging from $79 to $200 a night (see www.bedandbreakfast.com). Cheap eats are available, too, with meals for $10 or less at such eateries as LaChoza in Vineyard Haven, Linda Jean's in Oak Bluffs and The Wharf in Edgartown. Or make your way to Menemsha where docks bustle with fishing boats unloading fresh catches — and where a seafood lunch or dinner at Larsen's or Menemsha Fish Market will cost a fraction of mainland prices.

Here are some of the best things to consider doing or seeing in Martha's Vineyard. Discover the island's unspoiled nature at sites like Cape Pogue Wildlife Refuge, Felix Neck Wildlife Sanctuary and Longpoint Wildlife Refuge. Visit the five scenic 19th century lighthouses, including East Chop, West Chop, Cape Pogue, Gay Head and Edgartown — all of which have scheduled visiting hours during the summer.

Tour the quaint Carpenter-Gothic-style gingerbread cottages that make up an old Methodist Church encampment in Oak Bluffs. Relax on a sandy beach or hit the water on a sailboat or surfboard. Or, take a ride on the 1876 Flying Horses Carousel — the nation's oldest platform carousel — in Oak Bluffs.