6 American battlefield re-enactments to check out in 2017

Fort Ticonderoga on the shores of Lake Champlain during the 2016 re-enactment in July.

Peering through a cloud of acrid smoke at a wave of musket-firing soldiers and cringing from volley after volley of ear-pounding pyrotechnics, I was beginning to feel like a front-line war reporter. But thankfully what I was witnessing wasn't for real. The furious action taking place just yards away was part of an amazingly authentic replay of Florida's largest Civil War battle.

The setting was Olustee Battlefield State Park in the pine barrens of north-central Florida, where several hundred combatants clad in blue and gray uniforms of the Union and Confederacy were replicating an actual encounter fought in February of 1864. It's one of dozens of such re-enactments staged annually across the country that bring together thousands of dedicated re-enactors who have made a hobby out of their interest in wartime history.

Battlefield re-enactments have a long history across the globe. The Romans staged recreations of famous battles within their amphitheaters as a form of public spectacle. In the Middle Ages, tournaments featuring military displays and mock battles were popular. The re-enactment of American battles began gaining momentum in the late 19th century.

Within a year of the 1876 Battle of the Little Bighorn in Montana, survivors of Gen. George Custer's U.S. 7th Cavalry Regiment recreated the scene of their defeat for the cameras. Re-enacting the Civil War began shortly after the real fighting ended. Veterans recreated battles as a way to remember their fallen comrades and to teach others what the war was all about.

Nearly 60,000 Union and Confederate veterans attended The Great Reunion of 1913, commemorating the 50th anniversary of the Battle of Gettysburg. The event featured replays of various actions during the famous battle, including Pickett's Charge.

Civil War re-enactments are by far the most popular in the U.S., although there are a variety of other conflicts that are being brought back to life around the country. Let's take a look at some of the best of them. 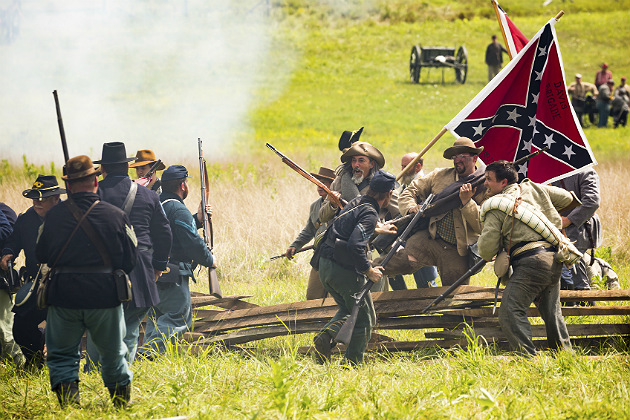 The 154th Gettysburg Battle Anniversary Re-enactment is set to go July 1-3, 2017, marking the largest and longest tenured of all Civil War re-enactments. Next year's event coincides with the actual days of the battle in 1863 that resulted in 51,000 casualties and foreshadowed the end of the Southern cause.

It is expected to attract 10,000-15,000 re-enactors and about 50,000 spectators. The Gettysburg battlefield looks much as it did in July 1863, adding to the realism of this historic replay. 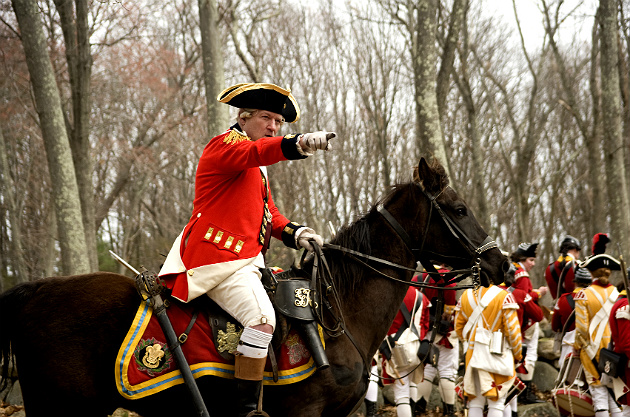 April 19, 1775, was the fateful day of that famous "shot heard round the world," and the Battle of Lexington is relived every year on Patriots' Day — on the very ground where the first skirmish of the Revolutionary War took place.

Nearly everyone knows the story about how one lantern in Boston's Old North Church meant the British were coming by land, sending Paul Revere on his hectic ride from Boston to Lexington. The 46th annual re-enactment of the battle next April 17 will be performed by members of the Lexington Minute Men Company and His Majesty's Tenth Regiment of Foot. But you'd best put in an early wake-up call as the event gets underway on Lexington Green at 5:30 a.m.

This imposing 18th century fortress on Lake Champlain in upstate New York was the scene of colonial warfare in North America during most of the 18th century. France and Britain fought repeatedly over the strategic outpost that controlled trade routes between the Hudson and St. Lawrence River valleys. The sprawling star-shaped fort also figured importantly during the Revolutionary War, changing hands between British and American forces.

Restored and now a major tourist attraction, Ticonderoga stages a busy schedule of re-enactments and living history events from May to October. Best of the re-enactments scheduled for 2017 is "Montcalm's Cross: The 1758 Battle of Carillon," a colorful two-day replay, July 22-23, of an epic battle between French and British forces for control of Carillon, later named Ticonderoga. 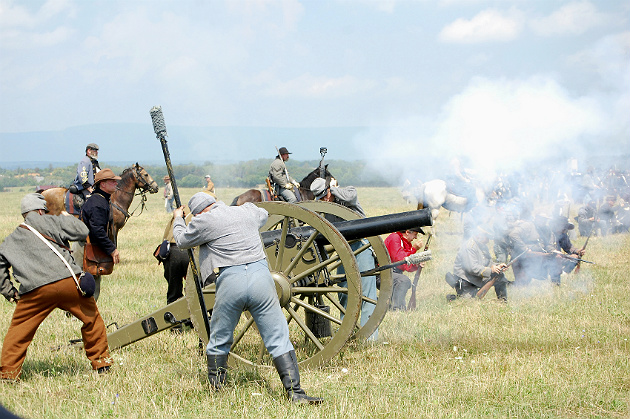 Like Gettysburg, this re-enactment has been staged every year since the actual battle ended. So next year's event, Oct. 21-22, will mark the 153rd commemoration of the largest Civil War battle in the Shenandoah Valley, held on the original battlegrounds of 1864 just outside Middletown, Virginia.

The Battle of Cedar Creek was significant, with the Federal Army of the Shenandoah under the command of Major Gen. Philip Sheridan finally driving the war-weary Confederate forces of Lieutenant Gen. Jubal Early from their stronghold in the Shenandoah Valley. 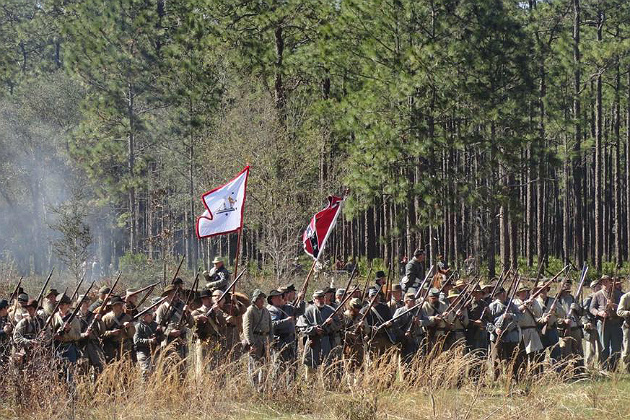 This three-day event, next scheduled for Feb. 17-19, 2017, has been capably organized since 1977 by the Florida Park Service, the U.S. Forest Service, a local citizens support organization and hundreds of dedicated re-enactors.

The battle remembered here took place on Feb. 20, 1864, when Union and Confederate armies — together numbering about 10,000 cavalry, infantry and artillery troops — clashed near the small railroad town of Olustee, 15 miles east of Lake City. When the smoke cleared, the Union army had been dealt a stinging defeat.

6. Battle of the Little Bighorn, Montana 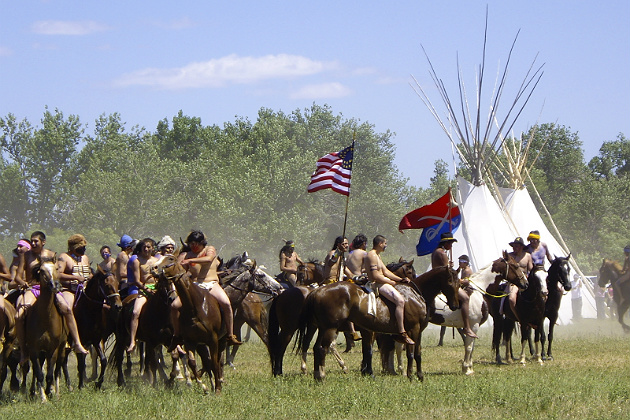 This battle, also known as Custer's Last Stand, is easily one of the most famous conflicts in American history. It pitted Custer and more than 600 of his 7th Cavalry troopers against about 2,500 mounted warriors of the Lakota Sioux, Northern Cheyenne and Arapaho tribes.

The two-day battle, staged along the banks of the Little Bighorn River on June 25-26, 1876, resulted in a crushing defeat of the 7th Cavalry. Custer and 268 of his soldiers perished in the encounter.

Re-enactments of the famous battle are organized and staged by the Real Bird family, prominent members of the local Crow Tribe (Crows served as scouts for Custer). The event brings together more than a hundred volunteers who showcase the bravery and tremendous riding skills of both sides during a realistic and exciting portrayal of the Wild West. The 2017 re-enactment is set for June 24-25.