5 kinds of difficult managers — and how to retrain them 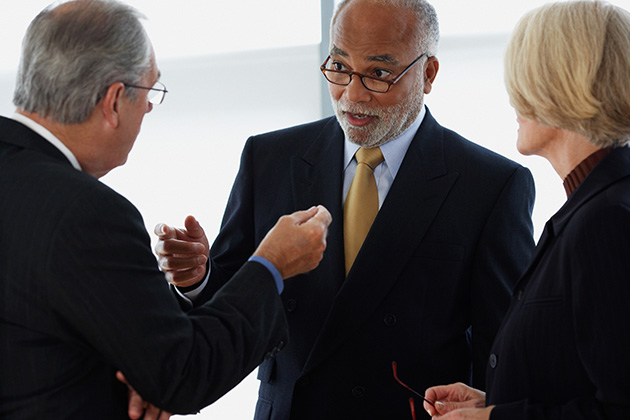 We all remember our favorite teachers in school — and those instructors we'd rather forget, too. Employees view their tough-to-deal-with superiors the same way, of course.

A less-than-personable manager may be great for your company's bottom line in terms of achieving profit, but the way he or she deals with their team should be addressed. A difficult manager can sometimes have a long-lasting impact on your entire business.

For example, a study from Concordia University finds that core values can be positively shaped by authority figures in an environment. So, you want to make sure to choose the manager who will give his staff positive input on a consistent basis.

The good news is you can work with even a problematic manager once you understand the type of personality you're dealing with. Let's talk about some common tough manager types — and the smartest ways to collaborate with each type most fruitfully.

It's great when a manager expects his or her team members to be the best that they can be, but this manager puts too much pressure on team members to excel, to the point where they might be experiencing signs of physical or emotional stress. As an example of a worst-case scenario, a study from the Society for Personality and Social Psychology identified perfectionism as a cause of burnout.

Your Smart Strategy: Explain to your perfectionistic manager that you're making self-care among your employees a top company objective. Ask him/her to go easier on the team, and give him/her the task of working on a stress-reduction initiative, such as organizing a yoga or meditation group for team members.

Your Smart Strategy: Be frank with your manager. Ask him/her if he/she truly recognizes the detrimental impact these actions are having on staff members, because it's unacceptable.

If he/she is contrite, monitor the manager's behavior to make certain it changes. If it doesn't, this is definitely a case where you will need to consult with human resources on a next step — bullying is never OK on the job.

This manager is constantly thinking up ways to curry favor with his/her superiors for his/her own gain — from organizing demanding and flashy projects that their staff is compelled to spend his or her free time on to not being fully tuned in to team issues or key concerns because their attention is on his or her own goals.

Your Smart Strategy: Schedule a performance evaluation ASAP. An attention-seeking manager will be very likely to pay close attention to the feedback you give him/her and WANT to curtail behavior you dislike.

In a roundabout way, this will satisfy that pressing need for attention. Let this kind of manager know clearly what you expect, and give light, not lavish, praise when you see results.

This manager often slots staff into groups — the "top tier," who excel above and beyond, and everybody else. Obviously, and unfortunately, the team members seen by this teacher as more "skilled" or "gifted" will be given more positive feedback and attention than others — which isn't good for any team member's ego, confidence or development.

Your Smart Strategy: Tell this manager you'll be taking over staff team-up decisions, and reconfigure his/her project personnel so that there is a good mix of strengths and talents spread out equally. Therefore, no one suffers from being singled out as a star.

Explain why you did this to your manager, and why you want an equal, fair balance on all future team assignments as well.

This manager is unclear about what he or she wants. They give incomplete instruction and don't respond to key project questions. Employees are left to their own devices on projects, and if they get their work wrong due to lack of information, the manager heaps all the blame on them.

This kind of manager can also curtail healthy interaction between his/her team members — this is not a great thing, either. A University of Arizona study found that poor social skills can mushroom into problems like stress and loneliness.

Your Smart Strategy: Help your manager organize clear, written scheduling and assignment sheets so that everyone on the team is clear about what they need to do and when to do it.

Remind your manager, too, that the buck ultimately stops with him/her: failing to give good instructions means he/she is the one responsible if things go wrong. But, don't be afraid to lighten the mood in this situation, either — managers who don't communicate well are often self-conscious and worried about interacting in the "wrong" way with their subordinates.

Invite your manager to have a cup of coffee with you, and gently find out what it is that makes him/her hesitant to interact on the job. A little reassurance that they are great to work with and that it's OK to relax will go a long way toward opening your manager up verbally. Then, everyone in your company benefits!