5 business lessons from the NBA Finals 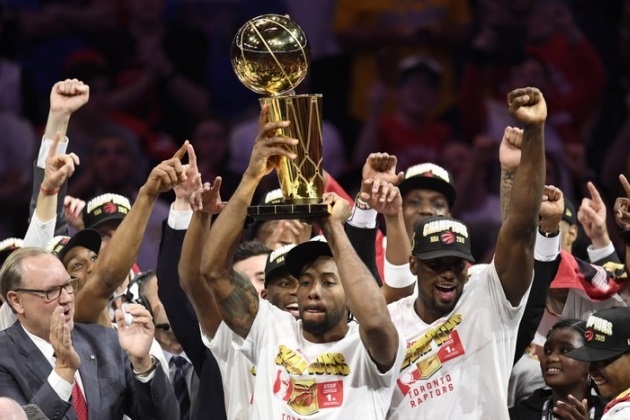 The three-peat was not to be.

The two-time defending NBA champion Golden State Warriors, struggling to keep their title for a third straight year, lost to the Toronto Raptors in the sixth game of the recent NBA Finals.

A slew of injuries to all of the Warriors’ major players hampered the team all season, and continued to plague them into the finals.

Yet the Warriors continued to stay in the game, losing the final game by only four points despite devastating season-ending injuries to two of their best players, Kevin Durant (torn Achilles tendon) and Klay Thompson (torn ACL).

The Raptors stayed the course — with outstanding offense and defense — to win the franchise’s first championship. They played consistently well, limited the playing time of their key players during the regular season so they would be healthy for the playoffs, and handled everything the depleted Warriors team continued to throw at them.

Here are five lessons from the NBA’s championship series for us in business:

Don’t rule out a competitor because they look tired, injured, or beaten up.

Whether in sports or in business, we see how both individuals and teams thought to be out of the running somehow muster the energy and determination to stage a comeback.

You need a Plan B.

And sometimes a Plan C. Very rarely do things go exactly as planned.

The Raptors limited the playing time of star Kawhi Leonard during the regular season so he would be fresh for the playoffs. The Warriors never had a chance to do that, because of ongoing injuries to their top players.

As a result, they looked worn out by the time they got to the Finals and played from behind the whole series.

Or the one after. The key is to learn what went wrong and understand what you need to change to compete more effectively in the future.

Success is not final, failure is not fatal.

It is the courage to continue that counts, according to Winston Churchill. This is what differentiates longtime champions from flash-in-the-pan, one-time winners.

Finally, resilience beats talent every time. While we all want to have the best possible talent on our team, it’s the ability to come back from setbacks that determines who wins in the long run.

Resilience is like a muscle — if it’s not exercised regularly, it tends to atrophy.

Do your teams have the resilience necessary to handle setbacks and keep winning? Or is there some work to be done to get in shape for the next contest?