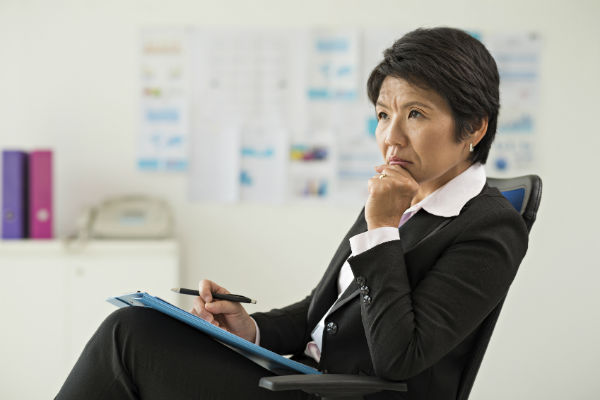 The executives you see on the cover of Forbes magazine didn't make it on a fluke. They made it there with a combination of hard work and productive habits.

Working those extra hours certainly helps, but that alone isn't the key to success. The one thing most successful people have in common is their passion and productive lifestyle. CEOs get the same 24 hours you and I do, yet they can manage to complete all their work with time left over for their personal life and hobbies.

People are amazed to hear that top executives like Bill Gates take out an hour to read daily no matter what. Where do they get the time in between running one of the world's largest companies and having a family, and just being a person?

At the end of the day, it's all about focus.

Envision a CEO from a comic strip and you'll think of that guy who's on his computer, talking on his phone and signing documents all at the same time. That doesn't happen in real life.

Successful people do not multitask. Instead, they focus on one task at a time. Multitasking kills performance and quite possibly your brain along with it.

In a recent study at Stanford University, researchers found doing multiple jobs at the same time diminishes your ability to pay attention, recall information and switch tasks. It was also found to lower IQ scores in research by the University of London.

Narrowing all your attention to one job delivers high-quality results in shorter time. It has been proven to have a better impact on performance and a person's morale. Surprisingly, you get more work done doing one thing at a time than multitasking a couple at the same time.

To help you focus, following are four D's of productivity that successful CEOs do to attain success: Do it, delete it, delegate it, and defer it.

When you're faced with a mountain of work, the best thing to do is to filter your jobs through the D's. It helps you cut out the clutter, allowing you to focus on what's important. This model is popularly used in managing email inboxes, and could be a great start to decluttering your workspace.

If the task can be done within the next hour, then get straight to it. Prioritize tasks according to their urgency and size. Start off with urgent (and preferably smaller) tasks working your way through, focusing on one thing at a time. It always feels good to tick that box on your to-do list and see the number dwindle down.

Get rid of those tasks that aren't necessary and are unproductive. Drop them from your list and remove their files or emails from your desk. There are tasks you might be doing, out of habit, that don't benefit you. Delete them from your life.

If you can't complete the task within the deadline, then check and see whether you could forward it to somebody else. Delegate it to someone in your office, a colleague on your team or somebody from the next department. You could also hire an external freelancer temporarily to get the job done.

Just make sure the person you are delegating it to can perform the task, at least, two-thirds as good as you. Few, if any, will do it as good or the same way as you, but most will at least get it done compared to sitting on your to-do list day after day.

Though you should try and avoid deferring items, it becomes necessary to prioritize tasks in a matter of urgency, leaving less urgent tasks on the deferred list. Whatever happens, do not leave it to the last possible moment and try to get it done ahead of time. Last-minute work risks poor quality because it is done in a rush and falls in danger of clashing with unforeseen emergencies or jobs close to the deadline.

This is best used as an alternative to "delete it." It can be seen the same way as not necessary or unproductive, but it does need to get done or you simply want to get to it at some point. Put these on a separate list, separate pile, separate inbox. Check in on them once a week and see if you have the time to take one or two off the list.

You will quickly see how many can actually fall into one of the above three categories.

Kristen McAlister is president/COO and co-owner of Cerius Executives. She has extensive experience in leading major acquisitions, sales and operations initiatives with small and large privately-held companies to publicly-held international companies. Kristen has spent the last 10 years facilitating companies on how to market, sell, present and execute their goals with clients and adding value through operations, sales, marketing and entrepreneur coaching.