4 causes of failure for medical devices 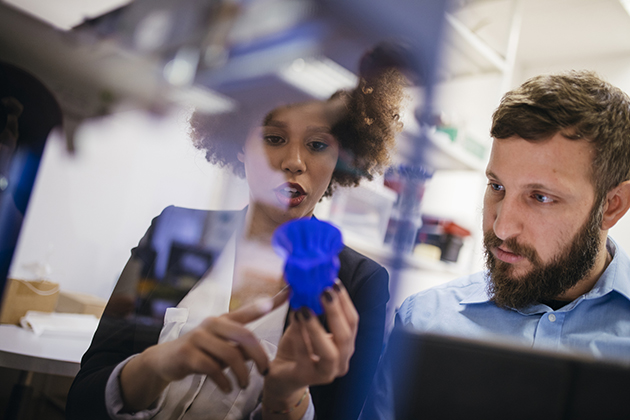 Materials are one of the most common causes of failure in medical devices, especially for plastic. Records show that material failure is responsible for 30 to 40 percent of all FDA recalls on medical devices.

The specific factors involved include the initial selection of material and over-reliance on the official specifications of those materials. The processes that materials undergo during manufacture and their operational conditions also contribute toward the probability of failure for medical devices.

Careful selection of materials is essential for avoiding the short-term financial costs and long-term loss of reputation that can accompany an FDA recall of a medical device.

Data sheets are highly effective tools for identifying the best family of materials for a particular application, and may even allow engineers to select a particular grade of material. However, they still need to test the materials when they need details on specific properties such as modulus and transition temperatures.

Additional properties that are important for the selection of plastic in medical devices include electrostatic characteristics, which affect the degree to which powdered drugs adhere to the material. Barrier properties determine how easily substances such as oxygen and water diffuse thorough the material. Other factors of interest to plastics engineers include chemical compatibility, thermal properties and impact resistance.

The processing that a material undergoes during its manufacture must also be taken into account, since factors such as physical stress often change a plastic's properties. This requirement typically necessitates additional testing after manufacture to determine if a material's properties have shifted from its baseline specifications.

This process is complicated by the fact that material failures are often the result of multiple factors. For example, the sensors in medical devices are often composed of hydrogels with an ionophore, which is a substance that transports ions across a membrane. These ionophores are generally elastomeric, meaning they're resistant to cracking.

However, in some cases, manufacturers have used a PVC plasticizer that didn't meet the required specifications. This replacement can cause the ionophore to crystallize on the sensor's surface, preventing ions from transmitting an electrical signal through the sensor's lead.

This example shows how a material's properties are determined by the combination of the material's environment, processing and microstructural issues. It also illustrates the general rule that a material failure typically involves something going wrong with at least two of these factors simultaneously.

Material data sheets routinely include a disclaimer indicating that the data is merely typical for the material and shouldn't be used for design purposes. This disclaimer is particularly important for plastics, which are generally sensitive to environmental changes.

However, designers and engineers often fail to pay adequate attention to this disclaimer. Furthermore, material testing is typically performed under ASTM conditions unless otherwise specified. These conditions generally include a temperature of 23 degrees Celsius and a relative humidity of 50 percent, which may differ significantly from the device's actual operating conditions.

Data sheets have additional deficiencies that make a material's performance in real-world conditions difficult to predict. For example, a data sheet often makes statements to the effect that a material's "tensile elongation exceeds 12 percent." However, that statement could mean its tensile elongation is 13 percent or 200 percent.

This type of deficiency is especially critical for a medical device such as a drill, which vibrates rapidly. Plastic materials typically behave more like a solid as their rate of vibration increases, causing the material to become more brittle. In the case of a drill, this application could cause the material to fail under conditions not predicted by the data sheet.

Emmet Kyle McMahan has been a full-time professional writer for over 10 years and was a software engineer for 15 years before that. He has written more than 20,000 articles on a variety of topics, including plastics engineering.