3 of the worst work behaviors and how to beat them 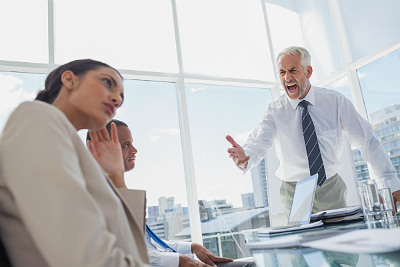 Imagine a workplace where we all said what we meant, kept an open mind and consistently cooperated to advance the organization. It happens, these work environments do exist.

However, even in the best environments, some undermining behaviors can sneak in the door. Here are three of the most challenging and some tools to deal with them.

When everyone is getting along and the company is doing well, it may be more difficult to spot employees who avoid confrontation. Though few people actually like or try to become good at direct communication, having the ability convey dissatisfaction or criticism in a constructive way should be an essential school to enter the workplace.

However, since it is not, many employees develop passive aggressive communication techniques. This includes behaviors that are hard to pinpoint yet far-reaching in their effect.

For example, calling out sick on a deadline; sending a critique via email to nearby co-worker; hiding behind policy details while completing missing the bigger picture.

To limit the impact of passive-aggressive behavior, have a private, open-minded conversation with the employee using specific examples and articulating a clear line between her behavior and its negative impact.

Oh, what a lovely reflection!

We do not often think of narcissism as an issue to address in the workplace, yet blame shifting is a common characteristic of narcissists that is a familiar problem to many managers. This could include more obvious actions like consistently pointing the finger at something or someone else.

It can also include more subtle responses like reflecting the issue back on you (What do you want me to do about it?) or looping you into the ownership of the problem.

In such cases, one of the best things to do is to realize what the employee is doing and avoid getting pulled into it. For example, if the employee starts blaming someone else, keep the conversation focused on her role and what she can do, right now, to address the situation.

As noted in this Forbes article, keep the conversation centered around what can be controlled, not what cannot be controlled.

No discussion of frustrating workplaces would be complete without referencing the movie “Office Space.” In this case, the approach Peter embraces after being hypnotized in nothing short of pure apathy.

While we may not have employees gutting fish on their desks, it is not uncommon to have employees who simply do not do what we ask. Unlike their passive-aggressive or blame-shifting co-workers, they are not offering up a policy or an incompetent teammate as an excuse. Instead, they just do not do the work.

While this can be mind-bogglingly frustrating, the best thing to do with this type of employee is (not to promote them and give them four direct reports but) to clearly and positively start holding them accountable using conversations and follow up documentation. For our sanity and the possibility, we may have to terminate him, and it is very handy to have a timeline with specific issues and our follow-up.

Thus, whether we work in a snake pit or a place full of rainbows and unicorns, most employees will avoid direct communication or any kind of confrontation if they can. As leaders it is incumbent upon us to embrace positive, direct communication. Doing so will minimize the impact of passive aggressive, blame shifting and apathetic employees.