3 lessons your business can learn from Pokemon Go’s success 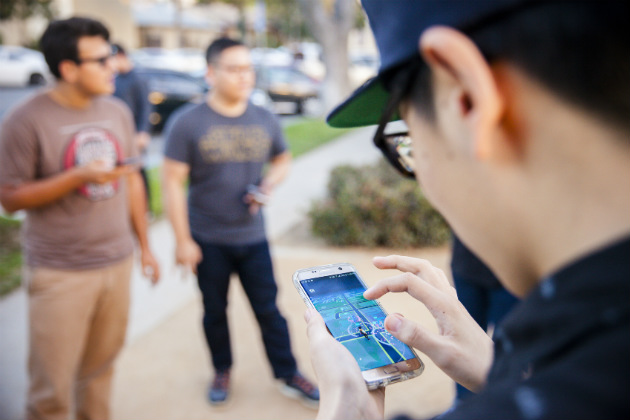 Of all the world's companies that produce, develop or market video games or video game consoles, none is more iconic than Nintendo. Originally founded as a playing card company in Japan in 1889, the company became a worldwide household name beginning in the 1980s, with the introduction of the Nintendo Entertainment System (NES).

But the company of Mario, Zelda, Super Nintendo and the Game Boy is not the behemoth it once was in the video game world — despite still producing $4.7 billion in revenue last fiscal year.

Its most recent console release, 2011's Wii U, was a massive failure compared to Sony's PlayStation 4 (PS4) and Microsoft's Xbox One. Even software sales for the company's handheld DS3 device routinely lag far behind more expensive titles for the Xbox One and PS4.

Yet suddenly, Nintendo is benefiting immensely from the phenomenon that is Pokemon Go — perhaps the biggest sensation in gaming for several years. In the past week, Nintendo stock has soared 55 percent since the game debuted in the U.S., adding $9.3 billion to the company's market capitalization.

While your business might not be in the entertainment world like Nintendo is, there are three big lessons you can take from the Japanese titan's success this summer.

The biggest, most popular games were once on PCs, consoles or handheld gaming devices. However, as smartphones and tablets have become ubiquitous during the past decade, mobile gaming has exploded.

The combined worldwide revenues from smartphone and tablet gaming represent 37 percent of the almost $100 billion games industry — larger than either PC gaming or console gaming. To its detriment in recent years, Nintendo recognized the mobile gaming phenomenon pretty late in the game.

When Nintendo announced it was getting into mobile gaming in 2015, its stock rose 31 percent, indicating that investors were expecting big things from the company's newest foray. Your business probably shouldn't expect these results, but if you're not yet operating in a large section of your industry, it's not too late if you have the right gameplan.

Another aspect of innovation Pokemon Go has taken advantage of in gaming is augmented reality (AR), whereby gameplay is built into an image of the real world.

Virtual reality, which puts the user in gameplay contained in a different world, has been advertised as the next giant development in gaming. However, the price point for a VR headset is about twice the price of the two top consoles on the market, and the games with compatibility are limited at this point.

Pokemon Go's massive success shows that AR, not VR, is the more accessible technology with the greatest potential for profitability at the moment — despite receiving a fraction of the headlines of VR. Investing in new technology is probably a wise decision in your industry, but the most state-of-the-art equipment may not be necessary promptly.

2. Determine where you can get help

Nintendo did not develop Pokemon Go like it develops most of its well-known franchises' games. San Francisco-based Google spin-off Niantic Labs did. However, Nintendo and its subsidiary The Pokemon Company provided significant funding for the game's development, and published and marketed it.

Niantic previously made Ingress, another mobile, AR, role-playing game game that uses real-life locations and maps for key gameplay features like Pokemon Go does with its Pokestops and Gyms.

Nintendo and The Pokemon Company knew it couldn't pull off such an ambitious AR project as Pokemon Go without bringing in a company that had developed a similar game. If your company has a big idea, but limited know-how on how to execute it, it's a good idea to bring another firm into the fold.

3. Have faith in your successful old brands

The first Pokemon games were released in Japan more than 20 years ago and became a worldwide phenomenon starting in 1998 when the Red and Blue titles were released in the United States on the Game Boy. New games in the series and new generations of Pokemon have continued to be released to this day, including the upcoming Pokemon Sun and Moon.

And while titles in the past 15 years have sold millions upon millions of copies, none — up until recent weeks — has matched the hype the original Red and Blue titles provided.

But part of Pokemon Go's great appeal, beyond its use of augmented reality and real-life locations, is that it uses solely Red and Blue's original 151 Pokemon in the game (out of a total 721). This allows an older generation, who might not be familiar with other, less-popular versions of the Pokemon games to have brand familiarity with the creatures they're catching.

If your business is well-known for a certain brand or product that perhaps hasn't been at the top of mind of your consumers, it could be useful to go back to basics and put a bit of a new spin on a familiar name.

It's hard to understate the success of Pokemon Go. It's now the biggest mobile game in American history and is seeing more user engagement than Snapchat, Facebook, Twitter and Instagram as of recent days. For Nintendo, it's been a sudden gold mine from which your business can take lessons.