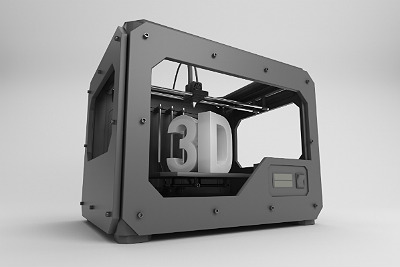 Believe it or not, 3-D printing has been around for nearly 40 years. However, it would take 20 years before the technology involved in 3-D printing became reliable and accessible on a global scale.

According to Autodesk, industrial manufacturing involving this type of printing kicked off in the mid-2000s.

Today, jet packs, limb replacements, cars and even houses are made using this technology. The commercial construction industry is also utilizing this more-efficient method of building commercial spaces and infrastructure.

When discussing 3-D printing on the commercial scale, there are two major considerations. The printers used for commercial projects are massive often measuring as large as a small house.

In addition, the raw materials are similar to the materials used in conventional construction, which include concrete and steel. This creates the ideal bridge from traditional to 3-D-printed construction while maintaining structural integrity and safety.

But is 3-D printing an economical choice for the commercial construction industry?

This is where 3-D printing can help solve two major problems in one fell swoop.

By using 3-D printing, commercial construction companies can drastically reduce labor costs. In addition, by using prefabrication via the 3-D printer, crews cut down on the amount of rework and wasted materials involved with a project.

Each of the parts to the whole is delivered and simply have to be put together. This also saves a substantial amount of time on projects, which is a value-added component for construction companies and their clients.

The Office of the Future in Dubai

One of the first examples of successful commercial construction using 3-D printing comes out of the United Arab Emirates. In April 2016, Dubai publicized the Dubai 3-D Printing Strategy initiative. This program is expected to utilize 3-D printing to construct 25 percent of the buildings in the city by 2030.

The following month, the city revealed its first major accomplishment in this sector. The Office of the Future became the world’s first 3-D building to be fully functional. Measuring at 2,500 square feet, the building includes a public cafe, lounge, meeting spaces, and private offices.

The construction took 17 days and was completed on a concrete printer measuring 20 feet high and 120 feet long. Installation was finished in only two days, while interior design and utilities took three months to complete.

More impressively, the construction reduced labor costs by 50 percent. The Office of the Future also includes sustainable features like LED lighting and responsible building systems that will continue to reduce the cost of the building.

Bicycles outnumber humans in the Netherlands. As such, it is fitting that the first 3-D-printed cycling bridge should be constructed there.

Through engineering and technology provided by the Eindhoven University of Technology and management by BAM Infra, the bridge was opened to cyclists in October 2017. To construct the first type of civil infrastructure on Earth made using 3-D printing, the researchers incorporated rebar into the printed concrete for the bridge.

By using 3-D printing for the bridge, the team reduced carbon dioxide emissions and wasted materials with this prefabbed production process. The university is confident with the results of the 26-foot long bridge, which has a lifespan of 30 years. In fact, the school is currently working on 3-D printing five houses for occupation.

These two projects are ground breaking in the sector of commercial construction. Be on the lookout for additional 3-D-printed construction projects in the next few years as this technology takes off.