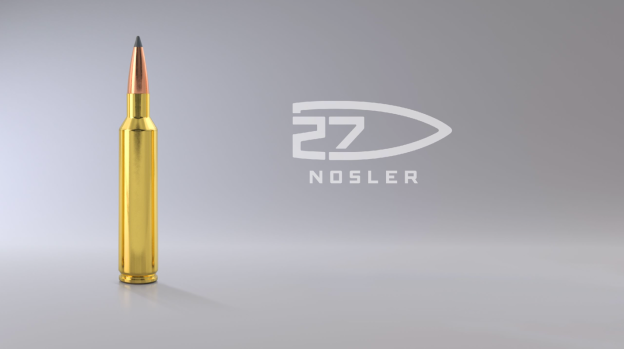 All photos courtesy of Nosler.

While January and February are usually slow months for actually going hunting (waterfowl aside), this time of year can be pretty exciting for other reasons. As I mentioned a couple of weeks ago, many big outdoor shows occur during this time of year.

Not only are these shows great opportunities to find and evaluate prospective hunting outfitters, but most of the big outdoor companies also like to unveil their new products at these shows as well.

So, what’s special about the 27 Nosler?

First off, the new cartridge has quite a bit more case capacity than the other popular 270 cartridges. Just like the 26 Nosler, 28 Nosler, 30 Nosler, and 33 Nosler cartridges, the 27 Nosler uses a beltless, rebated rim case descended from the .300 Remington Ultra Magnum (itself a descendent of the old .404 Jeffery). 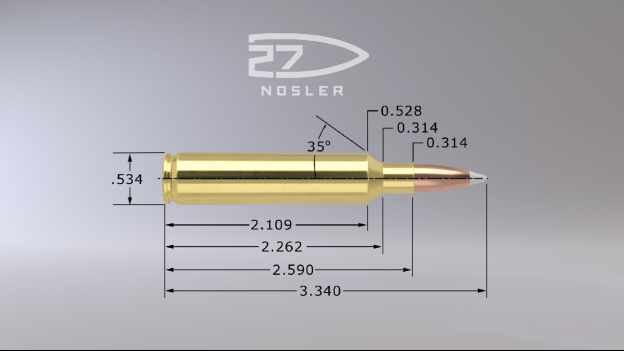 Now that’s all well and good, but the 27 Nosler has another advantage over the other very popular .270 caliber cartridges.

The .270 Winchester, 270 WSM, and the .270 Weatherby most commonly use 130 grain and 150 grain bullets. Those bullet weights work very well for a variety of uses, but a few hunters and shooters have lamented the relative scarcity of long, high BC .277” bullets in recent years. Unfortunately, since most .270 caliber rifles have a 1:10” rifling twist, bullet manufacturers are somewhat limited in their options for producing extremely aerodynamic .277” bullets.

With that in mind, Nosler chose a faster 1:8.5” rifling twist rate for the 27 Nosler. The company also just unveiled a 165 grain AccuBond Long Range bullet for use in the 27 Nosler that’s even better suited for longer range shooting than their popular 150 grain AccuBond bullet.

Do you really need a 27 Nosler?

That’s for you to decide. The .270 Winchester is still a great cartridge for hunting all sorts of game. That said, if you want to wring all the performance you can out of the .277” bore diameter, then the higher velocities and ability to use heavier and more aerodynamic bullets offered by the 27 Nosler could come in really handy.