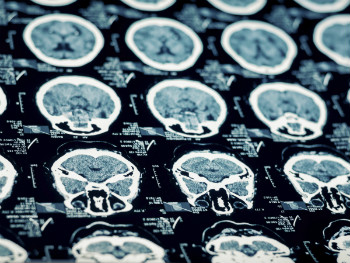 Scientists have long been aware of the devastation of chronic traumatic encephalopathy (CTE), which is marked by widespread accumulation of an abnormal protein called hyperphosphorylated tau. The protein builds up in places in the brain where it is not supposed to be and congregates in clumps in and around the brain, disrupting its function.

The disease usually presents with mood and behavioral changes at a young age. However, a new study suggests that clinical presentation could include cognitive symptoms at a later age.

Robert Stern, Ph.D., a professor of neurology and neurosurgery at Boston University, conducted a study to pinpoint adequate and accurate clinical criteria to describe what CTE looks like during life and develop objective biomarkers. He and his researchers analyzed the brains of 36 male athletes, ages 17 to 98 years in the Boston University Center for the Study of Traumatic Encephalopathy brain bank.

The researchers concluded that their study suggests two major clinical presentations of CTE, one with a behavior/mood variant and the other a cognitive variant.

The study also involved APOE genotyping from extracted DNA and showed that significantly more e4 homozygotes in the sample than expected in a normal age-matched population. This effect was largely driven by the cognition group. Two of the 11 participants in this group and one of the 22 participants in the behavior/mood group were homozygous for the e4 allele.

The findings of this study should be viewed with caution since there was no comparison group of former athletes without CTE, and families participating in the study may have been more likely to witness more severe symptoms than those not participating, thereby affecting the results.

Future studies need to examine what aspects of repeated brain trauma exposure — such as types, severity, frequency, initial age and duration of trauma — are associated with CTE.

How do you think CTE is viewed in the medical community?