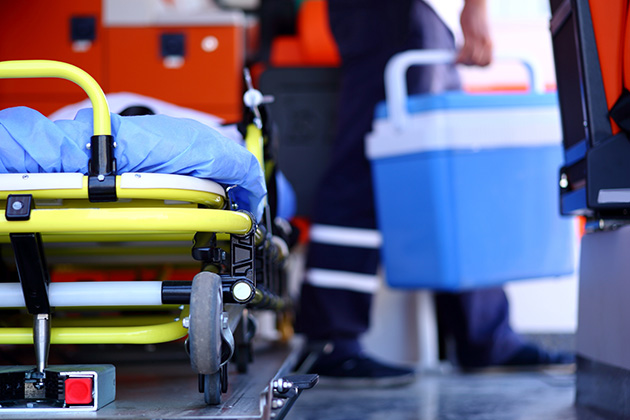 More than a dozen scientific research papers have been retracted amid suspicions the organs used in the studies came from executed Chinese prisoners.

During August, the journals PLOS ONE and Transplantation retracted 15 studies by Chinese authors after questions regarding the source of donated organs were posed. The studies were originally published between 2008 and 2014 and dealt with kidney and liver transplants.

An editorial published in Transplantation states:

"It is clear, with the benefit of hindsight, and through the Chinese Government’s subsequent clarifications of their practices, that most deceased donors were from executed people, before the Government implementation of Donation after Circulatory Death in 2010 in selected hospitals and widely from 2015. This was not transparent to reviewers and editors at the time of original acceptance for publication of these articles."

Editors at PLOS One stated the authors of the studies didn't indicate they obtained donor consent and the authors didn't clarify upon follow-up by the journal.

"Details as to the donor sources and methods of obtaining informed consent from donors were not reported in this article, and when following up on these concerns the authors did not clarify these issues or the cause(s) of donor death in response to journal inquiries. International ethical standards call for transparency in organ donor and transplantation programs and clear informed consent procedures including considerations to ensure that donors are not subject to coercion."

Two additional journals, the Clinical Journal of the American Society of Nephrology and Kidney International, have also expressed concern regarding published studies. And this may be the tip of the iceberg.

Earlier in 2019, an Australian researcher identified more than 400 journal studies which more than likely used organs from executed prisoners. Wendy Rogers of Macquarie University in Sydney has written about this topic for years but had not approached any specific journal about issuing retractions.

"We are pleased to see that at least some editors of the journals that we identified as publishing unethical research have started the process of investigating and retracting papers. Only one editor or publisher has contacted us directly as a consequence of our call for retractions. No editor or publisher has challenged our methods or findings so far as we are aware," she told Retraction Watch, a nonprofit watchdog organization that publicizes retracted studies.

In issuing the retractions, both Transplantation and PLOS One cite a paper penned by Rogers and published in BMJ Open in February 2019. Rogers' study looked at 445 studies that represented more than 85,000 organ transplants that occurred in China and were published between 2000 and 2017.

Of those, 86% did not follow ethical standards by stating how the organs were obtained or identifying the donors' causes of death. About 1% of the studied indicated that consent had been sought or granted.

“The transplant community has failed to implement ethical standards banning publication of research using material from executed prisoners. As a result, a large body of unethical published research now exists, raising questions of complicity to the extent that the transplant community uses and benefits from the results of this research. We call for immediate retraction of all papers reporting research based on use of organs from executed prisoners, and an international summit to develop future policy for handling Chinese transplant research," Rogers wrote in the paper.