10 tips for dealing with jobsite conflict 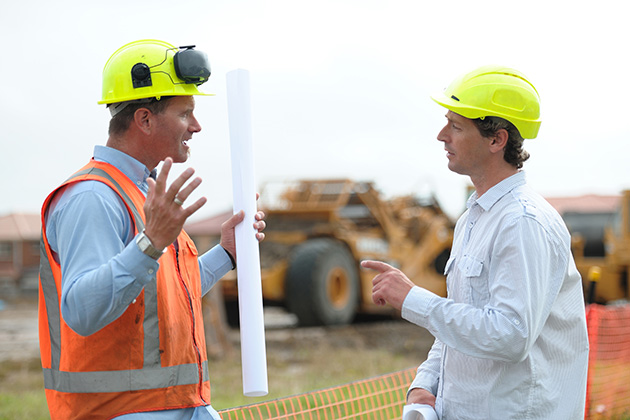 A project team was separated only by the locked doors to the two trailers that sat side-by-side on their wastewater treatment project site. Every day for six months the owner's team and the contractor's team filled their days with writing letters. Back and forth, they literally emailed more than 1,200 letters.

The purpose of each letter was clear — to prove the other side was to blame.

This type of scenario plays out far too often on construction projects of all sizes and types. Even good people with outstanding records can get "stuck" in conflict.

Conflict is not only frustrating, demanding and unfulfilling, but it is also downright expensive. A study done at Michigan State University in 2012 found that the average job site conflict took 161 hours ( about 20 days) to manage. The wages of the workers involved cost an average of $10,948!

This is only for the labor costs due to the lost time and does not include the impacts that the conflict had on the cost of the project. This study was the first of its kind to assign a monetary value to the conflicts that occurred on actual jobsites.

So what can you do to help deal effectively with jobsite conflicts? Here are 10 tips to help.

You can help the resolution process by not becoming engaged in the battle. How?

Try to remain as if you were an interested onlooker. Don't let your co-worker's words or behavior make you favor one side over the other.

Here's why: When people are upset about something, they can become engaged in the battle. At that point, they lose perspective. They stop trying to find a resolution and begin to focus on finding a way to win.

You've probably seen people engaged in a conflict. Everyone tends to talk at once. Each person is shooting verbal arrows at the other, and little listening happens.

So, set some ground rules for talking (and listening). The best rule is that one person talks at a time while the other person must listen. Reassure everyone that they will have a turn to talk and ask questions.

People are seldom upset about what they say they are. It's usually all about hurt feelings or bruised egos.

You can help people resolve their conflict by recognizing this and getting them to express their underlying feelings. A simple apology can do wonders.

4. Agree on the problem

It sounds simple, but it's powerful to identify the actual problem that is causing the friction. During a dispute, people tend to talk at each other. They don't really talk to understand.

5. Break it into bite-sized pieces

How do you eat an elephant? One bite at a time! The same is true for conflicts. When you feel overwhelmed by the problem (or the emotion involved), try breaking the problem into bite-sized pieces.

It's OK to start with the part of the conflict that is easiest to resolve. Get that part resolved, and you will have a history of being able to resolve conflicts together. Then take the next bite, and so on.

It's said that two heads are better than one. This can really be the case when you work to find a way to resolve a conflict or dispute.

Have everyone brainstorm their best ideas for resolving the problem. Make sure everyone has given you at least a couple of ideas.

After brainstorming, you will begin to see patterns. (Just look for the ideas that get repeated.)

Discuss these ideas and explore their feasibility. Maybe there is a way to execute one person's idea and still give the other side what it needs. The main thing is to stay focused on resolution — not winning.

8. Agree on a fair degree of responsibility

"This is really gonna cost you ..." or "I have really been damaged!"

Don't begin your argument with costs or the threat of a penalty. Such statements usually exacerbate the conflict, and the dispute grows more heated.

Wait to discuss money or penalties until way after you have agreed on the problem, brainstormed potential solutions and can see that you are coming to an agreement. Only then should you begin to discuss what would be a fair distribution of responsibility (who will pay what and when).

Write down whatever is agreed to, and make sure everyone gets a chance to hear or read it. Don't expect that everyone will remember it all.

You must write it down and read it back to everyone to confirm agreement. You might even have everyone sign the piece of paper.

Once there is agreement in the broad sense, you must also make sure people walk away knowing who is going to do what and when. This level of detail is critical to managing expectations and to assure that people follow through.

Try to integrate these ten tips into your personal approach when managing on-site job disputes. With practice, you will be considered a trusted leader with the wisdom to help others find the path to peace.

Sue Dyer, MBA, MIPI, MDRF is president of OrgMetrics LLC. She and her team specialize in developing collaborative cultures for construction project teams and organizations, helping them to perform as One Team. OrgMetrics facilitates construction partnering using an array of collaboration tools that allow teams to develop the norms of collaboration, then holds the team accountable to those norms so project success becomes more predictable. Sue is also the founder of the International Partnering Institute, a nonprofit organization dedicated to changing the culture of construction to one that is more collaborative.