Study: Most Americans don’t realize how much diet impacts the planet 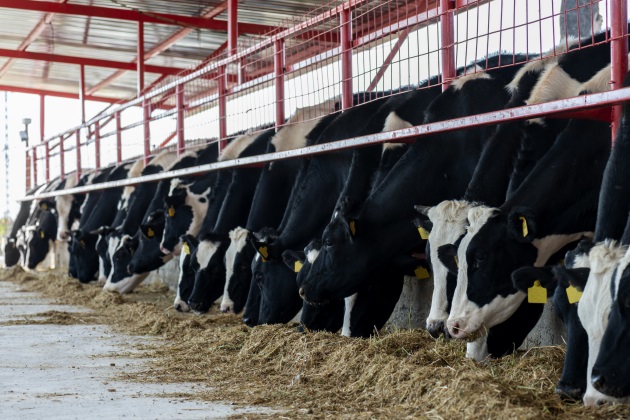 Most Americans — who, by and large, claim to be environmentally conscious — are overlooking some of the most important decisions regarding the health of the environment: What they eat.

These conversations are not happening, according to a new study. The environmental impacts of individual diets seem a little too close to home for most, as Inverse reported. While some people say that “Big Oil” is responsible for most of the planet’s environmental issues, the fight for protecting the earth may need to focus on factory farming practices and the foods that come from these places: primarily meat.

Eating less meat is one of the most significant environmentally focused decisions that individuals can make to help improve the health of the planet.

More than 9 billion animals are raised and slaughtered for human consumption each year in the U.S. alone. The results of doing so put an incredible strain on natural resources like land, water, and fossil fuels while yielding relatively small amounts of meat, dairy, and eggs for this input.

These farms and their animals produce staggering quantities of waste and greenhouse gases, polluting land, air, and water, according to FarmSanctuary.org.

For some context as to the amount of environment damage these practices — and people’s individual diet choices have on the planet — consider the following:

In the U.S. alone, animals raised on factory farms generate more than 1 million tons of manure per day — three times the amount generated by the country’s human population.

Cattle, sheep, and goats emit methane, an infamous greenhouse gas. The EPA has estimated that, between 1990 and 2005, methane emissions from pig and cow operations rose 37% and 50%, respectively.

The demand for livestock pasture is a major driver of deforestation. The Food and Agriculture Organization (FAO) of the United Nations has estimated that 70% of land formerly supporting Amazon rainforests has been turned over to grazing.

Between watering the crops that farm animals eat, providing drinking water for billions of animals each year, and cleaning away the filth in factory farms, transport trucks, and slaughterhouses, the animal agriculture industry has a huge impact on the water supply. Producing one pound of beef takes an estimated 1,581 gallons of water, which is roughly as much as the average American uses in 100 showers.

For individuals concerned about the environment, the best decision they can make for the health of the planet is to stop or limit eating all forms of meat.

According to the survey, almost half said they were willing to cut down on red meat and choose plant-based alternatives, according to a new report of more than 1,000 adults in the U.S. by Yale University and the nonprofit Earth Day Network.

The report says people think there’s a lack of information about how to buy plant-based food.

"If we do not make the connection between food that we're eating and climate change, we're doing ourselves a disservice," said Jillian Semaan, food and environment director at the Earth Day Network to The Verge. "The most immediate action anyone can take [on climate change] today is to look at what they're putting on their plate and what they're putting in their body."

The survey featured answers from more than 1,000 and showed that 70% “rarely or never” talk about the environmental impact of their food choices with friends or family. Two-thirds of the people surveyed report having never been asked to eat more plant-based foods. More than half rarely or never hear about the topic in the media, according to a summary from the Yale School of Forestry and Environmental Studies.

Other notable findings from the survey include:

“This data is a wake-up call for the climate movement,” said Semaan in a press release. “Animal agriculture is one of the major drivers of our climate crisis; we need to provide people with the relevant information that connects food choices, animal agriculture and climate change.”