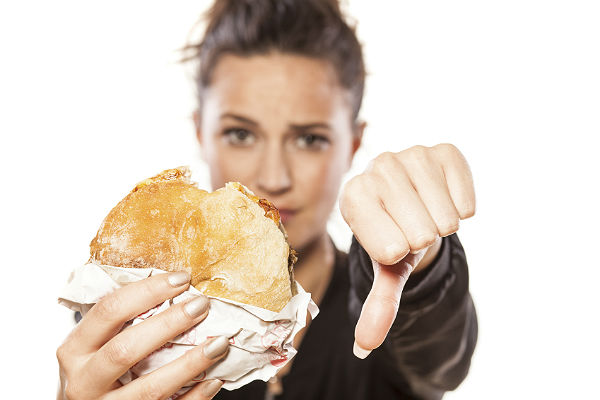 The history of American fast food is fascinating. It was a boon for double-income households when time to cook became sparse.

Gallup research shows that 8 in 10 Americans eat at a fast food restaurant every month. Fifty-seven percent of young adults report eating it weekly. In 60 years, fast foods have become an integral part of our lives.

No, it’s not an oxymoron. It’s happening.

A growing number of healthier chains are coming into being and claim that they will replace the likes of McDonald’s and Taco Bell in the future.

The FDA’s requirement that large chains have to now display calorie counts on their menu will further propel the trend of cheaper, healthier fast food and the concept of fast-casual.

New fast-food brands like Everytable, and Salad and Go hope to change that. They are offering nutritious dishes that are as affordable and tasty. They also package these foods to be as conveniently picked up as McDonald's and Taco Bell.

Increasing demand to buy "local" food has also helped these chains grow. Most source their produce locally to offer fresher and healthier meals.

They have more organic selections with fewer calories than most traditional fast foods. At first, these chains were deemed expensive. Organic produce does cost more. But these newer chains are working on overcoming the price barriers.

They are working hand in hand with local producers to drop prices and are also trying to keep operational costs low. At the same time, they will make the portions plentiful, organic, affordable and accessible to everyone.

Traditional fast food giants are not idling in the face of shifting consumer preferences. They know that Americans want their fast food to have fewer calories and healthier ingredients along with local, fresh produce.

So, legacy brands are changing their menus. For example, McDonald's works with dietitians to make their meals healthier. It is now sourcing antibiotic-free chicken and has more salads on the menu. Taco Bell has introduced a lower-calorie menu that uses cage-free eggs and fewer artificial ingredients.

With younger generations becoming more conscious of what they're eating, the concept of fast food has changed to fast-casual food. The latter is a new kind of fast food joint that healthier, and more sustainable food.

These rapidly growing chains are a blend of casual dining with traditional, counter-service fast-food restaurants. Even their interior decor shows a sense of sustainability and a strong commitment to the community.

Quick-service restaurants are an essential part of the American dining experience, but they are evolving fast as alternatives to traditional fast food.

As consumer preferences continue to develop, the grab and go industry still need to focus more on transparency in ingredients. Their commitment to source local food and be more socially responsible will be key differentiators.