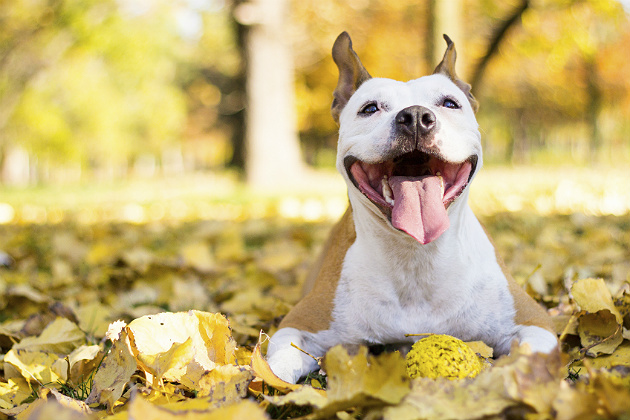 Prior to migration, animals that migrate experience multiple physiological and behavioral changes. Ethologists adopted the German word zugunruhe, which means “migratory restlessness” to describe this phenomenon.

Aside from dog and cat owners who head south in the winter with their pets and back north in the summer, we seldom think of migration as a factor in companion animal behavior. When most of us think of migration, we think of birds and monarch butterflies making their semi-annual flights.

However, many species migrate. Although some migrations are long, others may be relatively short.

The seasonal migrations of deer between lower and higher elevations is a familiar example of the latter. But periods of restlessness and anxiety may precede these shorter migrations, too.

Food preferences may shift; animals may eat more or different foods, or cache food in their burrows. And even though some practitioners and many companion animal owners may be unfamiliar with the terminology, many have experienced the direct or indirect effects of zugunruhe.

Recall that establishing the physical and mental territory is a top animal priority. During these periods of transition, both of these are unstable. Animals who functioned in a more solitary or semi-solitary manner in the warmer weather may group together for warmth and protection from predators as the weather becomes colder and food supplies more limited.

While all this occurs, it’s also increasingly likely that at least some of this activity will occur on pet owners’ property or on the trails or in the parks where they take their dogs for exercise. Ironically, some of these wild animals may adapt to areas populated by people and their pets much faster than people and pets may adapt to the presence wildlife.

Called human-induced rapid evolution change (HIREC), this population of wildlife inhabiting and even thriving in human habitats has grown so rapidly it warrants its own specialty, urban ecology. It also resulted in a recent PBS series called “Wild Metropolis.” Thus, while their owners may see their treks with their dogs on their land or in nearby parks as fun and relaxing, these may be anything but for the family pets.

Establishing and protecting the physical and mental territory also is a critical animal priority for even the most sheltered house pets. Consequently, restlessness and behavioral changes in wildlife can and does alter companion canine and feline behavior.

Often the first sign of this is the veterinarians’ or clients’ awareness that the behavioral problem is seasonal. Because changes in behavior cause changes in physiology and vice versa, some of these animals may experience physical as well as behavioral issues.

For example, the Browns’ cat marks with urine in addition to being plagued by urinary tract problems year-round. However, the history reveals that these are being aggravated by the chronic stress generated by other cats in the household, the owners’ failure to keep the litter boxes clean, and the multiple cat-related arguments that routinely occur between those people.

Compare that cat to the Greens’ cat who only falls of the litterbox wagon in the spring and fall when the free-roaming wild animal and feral cat community become more restless. As the Greens’ cat ages and more wildlife and feral cats populate their area, the cat shrinks the in-house territory she’s willing to protect.

After one traumatic face-to-face experience with a fox on the opposite side of the sliding glass door, she stops marking that door as well as the other exterior doors in the house. Instead, she only marks the Greens’ bed where she sleeps with them.

In multiple cat or dog households, the animals may adhere to a social structure in which one animal assumes the bulk of the territorial protective duties. Seasonal increases in wildlife restlessness also may lead to an increase in aggression between the highest-ranking animal and (usually) most subordinate one the household.

Typically, this occurs when the protector animal can’t or doesn’t want to target a perceived threat (e.g., a wild or feral animal in the yard). Rather than do that, the more fit animal will go after the weaker one.

Sometimes referred to as the bystander effect, targeting another safer or available target enables the protector to quickly dissipate the cascade of stress hormones summoned to take on the threat. Presumably, this spares that animal the negative effects associated with the gradual waning of those hormones over time. Wild animal studies indicate that different levels of stress hormones as a function of rank also protects the animal “underdogs” when this occurs.

In this situation, though, an elegant mechanism that prevents serious injury in wild animals may wreak havoc in companion animal households if any people present don’t understand what’s going on and why.

Perhaps all they see is their macho Bruiser snarling and charging their timid little Babycakes. Their minds are so full of images of all the horrible things Bruiser might do to their baby, they can’t see what actually is — or isn’t — happening.

Their baby has read their bully’s signals and positioned herself between the legs of a chair in a corner where he can’t get to her. Meanwhile he carries on until he’s spent and goes away… Unless, of course, the owners start screaming and yelling and turn this beneficial ritualistic display into a far more serious one.

This brings us to another aspect of zugunruhe as it plays out in human-animal interactions: the real possibility that its effects occur in humans as well as wild and domestic animals. Using a stable physical and mental territory as the standard, consider all of the seasonal transitions companion animal owners may make with or without their pets.

Think of those teachers who may spend their summers at home relaxing with their human-companion animal families who start to gear up for a return to the classroom every year. Or, the seasonal restlessness and anxiety we begin feeling as the holidays approach. In both cases, these adult human feelings may pale beside that of any youngsters in the household. No doubt the family dogs and cats are aware of and influenced by these, too.

Think of zugunruhe as the emotional soundtrack playing in the background as wild and domestic animals experience seasonal transitions of one kind of another. These transitions and any anxiety that goes with them may take many forms in human-companion animal households.

If and how these seasonal physiological and behavioral changes influence an animal’s behavior depends on the quality of the bond the animal shares with any people in the household as well as what’s going on in nature.