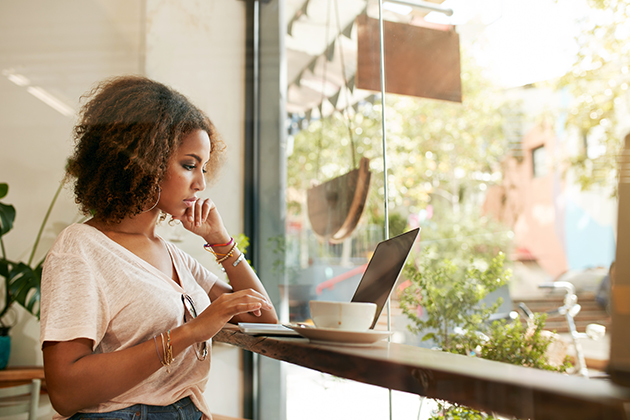 There's no official definition of the "gig economy," or, for that matter, a gig. But for purposes of this article, a gig describes a single project or task for which a worker is hired — typically through a digital marketplace or platform — to work on demand. Self-employment, or freelancing, is nothing new, of course, but what is new is that workers are increasingly connecting with short-term jobs through websites or mobile apps.

Dozens of such sites and apps have emerged during the last few years, led by the likes of ride-sharing apps Uber and Lyft; Airbnb, the booming online platform for rental accommodations; and popular side-gig platforms such as TaskRabbit, Doordash, Postmates, Etsy and Fiverr.

The percentage of workers participating in the emerging gig economy is larger than you might think.

A 2016 McKinsey Global Institute survey found that an estimated 30 percent of U.S. workers were engaged in "some form of independent work." And Intuit, owner of TurboTax, is seeing the growth of the gig workforce as an opportunity for increased earnings.

"The gig economy ... is now estimated to be about 34 percent of the workforce and is expected to be 43 percent by the year 2020," notes Intuit CEO Brad Smith. "We think this points to a lot of growth as we look ahead."

Based on the most recent demographic data available from the Bureau of Labor Statistics, it appears the gig workforce is fairly evenly distributed across the age spectrum, but the highest percentages are seen at opposite ends of the scale. Individuals 65 years and older had the highest level of self-employment at 24.1 percent, while those under 35 (the so-called millennial generation) made up 18 percent.

There are logical reasons behind the divide. Many older gig workers have retired from full-time employment and seek out side hustles to supplement their retirement income. Others have been thrust out of their jobs as employers have increasingly relied on contract workers to avoid the costs of healthcare and other benefits associated with carrying full-time employees. Also, many aging workers were displaced during recent recessions and have opted for self-employment as a last resort.

Evidence seems to indicate that it's more a matter of choice that has led to the high percentage of younger workers taking up short-term gigs rather than traditional long-term employment. Being a self-employed worker without the restrictions of a boss has a certain appeal to many of the millennial generation.

The online career of Ryan Heenan, a Costa Mesa, California songwriter, serves as a case in point. He sells customized jingles and videos online to clients worldwide.

"It's a dream come true," Heenan said. "It gives me the freedom to set my own hours. And I can do what I do anywhere there’s an Internet connection."

Connectivity — having that Internet connection Heenan mentioned — is central to the large and growing number of young people participating in the gig economy. Millennials have grown up with computers, smartphones and other such devices, and clearly it is they who have spawned the onrush of websites and mobile apps serving a digital marketplace that handily matches them with customers.

If McKinsey's survey is anywhere near accurate, America's 90 million-plus self-employed workers obviously contribute significantly to the overall economy — but on an individual basis, gig working doesn't necessarily pave the way to prosperity. In fact, data crunched by online lender Earnest and reported by Priceonomics indicates that about 85 percent of gig workers make less than $500 per month.

Uber and Lyft drivers make roughly $375 per month on average, while workers engaged with Taskrabbit — an online and mobile app marketplace that mostly matches handyman labor with local demand — do surprisingly well, earning an average of $380 a month.

What is not surprising is that those who can rent out real estate using Airbnb pull in the gig world's heftiest income — averaging about $900 a month. Clearly, people who have assets in the form of real estate are able to capitalize on them to create a significant stream of passive income.

This seems to substantiate some words of wisdom from famed investor Warren Buffett, who once said, "If you can't find a way to make money while you sleep, you will work until you die."