Without baseball crowds, some businesses grapple with a grim new reality 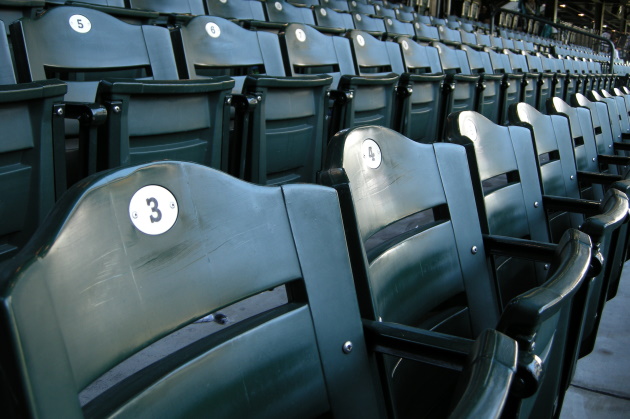 When people call baseball “America’s pastime,” it has very little to do with the country’s current interest in the sport. It is much more wrapped up in the fixture that baseball is in 29 cities across the country.

Baseball, more so than any other American event, is the ultimate reliable companion. For 162 nights, baseball will drone on for three hours in the background of people’s homes and bars. It is always there, the soundtrack to a childhood and a summer.

For vendors and businesses next to baseball stadiums, livelihoods bank on baseball’s reliable rhythms. The nightly trickle of fans into a ballpark, patronizing the hot dog stand and gift shop, is how many baseball communities stay afloat. This year, though, as the teams return to baseball, none of the universal laws of the sport will apply.

The 60-game, fanless sprint in Major League Baseball for 2020 is the antithesis of what anyone has known about the sport. And now, vendors and communities are paying a price.

“It hurts. It hurts all of downtown and anything surrounding the ballparks. You don’t have the amount of overall people down here,” said restaurateur Stephen Savage. He is co-owner of three downtown St. Louis bars and restaurants — Wheelhouse, The Midwestern and Start Bar — located on Spruce Street, just blocks from Busch Stadium where the Cardinals play.

Savage isn’t alone in this either. St. Louis, an iconic baseball town, is simply one of many communities affected by this. The businesses that normally hire for the summer to deal with the inventory are not doing so anymore. One couple, who met through selling hot dogs at American ballparks, may have to prematurely retire because of this.

“We’re totally dead, of course,” Cathy Rancilio said, who has been selling hot dogs with her husband since 1991. “We don’t know if we’re ever going to be back at this stage. We’ve been talking about it over the last couple of years about how to exit. We may have just been given that opportunity, but we wanted to plan it more than have it shoved on us.”

Different baseball towns are dealing with things in unique ways. Each ballpark is laid out in a way business have catered their customer experience for years. For example, Citi Field, where the Mets play, is more secluded from general walkways of New York City. That means, for businesses, they are far more reliant on fan traffic.

Other places, like Yankee Stadium located in the heart of the Bronx, can still hope that average New Yorkers just in their daily lives will be able to patronize shops right outside the ballpark.

“Those ballparks that are in active, vibrant downtown neighborhoods have more things going on and more of a chance of having some activity.” Paul Goldberg said, an author of “Ballpark: Baseball in the American City.”

“[If they are isolated, those businesses don’t] have a prayer until the spring of 2021,” Goldberg said.

There is an understanding now, of course, that this is the new way of life in the coronavirus. It doesn’t mean that it hurts any less. Chuck Morgan, the Texas Rangers longtime stadium voice, said that he has never seen a stadium without fans in his nearly 40-year run. He knows it is hurting businesses, but he says it hurts the people too.

“This is not the way it’s supposed to be. I’ve called over 3,000 games, but none without fans. It’s strange. It’s difficult. It actually hurts,” Morgan said.