With succession planning, avoid the ‘Alice in Wonderland’ syndrome 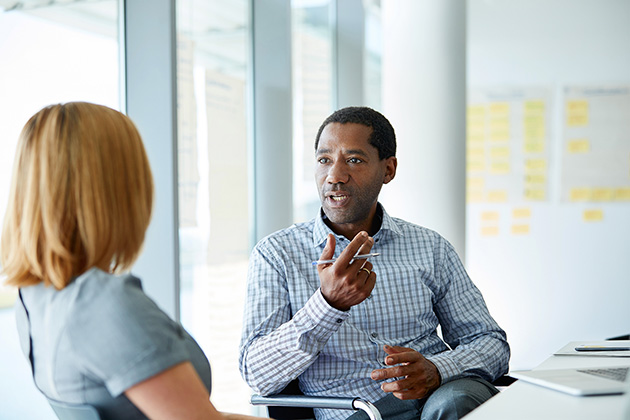 Do you remember Alice, the little girl who fell down a rabbit hole and ended up in Wonderland? As Alice wandered about Wonderland, she came upon a Cheshire Cat with a distinctive, mischievous grin. Alice and the shorthair tabby engaged in a conversation:

Alice: Would you tell me, please, which way I ought to go from here?
Cat: That depends a good deal on where you want to get to.
Alice: I don’t much care where—
Cat: Then it doesn’t matter which way you go…
Alice: So long as I get somewhere, Alice added as an explanation.
Cat: Oh, you’re sure to do that, if you only walk long enough.

The cat was implying that if you don’t know where you’re going, any road will take you there!

Sadly, when it comes to business continuity and succession planning, most business owners are like Alice — on their way to somewhere, yet with little to no idea what or where somewhere is, while hoping that someday they’ll find the perfect exit plan, somewhere.

Without an idea of how to execute a succession or business continuity plan, the tragic truth is that the typical businessperson who has spent a career building a successful business will rarely see the business continue beyond his or her involvement. These business owners will continue to work their way through Wonderland, hoping that someday they might find that elusive successor somewhere, who can continue to grow the business after they’ve exited.

Unless business owners are as intentional about their succession plan as they are about their business plan, when the time to exit is upon them they’ll discover that somewhere is a dead-end road where the company comes to an abrupt stop once they move on.

However, when business owners set off on a clearly defined course to build a company that someone else will want to take over, they not only recoup the investment they’ve put into the company, but they work to structure the company in such a way that it can succeed after they leave. In so doing, they build the kind of firm that people will clamor to buy once they opt to step aside.

The succession plan begins with creating a business that isn’t dependent upon its founder. Businesses whose survival is dependent upon the founder’s continued involvement are unable to become a legacy business. This is a common case among doctors, attorneys, accountants, financial planners and the like.

To ensure succession and not cessation, newly minted entrepreneurs will want to begin envisioning what their life will look like at age 60, even though they may be less than halfway there. While it can be difficult to think of the end while relatively near the beginning, the earlier they start planning for their eventual exit, the easier it will be to become emotionally prepared to do so when the time comes. Envisioning themselves selling their successful firm to someone willing to buy it for a king’s ransom gives them a somewhere to aim for.

Business owners will want to keep these objectives in mind as they undertake their succession planning:

1. Start with the end in mind.

To avoid the Alice in Wonderland syndrome, entrepreneurs need to heed the words of Stephen Covey: Always begin with the end in mind. As soon as a business is viable, an owner needs to begin planning for his or her eventual exit. Don’t wander around Wonderland hoping to someday end up somewhere.

Focus on what a great ending might look like and then prepare for it with ruthless conviction. The more a founder structures the business to be sold one day, the better the results will be, both near and long term.

This advice doesn’t necessarily pertain to real estate. It’s more about an attitude upon which to approach life. To carry the metaphor further, owners always improve their property, fighting to preserve it and making it as beautiful as it can be. Renters aren’t as invested in upkeep.

3. Build a company worth buying.

Building a sustainable, salable, multi-generational firm is doable, but it takes a commitment to see it through. This requires transparency and keeping impeccably accurate books. It also means paying attention to what differentiates the business from its competitors and nurturing this unique value proposition with great care.

A sustainable business is one that people want to come and be a part of every day. At the same time, cultivate the next generation of leadership by mentoring or diligently seeking the right person to sustain the business into the future.

Everyone, whether intentionally or not, has established an exit plan. The vast majority have a cessation plan, but few have established a succession plan — a plan for the business to continue. Ending with the beginning in mind sets an organization and its founder on an intentional road that will bring them to their desired destination.

Donald F. White is founder and CEO of Treasure Coast Financial in Stuart, Florida. He is the author of two audio series entitled “Legacy Planning” and “Building a Great Business.” For over 20 years, Don’s daily radio broadcast, God’s Money, was heard on WAY-FM in South Florida and on the Internet worldwide. His new book is “Always End with the Beginning in Mind: How Firms Remain Great After the Founder Exists” (Made for Success Publishing, April 6, 2021). Learn more at donaldfwhite.com.