Will Senate’s healthcare failure open the door to bipartisanship? 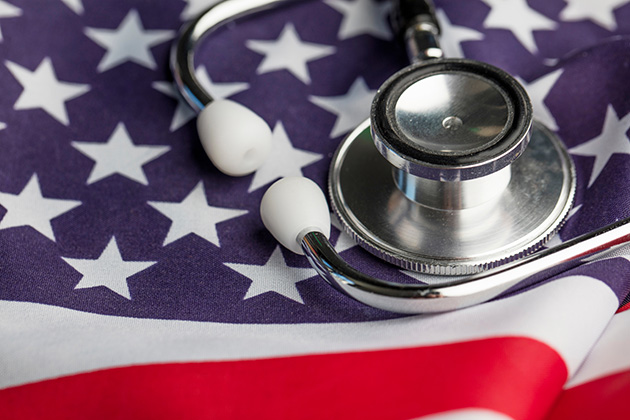 A week ago, the Republican Party's efforts to overturn the Affordable Care Act came to a crashing halt when two key Senators refused to back the repeal-and-replace plan. But in Washington, D.C., the GOP's efforts to end Obamacare — due in part to its insurance mandates, prices and taxes — continue.

Republicans have a last chance to do the right thing on Repeal & Replace after years of talking & campaigning on it.


"Republicans have a last chance to do the right thing on Repeal & Replace after years of talking & campaigning on it," Trump wrote.

Sen. Majority Leader Mitch McConnell (R-Ky.) is proceeding accordingly with the first half of "repealing" the law.

"After consulting with both the White House and our members, we have decided to hold the vote to open debate on Obamacare repeal early next week," he said on the Senate floor last week.

However, the GOP's consultation among Trump, McConnell and other Republican senators raises the question of the party's go-it-alone strategy. Why? The GOP controls 52 members of the Senate, but seems to lack the 50 votes required to allow a procedural vote on former President Barack Obama's 2010 signature healthcare law.

Sens. Rand Paul (R-Ky.) and Susan Collins (R-Maine) have already declined to support the Better Care Reconciliation Act (BCRA), which was the repeal-and-replace plan. The former claims the party's current healthcare bills do not go far enough. The latter worries about deep spending cuts to Medicaid, the federal program of healthcare for low-income Americans that expanded by roughly 10 million people under the ACA.

In the meantime, Sen. John McCain (R-Ariz.) is away receiving treatment for brain cancer, and it is unclear when he will return to the Senate.

Further, GOP efforts to overturn specific elements of the ACA have also gone south, according to Julie Rovner of Kaiser Health News (KHN), a nonprofit news service independent of the Kaiser Family Foundation.

"The official rules keeper in the Senate Friday tossed a bucket of cold water on the Senate Republican health bill by advising that major parts of the bill cannot be passed with a simple majority, but rather would require 60 votes," Rovner writes.

All 48 Senate Democrats oppose ACA repeal. That and the Republicans' lack of votes means the hour is late for a GOP-only reform of the ACA.

"The Senate needs to start from scratch on bipartisan improvements to the ACA," said Anthony Wright, head of Health Access California. "There are proven proposals that could actually cover more people, reduce deductibles and stabilize the insurance markets — the opposite of what the current Senate bills do. Congress could learn from California's experience improving upon the law, with proposals that got bipartisan support here."

So what can we expect in Congress?

Sen. Minority Leader Chuck Schumer (D-N.Y.) declined a request for comment on the prospects for a bipartisan compromise. However, the vote deficit of Senate Republicans to repeal the ACA could open the door to healthcare policy talks with Democrats, according to Sen. John Thune (R-S.D.), chairman of the Senate Republican Conference.

Other questions remain. Can bipartisan ACA talks begin while the president rhetorically undermines the federal law? What about other tactics at his disposal to weaken the ACA?

Shefali Luthra of KHN is reporting that the Trump White House can undermine the ACA five ways, two of which are reducing federal payments for healthcare insurance co-pays and deductibles; and weakening the ACA’s individual insurance mandate.

Trump seems to believe repealing the ACA will open the door to working with Democrats on a new bill: "Republicans should just REPEAL failing ObamaCare now & work on a new Healthcare Plan that will start from a clean slate. Dems will join in!"

Republicans should just REPEAL failing ObamaCare now & work on a new Healthcare Plan that will start from a clean slate. Dems will join in!