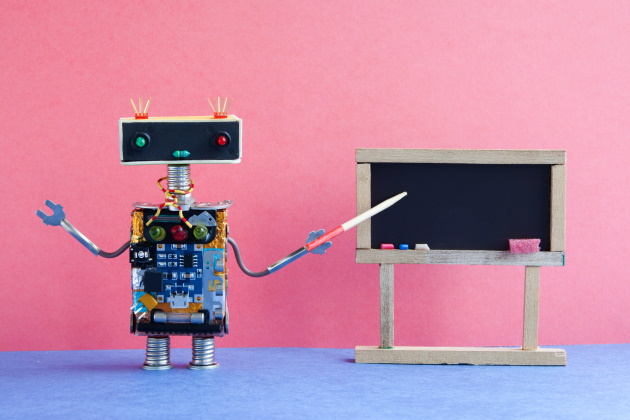 We humans have long been fascinated by our interactions with robots. For decades, the interaction was largely fictional. In reality, robots were primitive, shaky and oh so discouragingly limited!

Why AI Will Replace Teachers

Most Americans are somewhat aware there’s a teacher shortage in this country. Few understand just how severe this problem is. A recent study by the Economic Policy Institute notes that frequently cited figures, such as the Learning Policy Institute’s estimate of a shortage of 110,000 teachers by the 2017-18 school year, actually undercount the real number.

Why? Because the teacher count includes one-third who “do not have an education background in the main subject they teach;” at least 9% are teaching without being certified; and one in five has less than five years’ experience. Each year, “more than 200,000 teachers leave the profession.” Research shows that this shortage is growing rapidly and will continue to do so.

With the onset of COVID 19, every prognosis gets considerably worse. One of the biggest reasons that teachers leave the profession (or that graduates look for jobs other than teaching jobs) is the poor pay. At this point and for the foreseeable future, neither school districts, states, nor even the federal government are going to have the financial resources needed to cure this problem.

In short, AI programs will replace an increasing number of teachers simply because there aren’t enough humans to do the job and not enough money available to pay teachers the kinds of salaries that would motivate more graduates to enter the profession.

One thing COVID-19 has revealed is that a lot of what used to take place in a physical workplace can happen virtually. Until this year, my wife’s work involved giving two to three corporate speeches each month. Now, she gives several times more speeches each month, but on Zoom. And Zoom is just the beginning.

Similarly, a student with a laptop can learn math as well, and possibly better, from a well-conceived interactive AI program than from an under-credentialed, relatively inexperienced teacher without a heavy math background.

Advances in AI and in digital programs generally mean, for example, that a student’s robotic math teacher can speak and/or write in ways that will most benefit the individual student. Students who work well on their own can set the program to intervene conservatively; students who need a lot of real-time help can get as much as they like simply by asking for it.

What Will Happen to Human Teachers?

Workers often feel threatened by digital programs that can replace them. They aren’t wrong to do so. A lot of experts in the subject believe that a number of jobs “will be totally automated in the next five to 10 years.”

The situation with teachers, however, seems to be that their jobs are among those that will not be replaced. First, from the growing shortage of teachers, one can infer that many needed teachers will not be replaced because they weren’t there to begin with. Nor will schools using a preponderance of AI programs no longer need teachers.

Rather, their roles will change and — my personal opinion as a former teacher — the profession will become more attractive because of it. There’s nothing particularly inspiring about helping a group of not-very-good readers plow daily through a story the teacher has heard being read badly many times before. Freed from that, the teacher can become more like a “wise elder,” the student can come to for encouragement and advice. AI programs will allow students in the same classroom but at widely different learning levels to learn at their own pace. Again, the teacher’s role becomes advisory — how to tailor a math program to fit each student’s specific needs, for example.

Freed from many of the less inspiring tasks that have traditionally been an inescapable part of teaching, future teachers will have more time to interact personally and to do what humans will always do best: be human and fully present for every student.