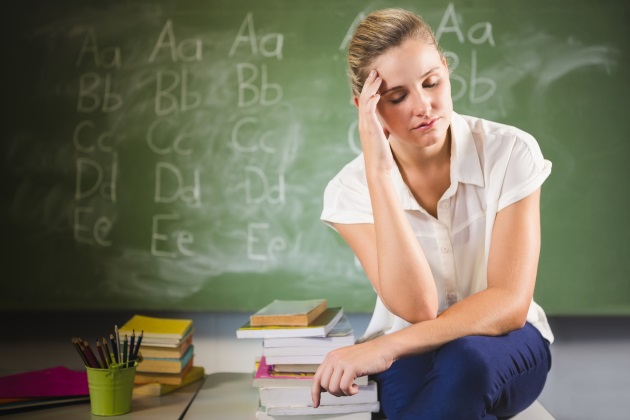 Ohio, Georgia, California, and Kansas were some of the first states to announce massive budget cuts in K-12 funding, and others will almost certainly follow soon. Ohio Gov. Mike DeWine said the state cut $300 million in K-12 funding while Georgia asked its schools to brace for significant cuts for next year.

COVID-19 has led to a deep economic downturn that some say is worse than what Americans faced during the Great Depression. To date, over 38 million people have filed for unemployment aid. K-12 budget cuts in districts across the country will result in laid off teachers and other workers. The education of a generation is at stake, and vulnerable children and families are facing higher risks.

State income and sales taxes have been drying up along with business closures. The state budget shortfalls during the next three years may total a staggering $765 billion. Since states provide 47% of all K-12 funding, the impact of this deficit on public education will be severe.

K-12 schools were already understaffed and underfunded when COVID-19 hit; if states do not gear up to avert the budget crises, it will weaken the future economy that depends on a well-educated workforce.

Though House Democrats have proposed nearly $1 trillion in additional state, local and education aid, almost 470,000 public school employees across America have already been furloughed or laid off. Federal policymakers must provide significant fiscal relief and fast to minimize any education cuts and help the states. But while they come to a bipartisan decision, states must find ways to protect education funding by closing tax loopholes and drawing on their reserve.

In Ohio, massive budget cuts will impact not just education, but the many other programs public schools are running to support students during the quarantine. From online learning to delivering meals, much of what they do is reliant on the 75% of their funding that comes from the state. They fear that though the school year is almost over, the summer school and summer feeding programs are at risk.

In Kansas, the coronavirus pandemic has led to a $650 million budget deficit for the fiscal year that starts July 1. K-12 schools make up about half the state’s spending, and wide-ranging budget cuts may affect them hard.

The state just resolved a decade-long lawsuit over school spending and passed a $120 million more for the primary education budget in March. But then COVID-19 hit, and lawmakers and the governor are trying to fix the financial situation, which looks dire at this point.

Colorado cut close to $500 million from the higher education budget, and further cuts are expected for K-12 education. Schools have still not recovered from the budget cuts and staffing shortage during the Great Recession. The Colorado Education Association (CEA) suggested that the state pause accountability systems, like standardized testing, which cost about $24 million last year, along with cuts to other departments and a tax relief bill.

In California, schools are bracing for impending disaster as Gov. Gavin Newsom has proposed a 19% cut to K-12 education to deal with a $54 billion deficit. The pandemic-induced recession came after the shift to e-learning as schools scurried to provide millions of students with lunches and laptops while preparing teachers and campuses for social distancing learning. Reducing the budget will impact people severely and could even delay the start of the next school year.

Michigan K-12 schools are preparing for the worst as they face a crippling decline in state funding. Education leaders have warned that schools could lose as much as 20 to 25% of the per-pupil grant they receive from the state. With the likely loss of several billion dollars in state revenue, school districts are wondering whether they will survive the drastic funding cut coming their way.

Amid such devastating news, one wonders whether the $13.2 billion in emergency relief funds that U.S. Secretary of Education Betsy DeVos announced will be of any help. The funds will be allocated to support continued learning for K-12 students.

Districts can use their Elementary and Secondary School Education Relief (ESSER) Fund for acquiring tools and resources for distance education, developing and implementing plans for the next school year, and ensuring student health and safety. But with the new budget cuts announced, will this be enough?

Secretary DeVos also announced the availability of an additional $300 million in discretionary grant funds. However, the funds will be available through a grant competition where states can compete by presenting their creative ideas of developing postsecondary tools that aid economic recovery and flexible K-12 models.

The competition is divided into $127.5 million for the Reimagining Workforce Preparation Grant and $180 million for the Rethink K-12 Education Models Grant. Created ostensibly to support agile learning opportunities during this national emergency, it has nonetheless sparked huge debate and controversy. Since all states are facing a crisis, the question of competition may lead to more disruption.